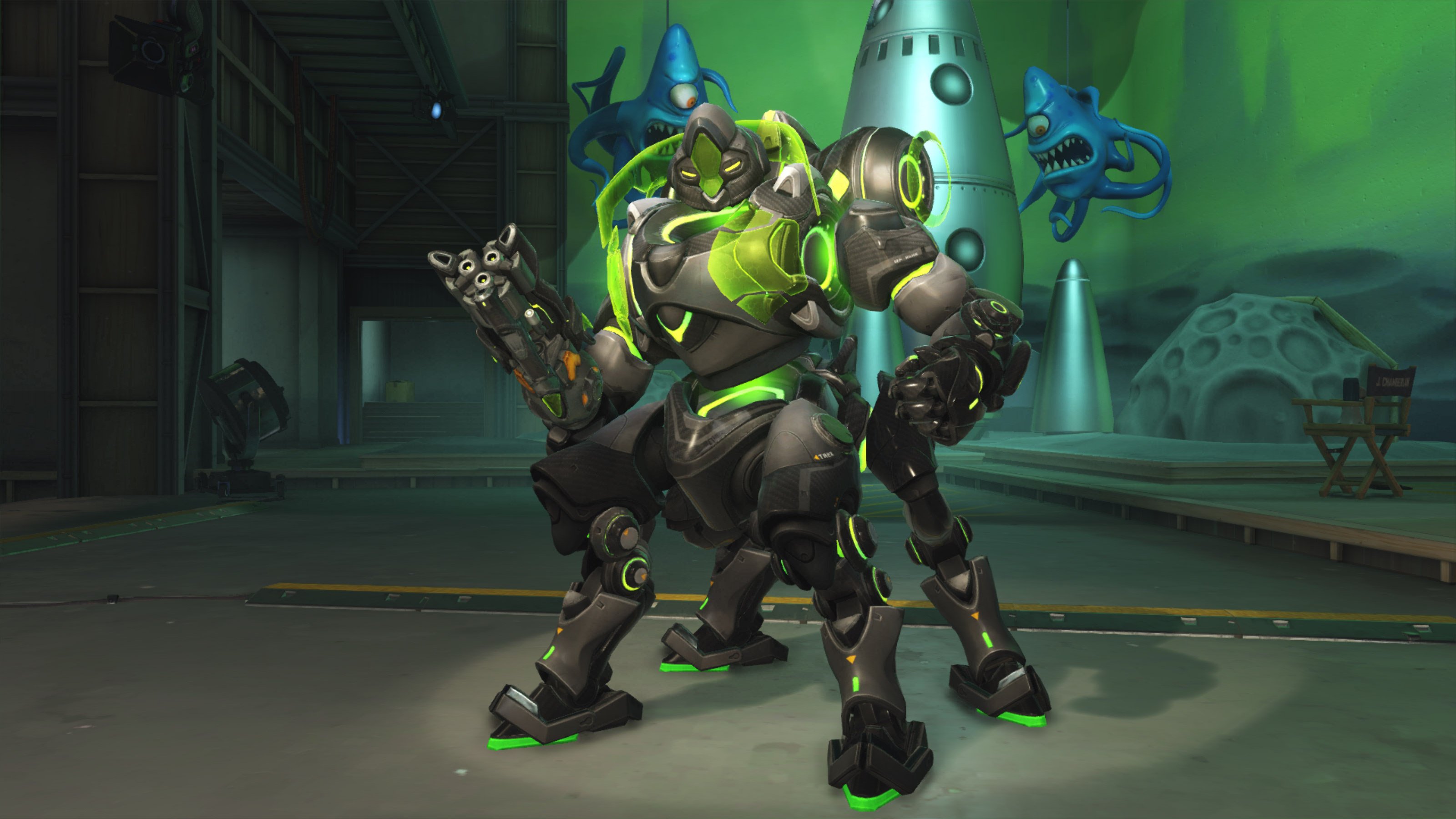 Orisa, Overwatch’s new quadrupedal robot hero, is one of developer Blizzard Entertainment’s first female tanks that can match Winston’s or Reinhardt’s size—besides D.Va’s mech, but that’s just her mech. Her hulking presence was of great interest to Blizzard, Overwatch game director Jeff Kaplan said in a Developer’s Update, as no other woman in the game had such a challenging look.

And her look is incredibly cool. Using the body of an OR15 defense robot, 11-year-old inventor Efi Oladele created the hero of the future. Though Orisa is only available on Overwatch’s public test region right now, she already has a bunch of skins that add to her futuristic design.

And, of course, here’s her golden gun.