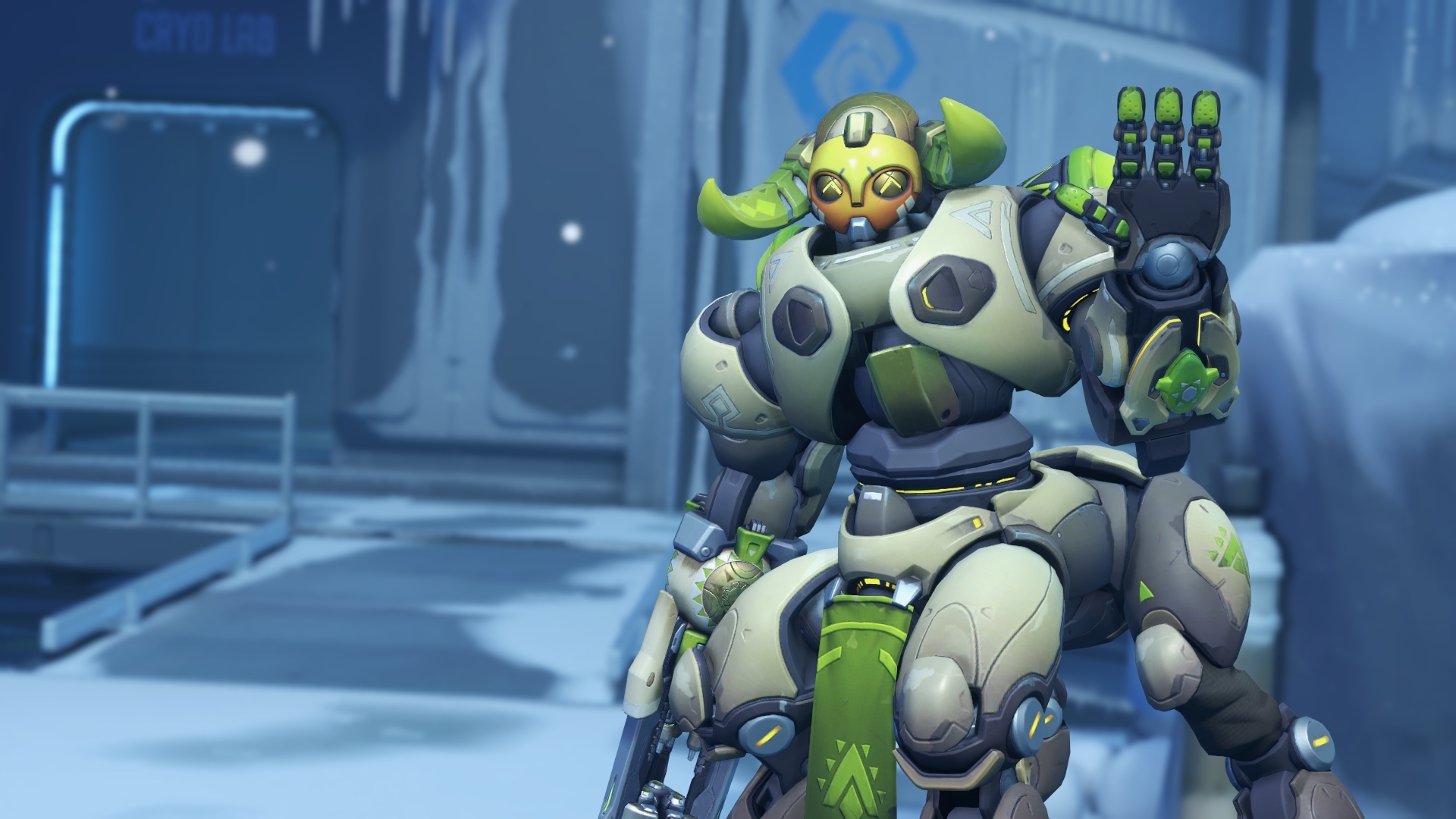 It’s been over a month since Overwatch’s 24th hero Orisa hit the live servers, and to say her impact on the competitive meta has been underwhelming would be an understatement.

Orisa is an interesting hero. Her kit is strong, but not strong enough to find a place at the highest level of play just yet. She’s kind of a jack-of-all-trades and master of none, as she does a number of different things, but seemingly all of her abilities are done better by other heroes.

Her DPS is consistent and decent with a 150 round magazine, but the projectile nature of her primary fire makes it very difficult for her to keep up with fast heroes. Her Protective Barrier is decent, but with only 900 health it disappears way faster than Reinhardt’s shield, which has 2,000 health.

Her most useful ability is her secondary fire called “Halt!” which basically fires a miniature version of Zarya’s Graviton Surge ultimate, and can be used to pull people off ledges. It’s here that Orisa has found her only real playtime on the competitive circuit, especially on the Sanctum point of Control map Nepal, which is rife with many environmental kill opportunities.

But that’s basically it for her. Orisa has seen a grand total of 30 minutes and 24 seconds of play time across all recorded tournament play, according to the Overwatch statisticians at Winston’s Lab. This includes OGN Apex season two and multiple online tournaments, like the above Overwatch Monthly Melee by Alienware.

That ranks Orisa as the fifth-least played hero, behind Bastion, Symmetra, Hanzo, and Reaper. Her situation isn’t as dire as some of the others, but even the much-maligned Sombra has seen two more hours of playtime in the same time period.

When she was deployed, Blizzard Entertainment described Orisa as an anchor tank. “Your safety is my primary concern,” she boasted in her trailer. As of now, she can only truly supplement other tanks and only in certain team compositions. Part of the issue is that dive compositions are way more prevalent, and she simply cannot keep up.

As a tank, she has just 200 armor and 200 health for 400 total HP, which ties her with Zarya for the lowest health pool of any tank, and even Zarya has shields that regenerate. Orisa’s Fortify ability helps with her squishiness, but her limited mobility and large hitbox makes her an easy target to get shredded by DPS heroes.

With these things in mind, we have a few ideas on how to make Orisa more viable.

This would be a great start for Orisa’s viability, as she would be more in line with other tanks and help her survivability in a big way. As it stands now, she is way too easy to kill, even with her Protective Barrier ability helping Orisa defend herself.

Mobile heroes can way too easily out-maneuver Orisa’s slow aim, so increasing the speed of her projectiles would be a good step for helping her deal some damage to heroes like Pharah. She’s not a hitscan hero by any means, so the buff shouldn’t be too substantial, but anything would help.

Orisa currently moves at 2.75 meters per second while firing, which is the same speed as D.Va while she does the same. The main difference is that D.Va is way more mobile than Orisa thanks to her MEKA’s Boosters. A slight increase to her movement speed would also help her out in fights.

If Orisa is truly going to slide into an anchor tank role, her shield needs to be better. If it was increased to maybe 1,200 health while also increasing the cooldown timer so she couldn’t deploy it as often, she might be able to protect her team a bit better. In a recent PTR update, though, the shield’s cooldown was reduced to 8 seconds from 12, which is an improvement and a good start.

We’re not saying that all of these buffs should be applied at once, but we think they’re good starting points for helping Orisa reach her potential and actually see some playing time in a meta that is admittedly balanced while simultaneously missing about half of the roster.