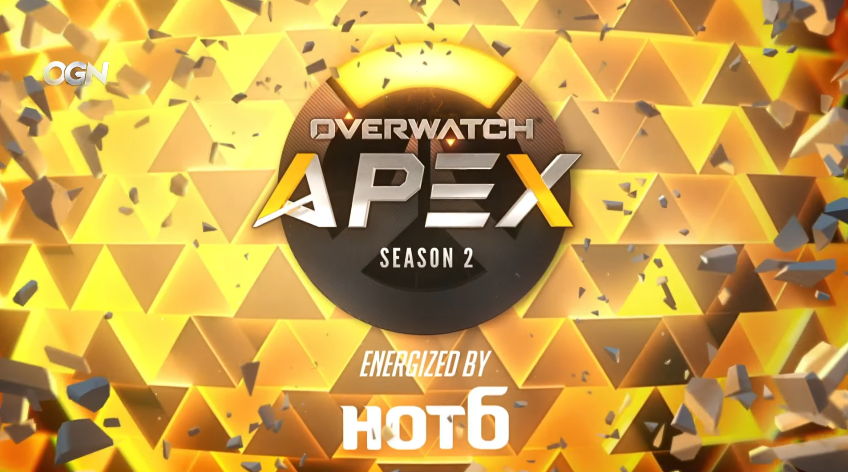 The second season of the Overwatch APEX league was one of the most entertaining Overwatch tournaments to date. It produced hours of highlight reels, some epic storylines, and culminated in the best series of Overwatch ever played.

But it wasn’t all fun and games. Hidden among the awe-inspiring plays and Korean esport silliness were some very serious lessons about the scene and the game as a whole.

Perhaps the most notable difference among the top teams in APEX was their consistency. Looking back at season one it appears a mess in comparison to how cleanly attacks and defenses were played out this season.

This is largely due to the emergence of set plays, a practiced strategy that can be executed consistently to gain advantages. They can be map-dependent, such as Meta Athena’s double sniper attacks on King’s Row and Dorado, composition-dependent, such as Lunatic-Hai’s biotic grenade combos.

Ryu “Ryujehong” Je-hong throws his biotic grenade in order to deny the healing onto the enemy supports. Immediately, Lee “Whoru” Seung Joon’s Genji and Gong “Miro” Jin-hyuk’s Winston dive upon them and execute RunAway’s Ana. The rest of Lunatic-Hai quickly capitalizes on the free kill and streams in to pick off more players and extend their defensive advantage.

This one-two punch of biotic grenade into execute-by dive is a combo that can be pulled off on any map. In fact we also saw Lunatic-Hai use this tactic on Temple of Anubis against LW Blue during the group stage to eliminate the enemy Zenyatta.

These sorts of executes require crisp communication and teamwork. Because they take just seconds to execute, however, it’s the type of play a team can drill a dozen times in just a few minutes. The ability to practice the play over and over means that the smallest timing windows can be perfected.

And it extends past combining multiple players’ abilities. A set play can take the form of creative attack routes that enable the attackers to assail the defense from multiple angles. The most worrying part about set plays is that they don’t always have to be used.

For example if you are playing against a team who has shown three different innovative strategies for attacking the first point to Temple of Anubis, you want to avoid playing them on that map at all costs because you’ll have no idea what to expect.

You have to somehow set up your defenses to be prepared for not only a standard attack, but also each of their tailed strategies. You may get lucky and foil their first attempt, but after they see your defensive setup they can simply return with a new tactic and overrun you.

Moving forward in Overwatch it seems clear that having a playbook, literal or metaphorical, will be crucial. Because your opponents can’t see your hero selections until the battle has already begun, it becomes a guessing game about what strategy you are executing. And the more set plays you’ve drilled, the harder it is for your opponents to prepare.

Last weekend, Lunatic-Hai defeated RunAway 4-3 in what was the best series of Overwatch to date. That victory has been nearly seven months in the making, as Lunatic-Hai has always come up just short and unable to claim a major title. But despite being finally being crowned kings, Lunatic-Hai’s victory still raises a troubling question: What will become of Kim “Esca” In-jae?

The secondary DPS player struggled through much of the season to have the game impact expected of him. The rest of the Lunatic-Hai roster were skillful enough to carry the team through the group stages and quarterfinals. But without Esca carrying his own weight, a championship seemed doubtful.

In both the semifinals and finals, Esca woke up late in the series and was a large factor in pushing Lunatic-Hai over the edge to close out their series against Meta Athena and RunAway. Credit where it’s due: His performances were absolutely crucial in closing the tournament in Lunatic-Hai’s favor.

But what would Lunatic-Hai look like with a more consistent player in Esca’s spot? The way their roster is designed, you don’t require explosive play from the second DPS player, as Whoru and Miro provide plenty. Instead, it’d be beneficial for Lunatic-Hai to have a player who can consistently maintain a high level of play.

Names like Park “Saebyeolbe” Jong-ryeol and Jeong “Recry” Taek-hyun immediately come to mind. Both provide consistent game impact without the need for heavy resource investment from their teams. Saebyeolbe brings a higher level of skill on Tracer, but Recry wins out the McCree battle. Saebyeolbe also proved to be one of the best Roadhogs in Korea, however, a tool that Lunatic-Hai has always lacked.

With a steadier DPS player in Esca’s position who brings new tools to the table, Lunatic-Hai would have never needed to go to game seven against RunAway. While Esca did twice wake up late in the series, it made for a terrifying waiting game.

Even worse: Next time he may not wake up.

The most startling revelation of the second season of Overwatch APEX came from Meta Athena and their Mei shenanigans. Their constant innovation highlights a simple fact about the current state of Overwatch: We haven’t even scratched the surface of what is possible on each map.

We’re rapidly approaching a point in professional Overwatch where the interactions between heroes are nearly worked out. We understand, for example, how to counter static triple-tank compositions and have worked out basic composition counters. This is the sort of knowledge we have learned from watching or playing thousands of games until the interactions are drilled into our minds.

Much of the knowledge we’ve gained so far has come relatively passively. The knowledge of maps Meta Athena shows was clearly gained by sitting in a test server searching for answers. Whether it be new Mei boosts or angles to throw Sombra’s Translocator, their quest for new tricks was obviously rewarded.

Meta Athena’s innovation this season proved that while we have come a long way in developing our understanding of the game, we have an even longer road ahead.

This season was not friendly to the four invited Western teams. They won a total of five series, with under a 40 percent map winrate. There were outside factors, like many of the Western teams had subpar practice leading up to APEX and therefore how slow starts to their season.

Only EnVyUs survived until playoffs, and even the reigning APEX champions were unable to progress any further, falling out of the quarterfinals 0-2. As the top six teams in the tournament were now Korean rosters and the dominance of the region has never been clearer.

Sure there will always be challengers, such as the current Rogue roster, to the dominance of Korea, but as a whole the region makes a compelling argument for superior strength to either Europe or North America.

In between the first two seasons of Overwatch APEX, there was a mass roster shuffle as each team attempted to consolidate available talent. As we saw this season these efforts were not in vain. Down the top six Korean rosters in the tournament, each lineup is excellently crafted with a balanced mix of star carries, explosive playmakers, and a steady supporting cast.

The sheer amount of incredibly talented players in Korea is staggering. Beyond the playoff teams, there are rosters like BK Stars with star players Chae “Bunny” Joon Hyuk and Shin “Bernar” Se Won, the Tracer and Zarya players respectively.

Even the rosters who must fight for survival in the promotion tournament have very talented players. Conbox Sprit’s main tank Noh “Gamsu” Yeong-jin is famous for his time as a League of Legends pro on Fnatic and Dignitas. And now he is an excellent, if underrated, Overwatch pro.

Even on Flash Lux, one of the worst teams in APEX history, there are shining stars. Byung “Fleta” Sun Kim put on some amazing Pharah performances during the group stage as he attempted to drag his teammates across the finish line. It wasn’t enough, but his play impressed and it’d be no surprise to see him picked up by a better team heading forward.

There are even many terrifying challenger teams in Korea. X6-Gaming, who is coming into the promotion tournament as the No. 1 seed, has taken a series off of Lunatic-Hai, a feat that has only been matched by Rogue, RunAway, and Kongdoo Uncia.

That series win qualified X6-Gaming for the Spring Nexus Cup where in both the winners bracket and grand finals they were crushed by wNv.KR, another Korean challenger team who has never even attempted to play in APEX.

The point being that this season of Overwatch APEX proved the talent in Korea runs deep, far beyond the scope of the elite teams and even deeper than the premiere tournament. That talent depth bodes incredibly well for the longevity of Korean dominance.

Korea’s talent pool makes the West’s seem like a puddle. Unless there is a focus on scouting and developing upcoming talent the West may never catch up.