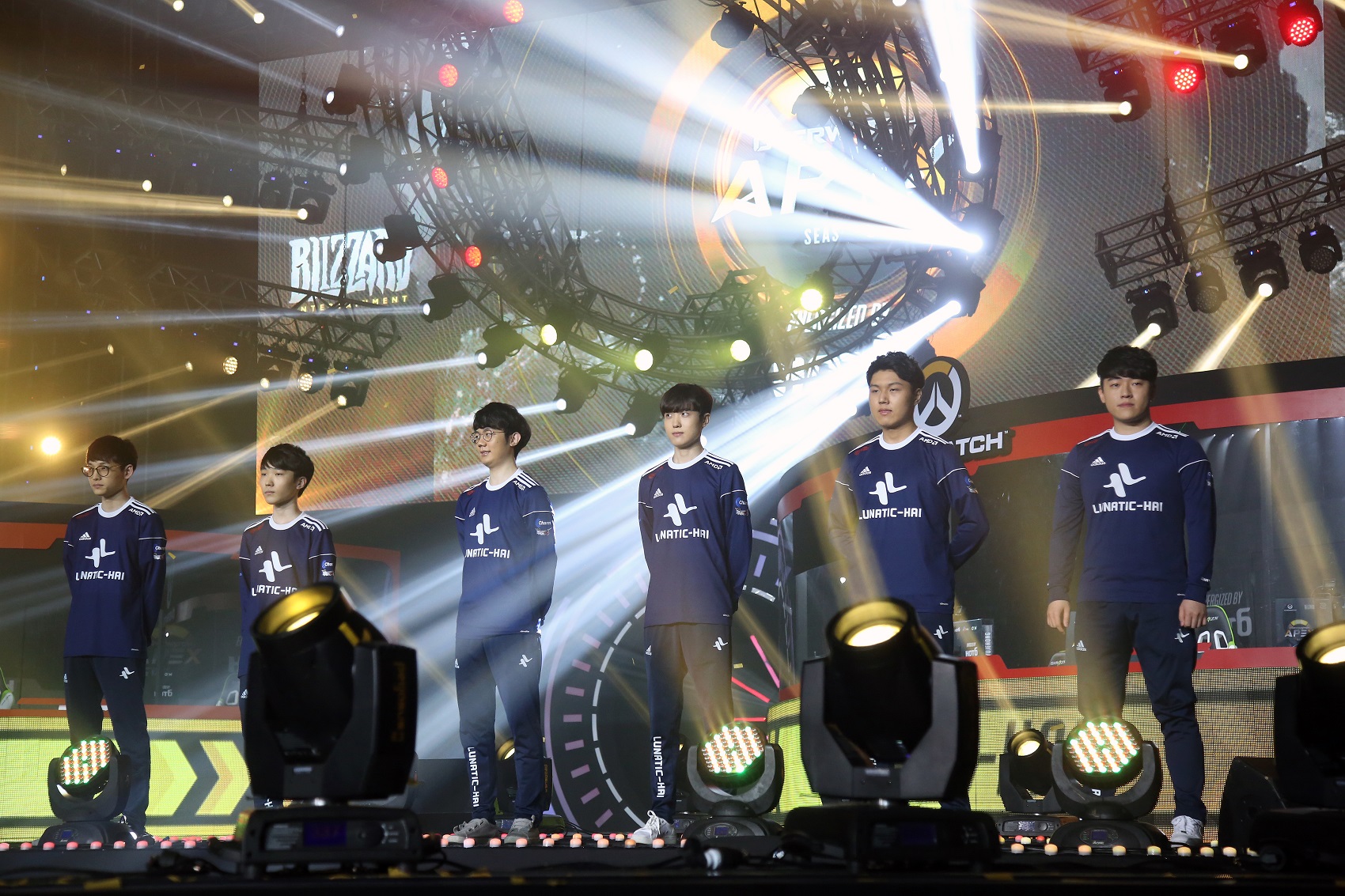 After winning back-to-back OGN Overwatch Apex championship titles, Lunatic-Hai will not move on to the tournament’s playoffs in the fourth season.

That’s right: Underdogs GC Busan swept Lunatic-Hai for a second time. In the final group stage match on Oct. 6, Lunatic-Hai looked uncoordinated—and GC Busan capitalized on that. Now out of the prestigious South Korean tournament, Lunatic-Hai will have to shift their focus to fixing their issues ahead of Blizzard’s upcoming Overwatch League.

The best-of-five series today began on Lijiang Tower, where Lunatic-Hai captured the first point. Points continued to be flipped back-and-forth between GC Busan and Lunatic-Hai, but Lunatic-Hai couldn’t close out the captures—and that map set the tone for the entire series.

GC Busan consistently targeted Lunatic-Hai tank Gong “Miro” Jin-hyuk’s Winston, which left Lunatic-Hai out of sorts. But it’s still hard to blame the loss on just one Lunatic-Hai player: There were multiple mistakes made as a whole, with each mistake just building upon the last. A disastrous defense from Lunatic-Hai on Eichenwalde is the perfect example of their uncoordinated efforts.

As GC Busan pushed the payload toward the Eichenwalde castle, Lunatic-Hai mounted a defense right at the castle doors. There was just a minute remaining on the clock, and on any other day, Lunatic-Hai likely could have held the point there. What went wrong for Lunatic-Hai?

Miro and Genji player Lee “Whoru” Seung Joon jumped through the window above the castle doors right as the payload was approaching: That’s not inherently bad. It’s when Miro rocketed to the enemy backline that everything fell apart. Right as he landed, Miro used Primal Rage, surely confident in his ability to wipe the supports lagging behind. His DPS allies, however, weren’t doing enough against the enemy frontline, and GC Busan took their attention away from the payload to eliminate Miro. As GC Busan turned around to deal with Winston, GC Busan D.Va player Sung “WOOHYAL” Seung-hyun bopped Miro off the bridge to his death.

It’s not like a support would have saved Miro from the fall, but it’s important to note that he was way too far away from them, too.

With precision, GC Busan split up Lunatic-Hai and forced their players to overextend in desperation. And after Miro’s death, the whole defense was shredded. Moon “Gido” Gi-Do and Whoru were eliminated, and the push was successful. Across all three maps, however close they were at times, GC Busan just played better than Lunatic-Hai.

Miro died entirely too much, Gido and Whoru lacked the flexibility needed to take on GC Busan, and they weren’t aligned correctly for support from Ryu “Ryujehong” Je-hong and Yang “tobi” Jin-mo.

GC Busan will move on to play Cloud9 KongDoo on Oct. 10. RunAway will take on Nc Foxes come Oct. 13. The third place match will follow on Oct. 17, while the Overwatch Apex season four finals are scheduled for Oct. 21.

From here, Lunatic-Hai will likely focus on their efforts as Seoul’s Overwatch League team. If there’s one team that can bounce back from a devastating loss, it’s Lunatic-Hai.