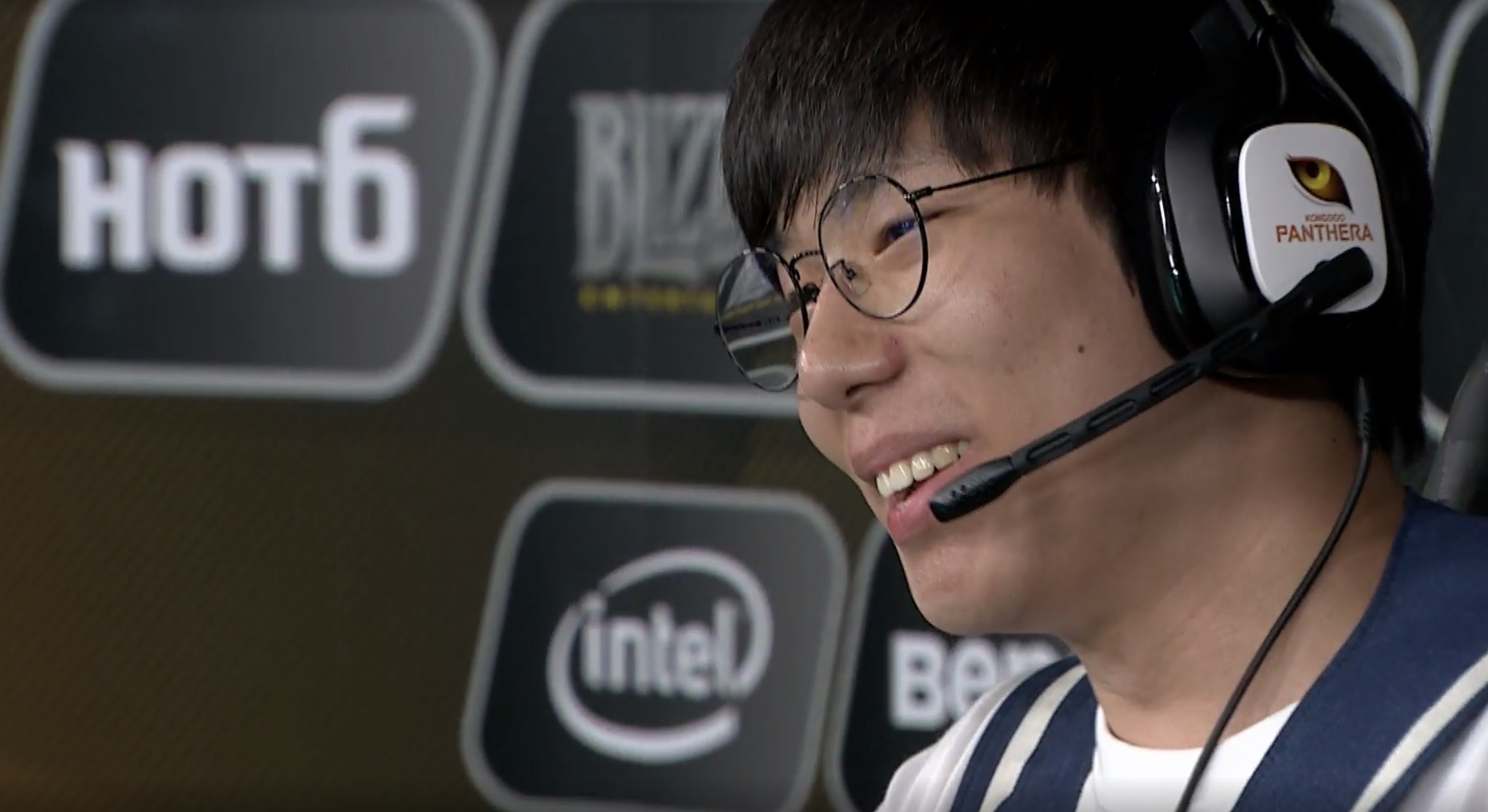 Pushing the Dorado payload toward its golden parking spot, Lunatic-Hai looks like they might be able to tie up the series 2-2 against KongDoo Panthera in the OGN Overwatch Apex playoffs. It’s Lunatic-Hai’s moment to come alive, directing the payload past the second checkpoint, just inches away from a win.

Just meters away from capturing the last checkpoint, Moon “Gido” Gi-Do doesn’t wait long before unleashing Genji’s ultimate. Whether it be excitement or nerves—Gido is a rookie on Lunatic-Hai—it is the wrong timing for Dragon Blade. Chasing An “wakawaka” Jee Ho, on Lúcio, toward the defending spawn, Gido likely thought it’d be an easy support kill. But once he got there, the Genji player is met with fury from KongDoo Panthera.

Before he’s able to really do anything with the Dragon Blade, Gido is taken out by KongDoo Panthera.

With just a tiny sliver of ultimate mismanagement, it snowballs into a scrappy hold by KongDoo Panthera.

Patience is key in competitive Overwatch. And with just a bit more, Lunatic-Hai may have been able to get the payload moving just mere meters to secure a win. But instead, it’s KongDoo Panthera that holds onto their ultimates and ensuring they get the most out of each one. In particular, Yang “Luffy” Seong Hyeon’s Transcendence on Zenyatta is just the tipping point KongDoo Panthera needs. Though he gets taken out shortly after the ultimate expired, Luffy is able to keep his team alive long enough to stall the payload. And that’s how two minutes whittles down to 30 seconds—Lunatic-Hai just falls apart.

In a last ditch effort to move the payload, Kim “EscA” In-jae sneaks in on Tracer and drops a Pulse Bomb right in the middle of battle, but it whiffs. Tracer’s Pulse Bomb is rendered null, likely by D.Va’s Defense Matrix, and Lunatic-Hai has no more ultimates at their disposal. KongDoo Panthera does. With a Dragon Blade, Sound Barrier, Primal Rage, and Self Destruct, KongDoo Panthera wipes Lunatic-Hai and takes the series 3-1.

Earlier in the day, things went similarly bad for Meta Athena in their match against Afreeca Freecs Blue. Like KongDoo Panthera, Afreeca Blue was out for revenge—and they got it. Contrary to Meta Athena’s creative and surprising style of play, the team came out with standard strategies that Afreeca Blue simply outplayed. The series was over and done with fairly quickly, with Afreeca Blue winning 3-0.

Overwatch Apex continues June 16 with X6-Gaming versus Afreeca Blue and LuxuryWatch Blue versus KongDoo Panthera in the upper bracket. The lower bracket of the second group stage will take place June 20 with Team EnVyUs versus Meta Athena and ConBox Spirit versus Lunatic-Hai.