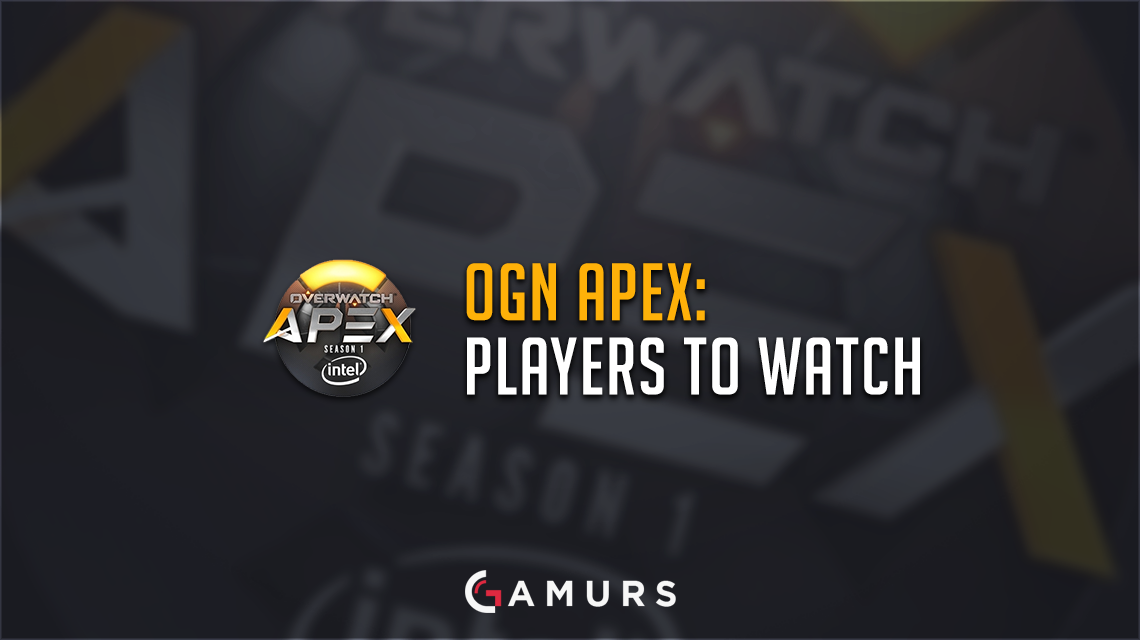 In the Apex league, we have 12 Korean teams and four western teams. As Overwatch fans are already familiar with the western team lineups and players, they will not be covered in this series. Instead, as the 12 Korean teams debut, I will be discussing the standout player to keep your eye on as the season develops.

Reaper is obnoxious in the best of circumstances. Invulnerability and his damage output, especially with Nano Boost, make him a threat to everyone. Similarly, a skilled Genji is difficult to handle due to his mobility. But worst of all, the dread we all feel when against a Mei who knows what they are doing.

Unfortunately for the foes who have to face Conbox T6, Myunghoon is incredibly potent on all three. We’re in a period of Overwatch where great Genji players aren’t rare, even more common are great Reaper players. But truly great Mei players are still a bit of an oddity, and it’s on this pick where Myunghoon really separates himself.

He is just as adapt as anyone at blocking off approaching teams with the wall, and his timing on Blizzards is among the best. But how Myunghoon’s Mei most notably stands out is with his right click accuracy. It’s unique because Mei is one of just a few heroes in Overwatch whose bullets have an arc trajectory, and so far, he hasn’t shown any of the other three.

But despite seemingly only playing Mei out of the bunch with arc shots, his accuracy is second to none. He transfers his skills tracking enemy players, but reminds himself to aim upwards and repeatedly lands headshot after headshot at any range.

His skill on Mei makes him such a devastating force when defending, but his obvious proficiency on more traditional damage picks means that he is such a well rounded player and one we need to keep an eye on.

When it came to picking a single player to highlight on Conbox T6, I had a difficult time. I had so many options as Gamsu, Myunghoon, and TheHell would have all been valid choices. So I had to weigh their value to the team and eventually, I chose Myunghoon, although Gamsu was an incredibly close second.

However, when it came time to select a player to highlight for Mighty Storm, I had the opposite problem. I had to find a player I could justify highlighting. Their opening series was a disappointing showing, as they lost 3-0 in quick fashion. But upon reviewing their play again, there was one bright spot. That lone bright spot was that of Jack.

Jack debuted on Nepal, choosing to play Tracer. His use of blinks and recalls was excellent, allowing himself to constantly harass the enemy supports. But where his Tracer lacked was how infrequently he actually landed a Pulse Bomb. What should be a large impact ultimate instead missed its mark and detonated harmlessly.

Where he really shone was on Roadhog. Jack was consistently hitting high impact hooks on supports, gutting his foes offense. But hitting hooks is a basic part of playing Roadhog, and Jack excelled at an often underrated part of Roadhog.

Jack’s usage of Roadhog’s ultimate, Whole Hog, was well above average. He saved the ultimate to counter his foes pushes by shoving back the Nano Boosted enemy. But when he received the Nano Boost, he would shove players into a corner and shred them with the massive damage output of his ultimate.

The debut of Mighty Storm was lackluster. Perhaps it was that Conbox T6 is destined to be a top tier team, but I think more likely Mighty Storm’s lack of coordination is going to hinder them. If they are going to excel in this league, it will be off the back of their lone bright spot Jack, so we need to keep an eye on him.

After the Overwatch Open and the insane run Faze had, most people would agree with you if you were to assert a belief that Shadowburn was the best Genji in the world. However, perhaps unsurprisingly, Korea is already providing us with a challenger to that title.

It’s far too soon to say Haksal of team Runaway is the best Genji in the world. We’ve seen but a single series from him, but it was an impressive series. He didn’t waste a single ultimate, each and every Dragonblade net Runaway kills, often devestating the enemy team picking up several.

Overwatch fans are no stranger to watching highlight reel Dragonblades, but the truly shocking part of Haksal’s play is how often he charges Genji’s ultimate. Where many Genji players prefer to use right click in close corridors due to how quickly it fires, Haksal is more adept than most at hitting left clicks to chunk his foes.

This ability to weaken his foes means that it enables him to close out kills quickly. Once he dashes in, he properly uses the animation cancel Genji has available to him to fire, dash, and melee attack almost instantly to pop enemy supports.

The efficiency at which Haksal deals damage and picks up kills means that his Dragonblade is up incredibly quickly. From there, he works with his team, especially his Ana player Shine, to close out fights convincingly in Runaway’s favor. Haksal’s shockingly consistent playmaking will probably provide us with some incredible highlight reels as the season continues, and makes him a player to watch.

Who else do you think will be a standout player this season? Comment below or tweet your answer to us @GAMURScom.