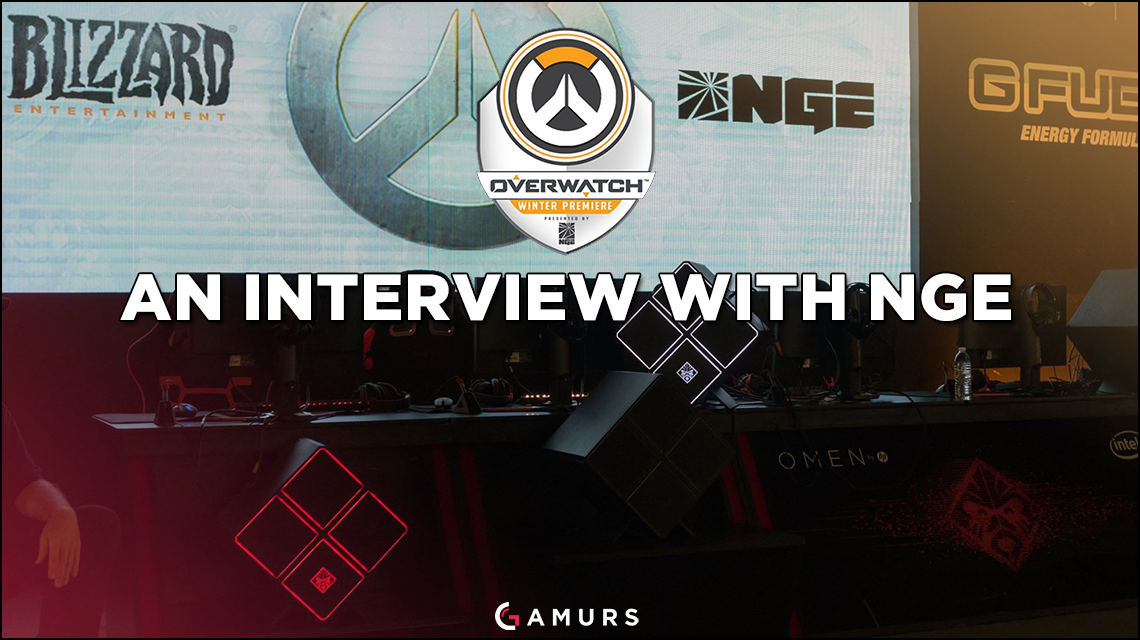 We sat down with Marc Koenig, the director of marketing at NGE, to discuss the success of the recent Winter Premiere event, as well as looking towards the future for NGE.

First off, let me congratulate you on a great tournament. How do you feel the event went?

Koenig: “We were very pleased with the event. PAX Arena is a great home for a title like Overwatch that’s really engaging and has a lot of grassroots excitement. The fan turnout was huge, with over 800 people in the crowd, and that’s not including all the people who’d stop by for a game or two. It was definitely a worthy culmination, and the teams brought everything to the table.”

Do you feel like not having a LAN client in the game made the tournament finals harder to run?

“It’s easy to forget with all the excitement and Blizzard’s robust content initiatives just how young a title Overwatch really is. We consult with developers constantly to help identify key esports features and improvements, and there are almost always dozens of future competitive features to sort through and prioritize. A LAN client would be a great addition this year, but Overwatch is really in an impressive place right now relative to it’s life cycle.”

With your first OW event in the books, do you plan on running any more events in OW and could you see OW being as big as LoL and CS:GO?

“We’d love to create future Overwatch content, but don’t have anything to announce right now. I think if Blizzard follows through on its ambitions with Overwatch, including robust game support, a roadmap for esports features, and an ecosystem allowing interesting third party events, it will be something truly special in the space. It definitely aims to get a spot at the table.”

What do you feel needs to be done to improve the OW spectator experience?

“Overwatch is a fundamentally difficult game to spectate, due to the complexity of six-man rosters, unique hero abilities, hero switching in-game, multiple points of interest, no natural breaks in the action, and many more complexities. Ultimately, there’s a lot of things that will come together. Tech solutions include third person health bars and stark team color contrasts. Production solutions include increasing the number of observers and developing a great camera philosophy. Finally, the game itself will develop, and viewers and commentary will start to know what to watch for. As a side note, an interesting production tension is pressure from the community to keep talent energy 110 percent at all times, regardless of whether there’s anything truly interesting happening. That energy is infectious, but over the long-term, it ends up making it hard to discern what actually matters on screen.”

Was the partnership with PAX a success, and will you continue to partner with them on future events or look to have stand alone events where the tournament is the main focus?

“PAX Arena is great to partner with. It’s always fun to have a tournament series culminate at a prestigious event.”

Are there plans for NGE to take OW events international or will you remain in NA?

“North America is our focus, but we’ve spearheaded many large productions in Europe as well, so I wouldn’t rule out future international shows. We think Overwatch’s future is very bright, and it will be interesting to see what the response to the Overwatch League is this year.”

Thanks for your time. Is there anything else you would like to say to your fans before we finish?

“We’d love to thank all of the teams that competed and viewers who showed up, as well as Blizzard for their continued support over these last few months. We know this is just the beginning for this game and our favorite thing is to contribute to pushing the esports scene forward as a whole. Thanks to everyone who made it possible.”