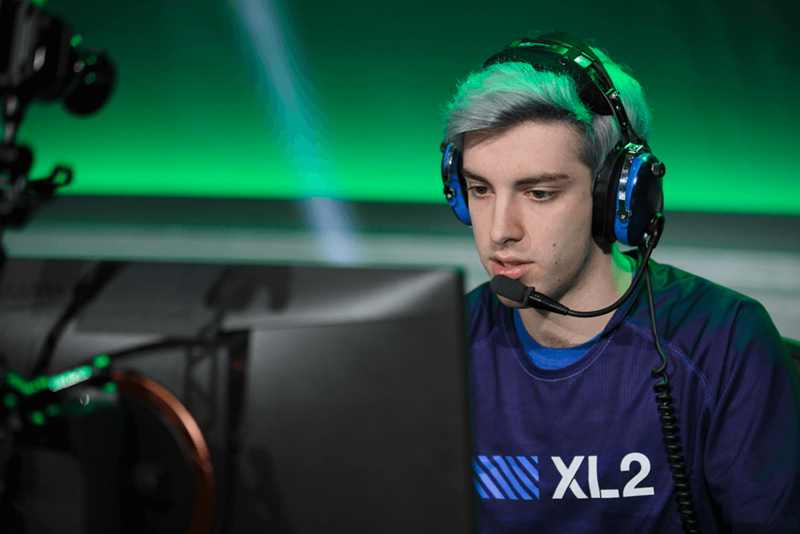 “Given that XL2 is looking to have New York representation on the roster, I am now currently LFT OWL/Academy/Contenders,” Mangachu wrote on Twitter. A day prior, XL2 staff posted a call for tryouts on its social media, noting that it wants New York-based players to represent the team in the 2019 season. “We’ll provide the opportunity and mentorship so we can make it big together.” The online tournament, which will help scout players, is open to top 500 players in the tri-state area.

“This was a long-term strategy, and not something decided overnight,” Sterling.VC partner Rohit Gupta told Dot Esports. (Sterling.VC is the ownership group of NYXL and XL2 Academy.) “We ran a number of events that involved small competitions. Our coaches and players were here looking at talent in New York and were impressed with [players] in New York that haven’t been coached.”

Gupta said that XL2 wants to specialize in that local talent development, including integration with high schools and colleges in the area, building off established relationships with Rutger’s University and Kids in the Game. The three players that are leaving XL2 were “well aware” of the organization’s end strategy of integrating local players, he added.

XL2 Academy is heading into the 2019 Overwatch Contenders season with, most recently, a third place win in 2018’s season three and second place season two. The team’s maintained consistency throughout both seasons, which competed with the core roster. Community members in Overwatch esports are worried that the decision will break up stability in favor for a local presence.

“If you artificially limit even half of your roster to local talent, the most likely outcome is poor practice and development all around,” Atlanta Reign head coach Brad Rajani tweeted. “NA Contenders is -really- hard, and this amount of hubris serves nobody—not fans, not aspiring players, and not NYXL’s marketing either.”

Overwatch Contenders is a developmental league that’s essentially a training ground for future Overwatch League players. Blizzard is selling a “path to pro,” which is the idea that good players can rise through the ranks in the minor league and get noticed and eventually signed to an Overwatch League team. The way the Contenders league works is changing for the 2019 season, first by reducing the number of teams that are able to participate. Academy teams, which are Overwatch League affiliates, are automatically in, but non-affiliated organizations and teams must re-qualify for the 2019 season, even if they did well in 2018. (Second Wind, an unsigned team that placed third-fourth in season three, will have to re-qualify, for instance.) Cynically, it’s for this reason that critics of the new XL2 structure believe the team feels safe about heading into 2019 with an un-tested roster with potentially inexperienced competitive players—that they can’t get knocked out for having a rough season.

But New York Excelsior is one of the Overwatch League teams known for its increased presence in its home city. Throughout the offseason, NYXL has set up base at a pop-up shop and LAN cafe in Brooklyn, New York, offering the space as a community center of sorts for NYXL fans. Others in the community find the decision to make room for local players to be in line with the organization’s local ties.

Gupta said it’s “disappointing” to see Overwatch esports community members speak negatively about the system. The system may not be perfect at the start as XL2 figures out what the Contenders team should be. “There will be stumbling blocks, but it’s a bold move that’ll kick-start what we want to build in the long-term.”

“It’s not a PR stunt,” Gupta added. Others haven’t seen the players who’ve come out to participate in local events—players that have natural talent and haven’t had the experience of being coached. “We feel strongly that this matters.” Gupta said the organization’s done this before: “We’ve had previous coaches on our XL2 roster who came from the tier three scene—not super well-known,” he said. “We gave them opportunities.”

Overwatch Contenders North America concluded for the 2018 season over the weekend. A start date for the 2019 season hasn’t been announced. But Blizzard announced in 2018 that North America is splitting into two regions, west and east, to make room for an increased number of Academy teams. (Twelve of the 20 Overwatch League teams have Academy rosters. Nine of those teams are in the North American region.) Contenders seasons in 2019 will also be longer, with less teams participating in the other regions. Overwatch Contenders playoffs are still underway in a number of areas.

Gupta said that XL2 has already received hundreds of applicants for its new Overwatch Contenders team. All of them aren’t at the level needed to actually join the team, but there are a significant amount of players that could reach a Contenders-level of play given the resources available at the organization—the team has coaching staff available from XL2 and NYXL, alongside storied players that can help integrate less experienced players into the roster ahead of the 2019 season.