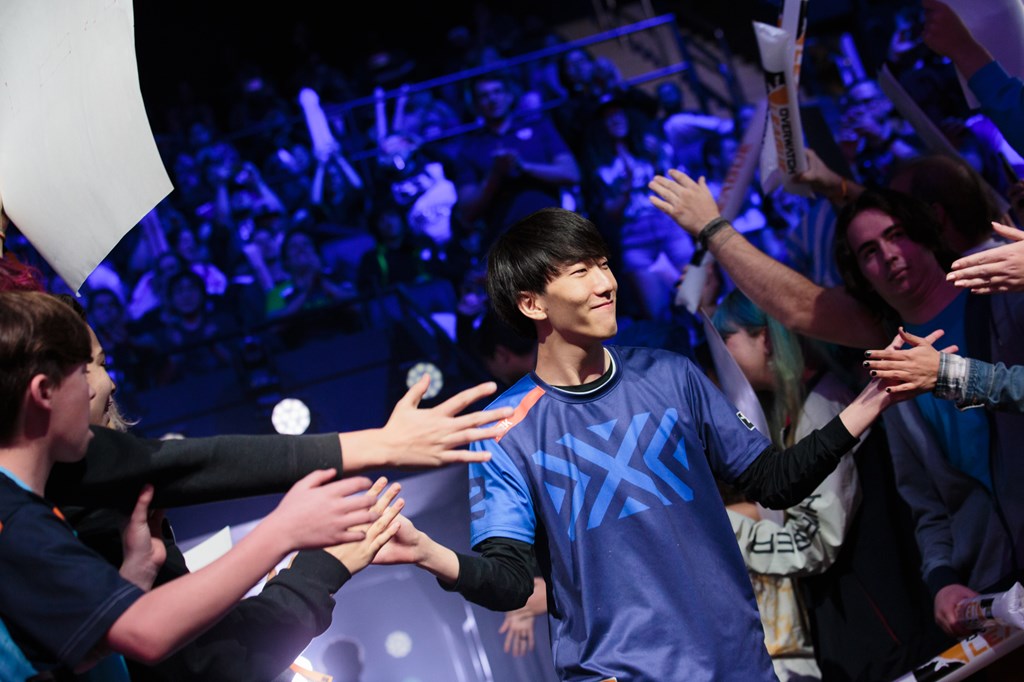 The New York Excelsior may have swept the Houston Outlaws, but it was one of the hardest-fought series of the stage.

The Houston Outlaws put up a fight on every map, pushing the league-leading Excelsior to their limit in close games on Lijiang Tower, Route 66, and especially King’s Row.

The King’s Row match in particular was a barn burner. Both teams put together well executed attacks backed by incredible Hanzo play, which led to two lengthy overtime pushes with dwindling time banks and a thrilling finale.

But it was the Excelsior who were one step ahead on every map, coming to the table with a gameplan to shut down Houston’s most effective player: main tank Austin “Muma” Wilmot.

The Outlaws get tons of value from Muma’s incredible Primal Rages, which he often uses to zone out opposing supports as the rest of his team crush the enemy’s own dive. But the Excelsior were ready with support player Hong “ArK” Yeon Joon, whose well-timed Sleep Darts and Biotic Grenades kept Muma in check. ArK missed the Excelsior’s last week of play with injury, but his return to the lineup was key in today’s victory.

“Actually my teammates didn’t think I was going to [hit those sleep darts], so they were really surprised about it,” ArK said with a smile in his post-game interview.

He noted that he and support partner Bang “JJoNak” Sung-hyeon had more responsibility this match because their Tracer, Park “Saebyolbe” Jong Ryeol, was tasked with attacking the enemy support line instead of marking the enemy DPS as he usually does. But ArK and JJoNak were up to the task, surviving Houston’s attempts to pick them off. The duo combined to kill Outlaws’ Tracer Jake Lyon 13 times to only seven deaths, flipping a key matchup on its head.

The win pushes the Excelsior to 3-1 in Stage Two, one game behind the leading Seoul Dynasty, but they still sit atop the season standings with an impressive 12-2 record and a ridiculous +30 map differential. The Houston Outlaws, a Stage One playoff team, will need to dig deep after a 2-2 start to Stage Two. Their season record falls to 9-5, but their +17 map differential places them among the league’s best teams.

While Houston can compete with the best, the New York Excelsior showed once again why they’re leading the season standings.