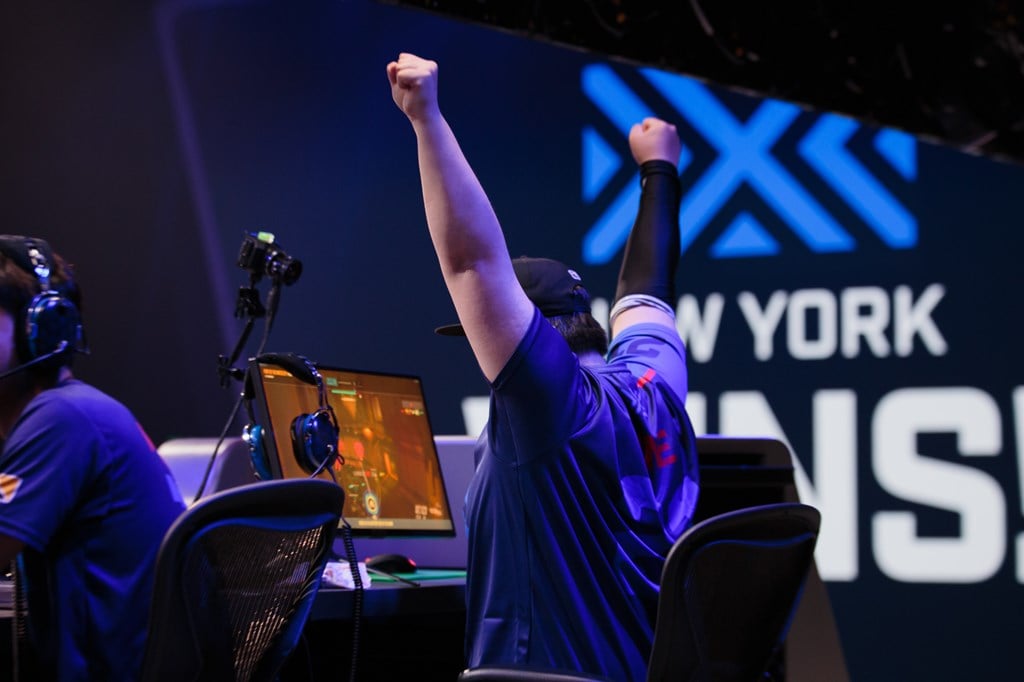 Entering the stage three finals, Boston Uprising had won their last 15 matches on the Overwatch League stage. But today, that streak came to an end.

New York Excelsior thrashed Uprising in a 3-0-1 series to score the OWL stage three title and the $100,000 top prize. This is New York’s second stage title in a row.

The match should have been a special one. Boston Uprising entered as the top seed after an undefeated 10-0 stage three, a feat New York haven’t accomplished thus far despite their league-leading 27-3 regular season record. Uprising were on the rise, and they were the only team to beat the monolithic Excelsior in stage three.

But today, New York showed why they’re the best team in Overwatch.

New York Excelsior stormed out of the gates on Route 66, pushing the cart with ease until stalling before the final checkpoint. Boston’s ensuing attack was a hard-fought battle, but they fell just short of matching New York. Nepal was next, and despite some stellar play from the Uprising, Excelsior outmatched them.

In the third map, Boston Uprising finally got to play on their home turf: Volskaya, where they were 10-0 this season. But that didn’t seem to daunt Excelsior, who captured the map with a sweet 3:03 left on their time bank. In front of a deflated crowd worried that what looked like a hype final would end in a quick sweep, Uprising fought back. They posted an even faster attack time. But it wasn’t enough to win the map because both teams captured the first point in their time bank attacks but went no further.

The tie was just a stay of execution. New York Excelsior ended the series on Numbani, though Boston put up a fight.

“I’m the best Tracer in the world,” Park “Saebyeolbe” Jong Yeol, who took man of the match honors, said in a quick post-game interview. This was a lighthearted jab at his counterpart on Boston Uprising, Kwon “Striker” Nam Joo, who’s often labeled as the best in class.

New York showed their versatility with three separate DPS players all putting out world-class Widowmaker performances. The hero may be simple—just point and click—but many teams struggle to find one player who can consistently put together top performances on the high-pressure hitscan hero. Tonight, Excelsior had three of them.

Kim “Pine” Do Hyeon opened Route 66 with a solid game. Tracer specialist Saebyeolbe dominated Nepal, including a ridiculous Widowmaker round on Sanctum. Then Kim “Libero” Hae Seong had his turn on Volskaya with multiple multi-kill clips that shut Boston down.

A large part of that success, though, is due to the space created by New York’s excellent tank and support lines. Excelsior make you work for every single kill against them, crashing into a wall of defense matrixes and Mercy heals that ground Boston down in the end.

Their second straight stage victory secures New York $100,000 in prize money. Boston walk away with $25,000, and while they couldn’t take a game off New York in the end, they should at least still be confident that their brand of Overwatch is far ahead of every non-New York team in the league.