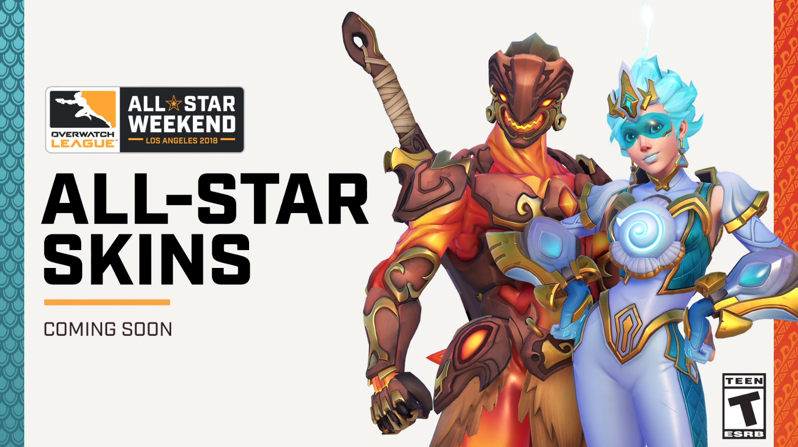 During the second day of the Overwatch League grand finals, two new legendary skins for Tracer and Genji were revealed that commemorate the Overwatch All-Stars. Genji’s new fiery skin will represent the Pacific team, while Tracer covers the Atlantic team with her icy outfit.

Set to take place from Aug. 25 to 26, Blizzard’s inaugural All-Star event allows fans to vote in their favorite players to participate in an event that pits the Atlantic and Pacific divisions against one another. Both team rosters have been announced and they’re awaiting the event to start in late August.

Meant to be a more fun event when compared to its standard league, Blizzard’s All-Star event will have the Pacific and Atlantic teams play a full five-map series. During this series, every player on both rosters must participate in at least one map. In addition to this five-map series, the upcoming All-Star event will also have players take part in mysterious custom skill matches.

These skill matches will occur on the first day of All-Stars, while the Pacific vs. Atlantic duel is set for the following day.

It’s unknown at this time if Blizzard plans to release more All Star skins before the event begins in just over three weeks.