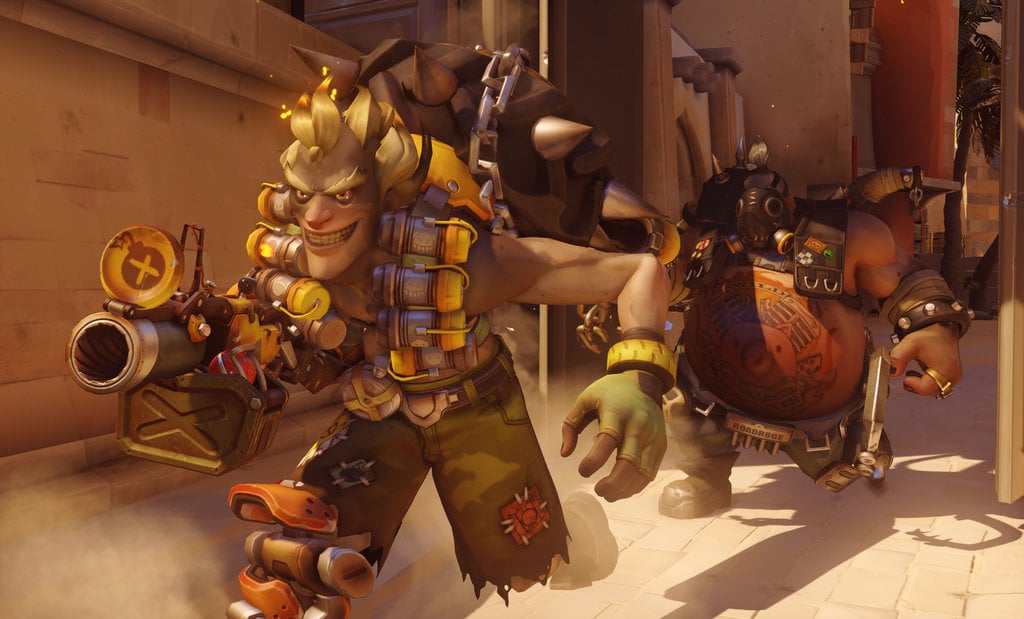 Château Guillard is not the only new Overwatch map we’re getting this month.

Both Australian baddies Junkrat and Roadhog hail from Junkertown, which is located in central Australia. The area was blown to bits when an omnium factory exploded, turning the outback into an irradiated wasteland. Those that survived—the “junkers”—live there, with Junkrat and Roadhog among them.

Blizzard will go more in-depth on the map and its new cinematic short, as gamescom continues.