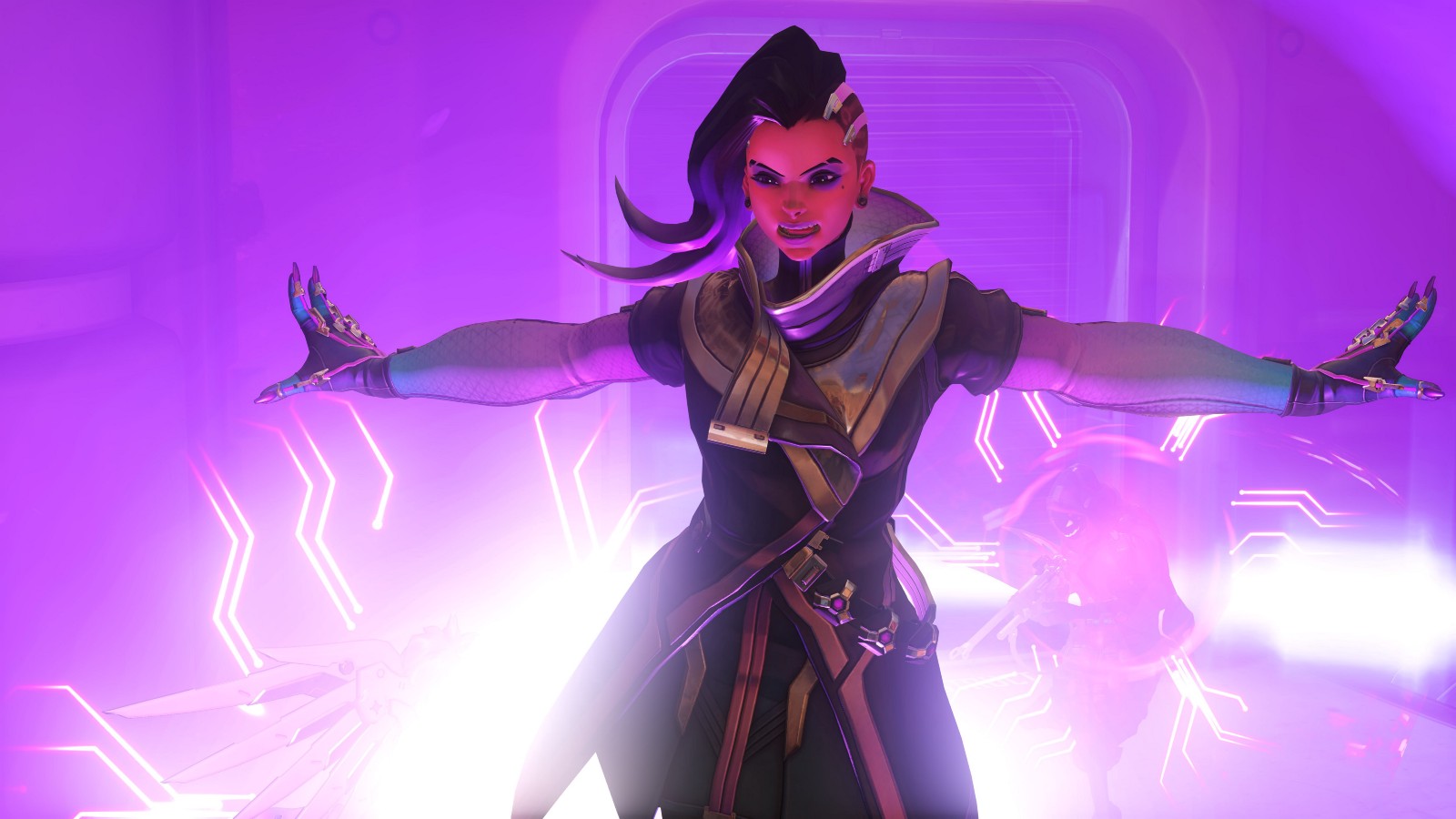 If you were hoping Blizzcon would deliver new content for Overwatch, you’re in luck.

Of course the big announcement was the official reveal of Sombra who will arrive on the PTR next week. If she hadn’t been announced there might have been a riot, so Blizzard led with it in the opening ceremony.

The character appears to have an incredibly powerful kit including stealth, teleporting and the ability to “hack” other characters and shut down their abilities. Though first impressions suggest she might be quite fragile in the heat of battle, she looks to be an incredibly high skill character that will likely feature heavily in the burgeoning competitive scene.

But Sombra wasn’t the only big game changer announced yesterday. Overwatch’s Brawl mode will be replaced with the new Arcade mode, offering a series of permanent game modes ranging from one-versus-one and three-versus-three to random heroes and no hero limits mode. That last one is particularly relevant, since it was announced that Quick Play will soon feature the same one-hero limit as Competitive.

Two new maps will also be added to the game. Oasis, a full 6v6 map that is still in development, and Echo Point Antarctica which is specifically designed for the 1v1 and 3v3 Arcade game modes.

Of course alongside all the huge news for the game itself, the Overwatch League was officially officially announced. Teams will form around major cities in a franchise-style league, with a combine, free agency and all the other trappings of a traditional franchise league.

Overwatch content dominated the announcements on the first day of Blizzcon, showing Blizzard’s commitment to their new IP. And why not, given its meteoric rise?