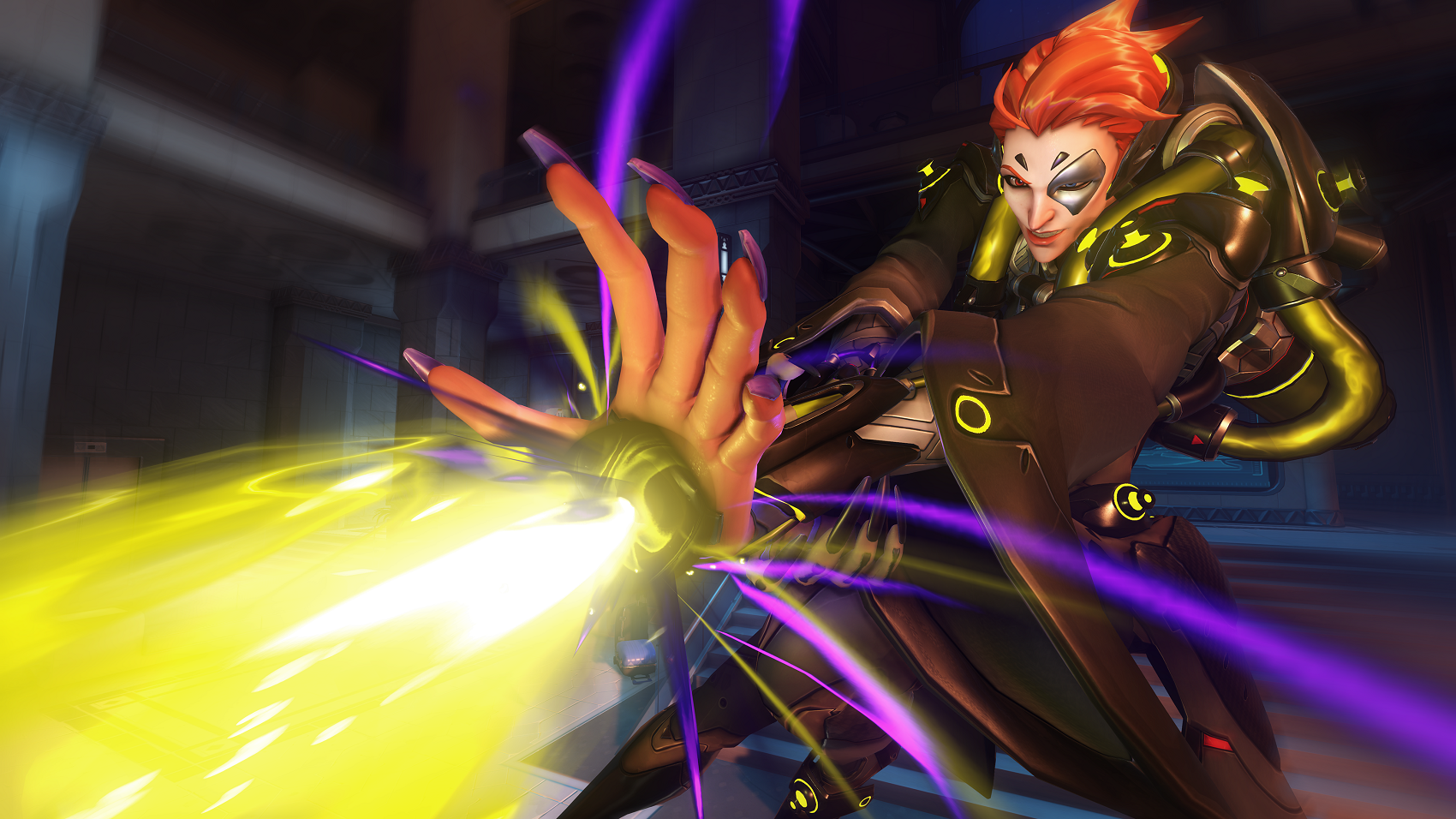 Overwatch will soon get a new hero.

Moira is the next Overwatch hero to join the game—and she does a tremendous amount of damage, as well as healing. “Want to know how to spell Moira?” Overwatch game director Jeff Kaplan joked. “OP AF.”

Moira is a geneticist that was once part of the Blackwatch team with Reaper, but now aligns with Talon. Here’s her kit, straight from Blizzard.

Moira launches a rebounding biotic sphere; she can choose between a regeneration effect that heals the allies it passes through, or a decay effect that deals damage to enemies.

Moira channels a long-range beam that both heals allies and bypasses barriers to damage her enemies.

She’s fully playable on the BlizzCon show floor. She’ll hit Overwatch’s PTR before being added to the live game. Blizzard did not announce a timeline.

Blizzard’s new hero reveal aligns with the current Overwatch hero announcement cycle, which introduces a new character every three months or so.

Overwatch’s last new hero, Doomfist, was released into the game on July 27 after being highly anticipated since the game’s release. Though not voiced by Terry Crews, Doomfist was immediately embraced by the Overwatch community. Blizzard also introduced an animated short and comic alongside the release.