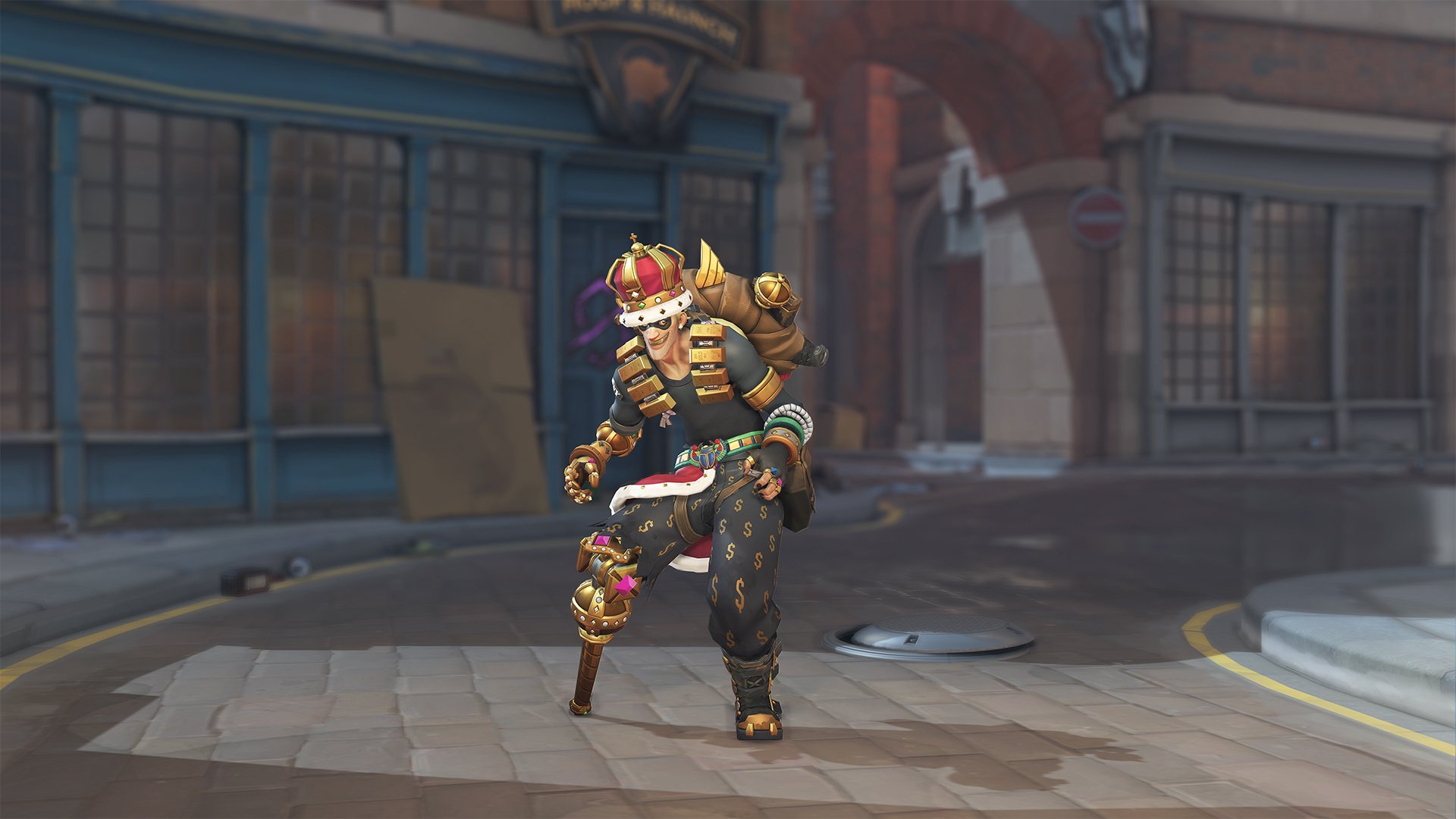 Overwatch’s latest Archives event is a blast from the past, bringing together story-driven missions from key moments in the game’s history.

As expected, a variety of cosmetics, including skins, highlight intros, emotes, and sprays, are up for grabs. One of the standout skins of the event is King Junkrat Jamison, complete with a golden crown and covered with dollar signs. But what makes the skin so special is hidden inside his exploding treasure trove of a tire.

If you look closely, zoom in, enlarge, rotate, and enhance in true CSI fashion, you can find the Crest of Lordaeron from World of Warcraft. Yes, Junkrat’s pillaging skills are so advanced that he seems to have looted a sacred shield from Azeroth.

Lordaeron is the northernmost subcontinent of the Eastern Kingdoms in World of Warcraft. It’s the original home and birthplace of Arthas Menethil, the Crown Prince of Lordaeron, the Knight of the Silver Hand, and later the Lich King. He may have faced his demise at the pinnacle of the Icecrown Citadel years ago, but he still remains a pivotal villain in Warcraft’s 25-year history.

Now, Lordaeron is home to the Forsaken, where the Undead dwell in the Undercity. But still, memories of the past have remained ever since, including the Crest of Lordaeron itself.

Junkrat’s King Jamison skin can be obtained through loot boxes by either leveling and earning them naturally or buying them with real money or in-game currency.