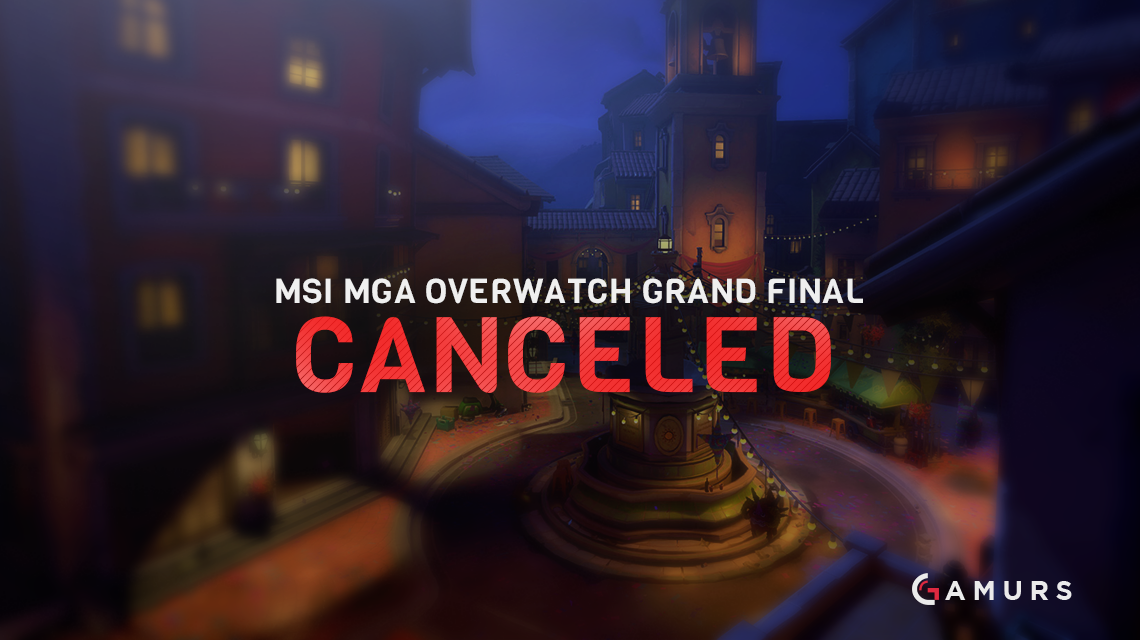 MSI’s problematic MGA Overwatch grand final from December has now been cancelled after originally being postponed due to a number of technical issues. Fnatic, Rise Nation, Ninjas in Pyjamas and KongDoo Panthera were set to compete in the event but only one match was played before Internet issues brought everything on the broadcast to a screeching halt.

Viewers of the event were left to watch a “Coming Soon” screen and nothing more, and the event was eventually called off, and now officially cancelled today.

In a statement released today, MSI apologized and noted that all of the players will be compensated and that spectators who bought tickets to the event at London’s Gfinity Arena can get refunds.

“Due to the unfortunate and unprecedented internet connection issues that impacted the Overwatch MGA 2016 Championship, a number of scheduled matches were not played,” read the statement. “As a result, it was impossible to complete the tournament in its prescribed format in the available time, and the Overwatch MGA 2016 Championship Grand Final event unfortunately had to be canceled. This decision was taken to ensure the integrity of the competition, and reflects our commitment to the tournament. All parties involved share the disappointment of the fans, Overwatch community, teams, players, media, and sponsors.”

This unfortunate event has brought a black eye to MSI, but the fact that players will be compensated is a step in the right direction. It remains to be seen how MSI will be received going forward.

How do you think MSI handled this situation? Let us know in the comments below and follow @GAMURScom on Twitter for further esports coverage.