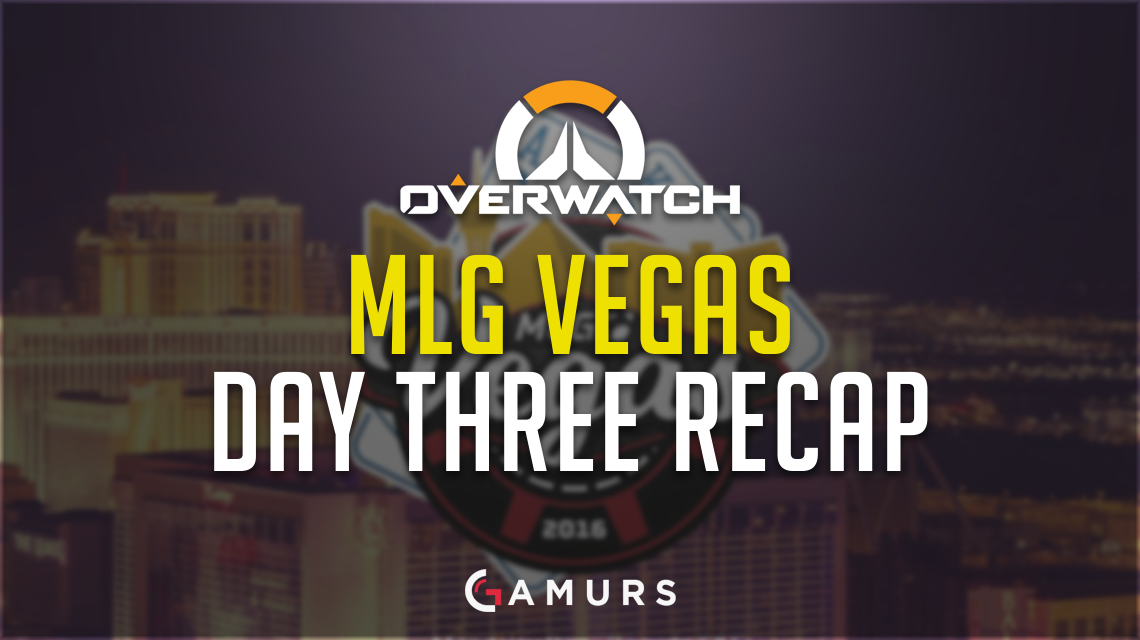 When the dust cleared from a long day of Overwatch on Saturday at MLG Vegas, the four best North American teams remained. It all came down to Cloud9, Team EnVyUs, FaZe Clan and Fnatic. So who came out on top to take home the $40,000 grand prize?

If it’s possible for a game as young as Overwatch to have an esports rivalry, this is it. EnVyUs and Cloud9 have been battling each other since the game released, and Championship Sunday kicked off with this matchup in fun fashion.

For nV, Taimou’s Roadhog play shined early to complement HarryHook’s Soldier 76, while Surefour showed off his McCree skills for Cloud9. Another key matchup was nV’s Cocco out-playing C9’s Ryb in the Reinhardt battle. In the end, nV’s balanced attack and team play proved to be too much for all of C9’s talent as the Boys in Blue landed a 3-0 sweep.

The two other teams in the tournament fought a closely-contested match as they settled into the familiar strategies early on; a four Tank and two Support composition on both sides. Fnatic’s Vonethil changed things up on defense with some Symmetra play, and FaZe’s Shadowburn brought out his lethal Genji and some Pharah, but in the end it was the Tank-dominated meta brought back to the forefront in this matchup.

The games took a turn once Hafficool of Fnatic switched to Pharah and began raining justice from above, as FaZe didn’t switch to a hitscan DPS to counter. Shadowburn instead switched to another Pharah, and the game turned yet again. Once FaZe began to switch up their comp, the fight evened.

The match went to Game 4 on Volskaya, which is rare in competitive play and as such doesn’t get practiced by pro teams. The back-and-forth affair ended in a 3-3 draw as Shadowburn’s Genji shined.

After a decisive win on Game 5 on Watchpoint: Gibraltar, FaZe forced Fnatic into a best-of-three tiebreaker map on Nepal. FaZe would end up sweeping the tiebreaker to come back and win the series 3-2 to move on while eliminating Fnatic.

The final two organizations left standing on Sunday both have roots in Call of Duty. But while that game’s tournament finished up somewhere else in the building, the two Overwatch squads faced off in a best-of-seven matchup to decide who would take home the $40,000 grand prize for the MLG Vegas Overwatch North American Invitational.

After watching Shadowburn run amok on Genji in the semifinals, nV made the decision to have INTERNETHULK go back to his roots and hard-counter Shadowburn by starting out on Winston, although he had been playing support throughout most of the weekend. The decision paid off in a big way, as nV pulled off a full hold on Game 1 Numbani to take the 1-0 lead, even though they ran ChipsHajen as the solo support player.

After a dominant showing on Nepal, nV took a 2-0 lead into Game 3 on Hollywood and didn’t waste any time, as they quickly finished the map on offense. The dominance continued as they mounted a full hold on defense to take a commanding 3-0 lead in the series.

Game 4 went to Temple of Anubis and the sweep was finished off in tight and tidy fashion, as EnVyUs closed out the series and the tournament with yet another overpowering showing against FaZe to take the series 4-0. FaZe had no answer for anything nV threw at them.

After dominating in the early-going of Overwatch and coming back down to Earth, nV has once again left the stratosphere as they mauled the competition at MLG Vegas to win yet another competition. The addition of Mickie, combined with HarryHook moving into the main DPS role after maining heals in the first few months, has propelled nV to another level.

What did you think of Overwatch’s showing at MLG Vegas? Let us know in the comments below and follow @GAMURScom on Twitter for further esports coverage.