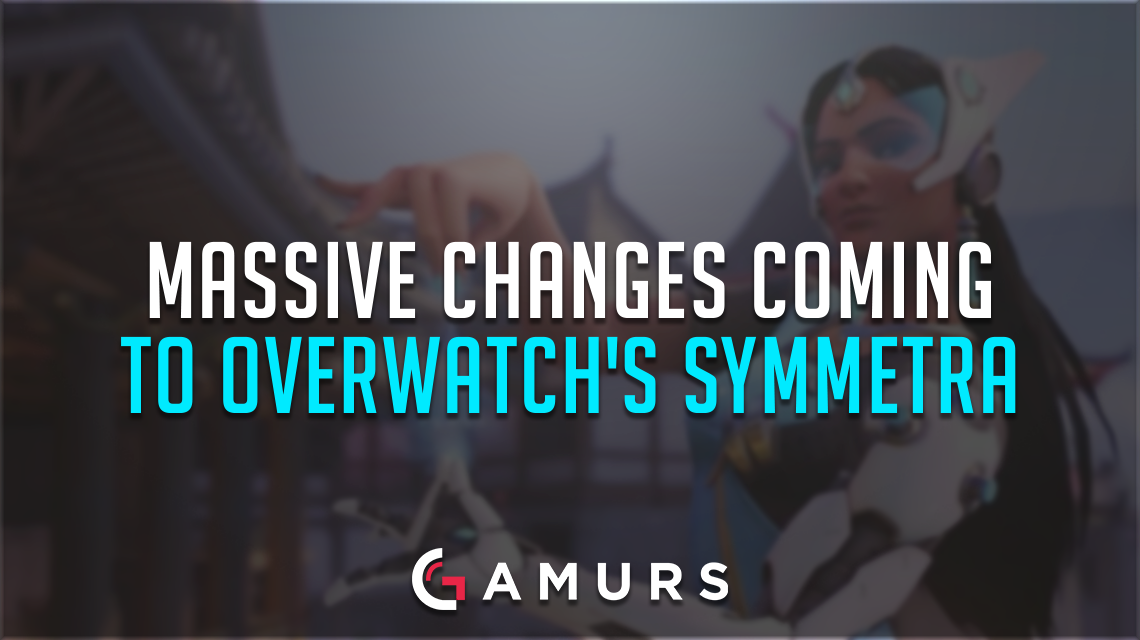 In a Developer Update video, Overwatch director Jeff Kaplan outlined some needed and much-anticipated changes to support hero Symmetra. In the past, Symmetra has been very situational and often a supplemental pick thanks to her sometimes-useful kit. Now, though, it appears she will be much more useful in more situations.

In the past, players would rush to give teammates shields and place down turrets in a defensive position in order to try and build up Symmetra’s Ultimate, a Teleporter which transports players from their spawn closer to the objective.

Now, Symmetra will become the first Overwatch hero to have two different Ultimate abilities. Her Teleporter remains, now with added health and shields that regenerate over time, as well as a choice to switch to a different Ultimate, a Shield Generator. This new ability places the built object on the map that adds a “substantial” shield to all teammates in a “very big radius” that also ignores line of sight. This instantly makes Symmetra a more viable support hero.

With the Shield Generator, her shielding ability is now gone and replaced with something entirely different. The new ability, called Photon Barrier, is similar to Reinhardt’s shield or Winston’s bubble, in that Symmetra projects “on a track of movement” much like her alternate fire. Kaplan thinks that players will get very creative with this new ability.

On top of that, Symmetra is now able to place all six of her turrets at once on a cooldown cycle, when she used to only be able to put down three before having to wait. Her primary fire is also getting a slight range buff, although Kaplan added that “she’s not a long range beam sniper now.”

The Symmetra changes will be on the public test realm servers “very soon” and the new Control map, Oasis will joining the PTR shortly after.

What are your thoughts on the changes coming to Symmetra? Let us know in the comments below and follow @GAMURScom on Twitter for further esports coverage.