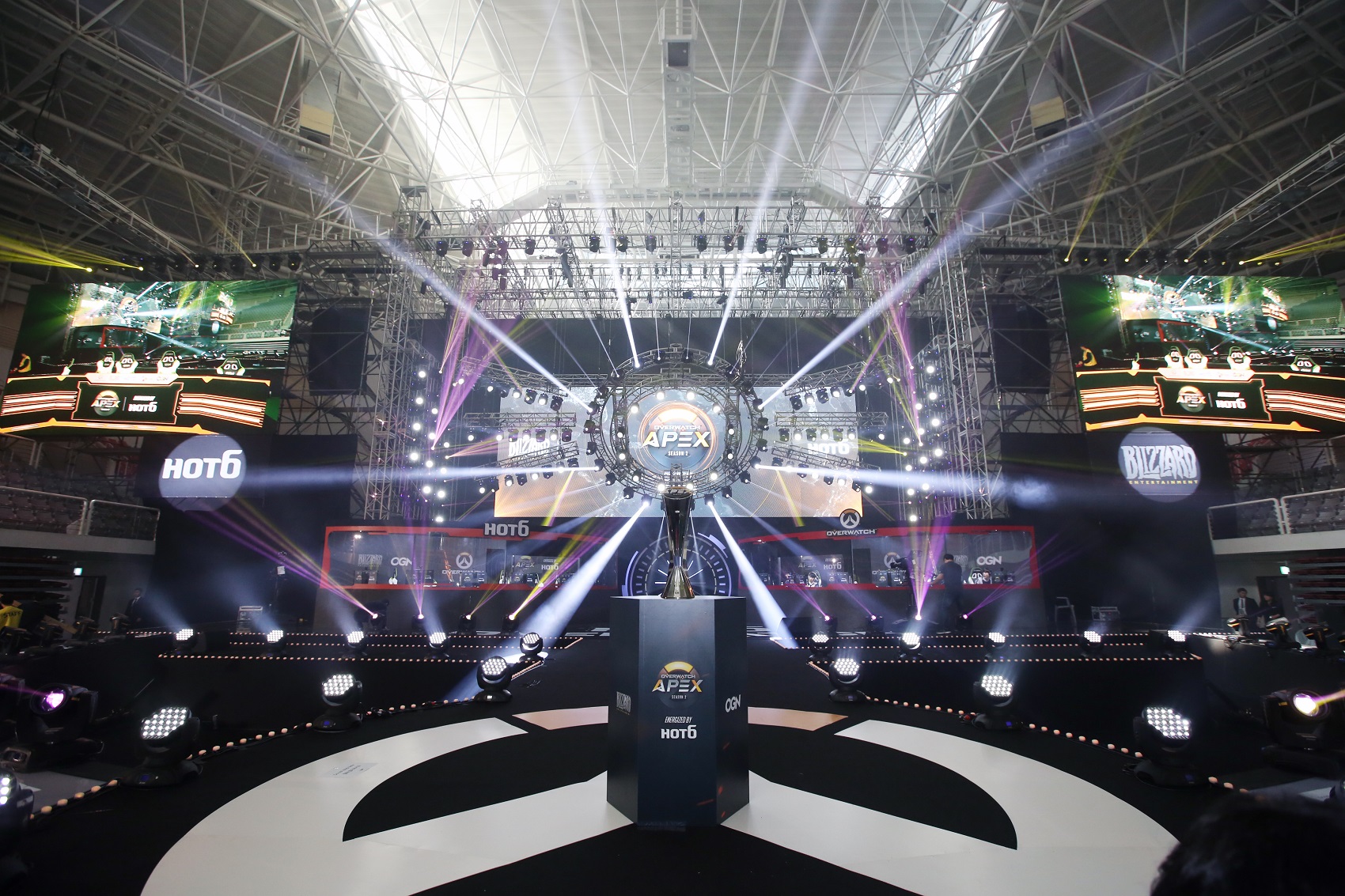 Last season’s reigning champions, Lunatic-Hai has an advantage coming into the Overwatch Apex grand finals. They know what it’s like to compete on Overwatch’s grandest stage for hours: In season two’s finals match between Lunatic-Hai and RunAway, South Korea’s most popular Overwatch team proved their mental fortitude, pushing past a 1-3 map disparity to win the last three maps in the best-of-seven series and earn the championship title.

KongDoo Panthera has only sat just outside of the top four finishers, earning fifth place in Overwatch Apex’s second season. But that team is no more. Following the second season, the organization restructured, creating a more capable team. And it worked—it got them to the finals that will be held July 29 in South Korea.

With each team holding one point in their informal best-of-three showing, a winner will be decided in a best-of-seven grudge match this weekend.

Lunatic-Hai and the beginnings of an Overwatch legacy

Lunatic-Hai’s strategy for Overwatch Apex season three has remained largely unchanged since they won the second season’s championship: Do dive composition better than any Overwatch team. Of course, the organization did recruit a few new players to—but only one remains, Moon “Gido” Gi-do. And he’s been a core part of the team since Lee “Whoru” Seung Joon has been missing from the starting roster. (He reportedly faced a suspension dealt out by the team’s management, but there has been no official word on his whereabouts.)

Gido stepped in as Genji when Whoru stepped out. Alongside Kim “EscA” In-jae, Gido led Lunatic-Hai’s aggressive dive-style composition to most of its success. Their success is due in part to the support of Ryu “Ryujehong” Je-hong and Yang “tobi” Jin-mo, both of whom will play support for South Korea’s national Overwatch team. Constant attention from both Ryujehong and tobi allow Lunatic-Hai to push boundaries of dive and simply outplay other teams.

And, of course, there’s Gong “Miro” Jin Hyuk who is widely known as the best Winston player in the world. As a core part of the current professional Overwatch meta, Winston is an important part of any team—but with a Winston as good as Miro, KongDoo Panthera has a lot to fear.

Lunatic-Hai falters, however, when they aren’t patient with their ultimates. In their last match with KongDoo Panthera, Lunatic-Hai overextended with Gido’s Dragonblade: That small mistake snowballed into a scrappy hold by KongDoo Panthera. Showing restraint against KongDoo Panthera will be Lunatic-Hai’s biggest challenge going into the series. Staying calm and playing methodically will allow Lunatic-Hai to unlock their precise mechanical skill needed to secure a win.

KongDoo Panthera is not an underdog

In any other season of Overwatch Apex, KongDoo Panthera would be considered an underdog. This is not that season. The team restructured after Overwatch Apex season two to create the roster we now know, adding Kang “Void” Jun Woo as a replacement for Koo “EVERMORE” Kyo-min and Kim “birdring” Ji Hyuk as a new DPS. With the best part of KongDoo Uncia (birdring), KongDoo Panthera was a new team.

Putting their DPS players head-to-head against Lunatic-Hai’s, KongDoo Panthera has the upper hand. Though EscA certainly is a great Tracer player, birdring and Rascal are more consistent. Both birdring and Rascal have the flexibility to play any DPS hero, too. Paired with KongDoo Panthera’s target selection, they’ve proven powerful against their toughest opponents. Lunatic-Hai’s supports will need to be protected hard from these two, or they’ll be shut down, just like Team EnVyUs was.

Laser-like focus puts the team in a trance: They have a plan, and they execute it. Lunatic-Hai fell apart in their last match against KongDoo Panthera because of it. The challenge will be being able to maintain that focus while on the Overwatch Apex stage. This is the most pressure KongDoo Panthera will be under this season—should they be able to quell their nerves, they could very well dethrone Lunatic-Hai.

Overwatch Apex season three concludes July 29 at 5am ET. The event will be streamed live on OGN’s Twitch channel.