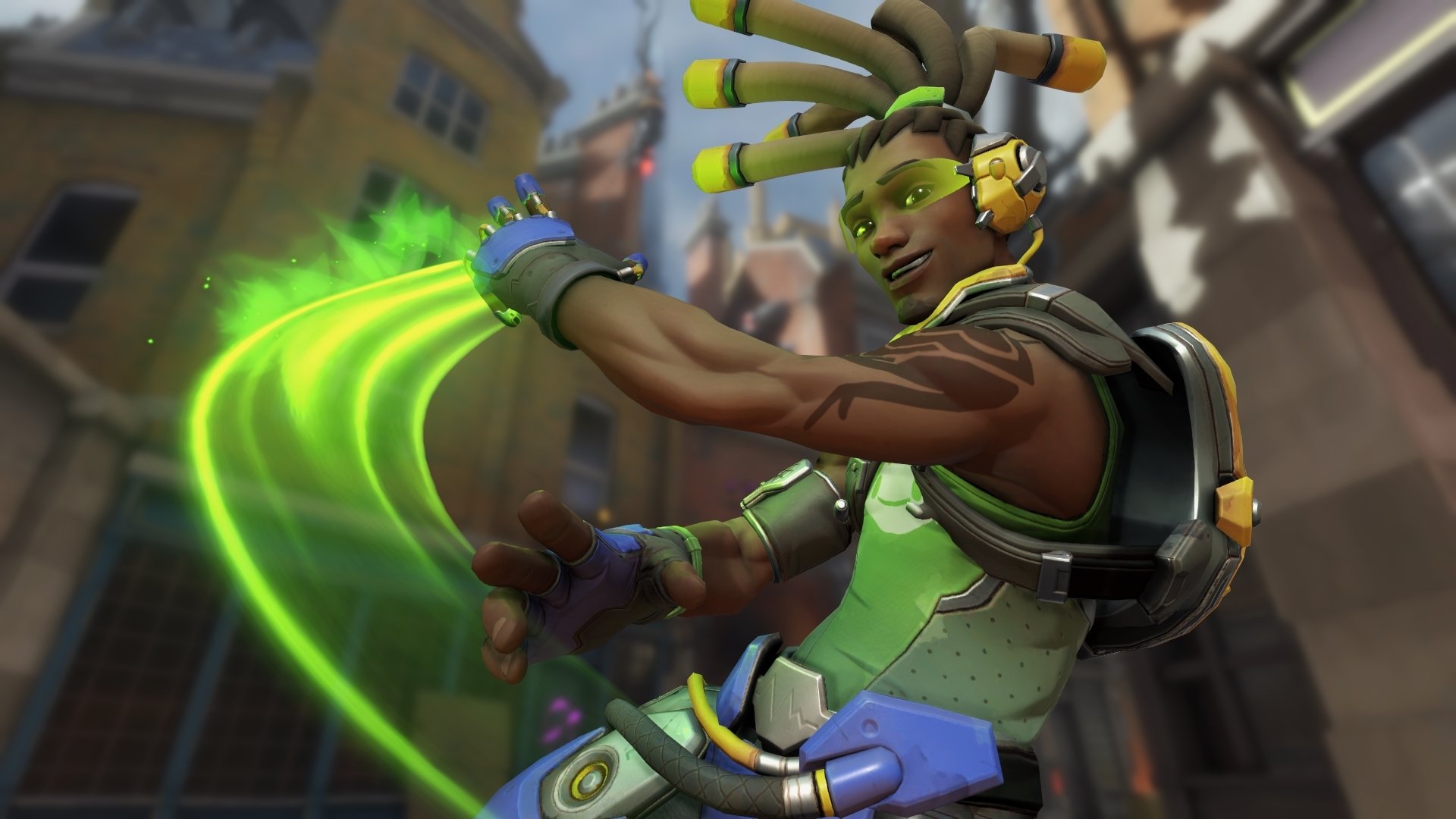 Described as “an international celebrity who inspires social change through his music and actions,” Lúcio Correia dos Santos is a prominent hero in Overwatch whose positive nature is infectious. The healing and speed-boosting DJ is a helpful backbone of most competitive lineups.

When it comes to playing Overwatch, it’s important to be well-versed in a variety of heroes. That way, when the situation calls for it, you’re able to fill a role when the team needs it. Most players should feel comfortable enough on at least one hero from each of the game’s classes.

There’s no support hero that’s more important to learn than Lúcio. For a long time, he was far and away the most-played hero at the competitive level—and for good reason. His kit is one of the strongest in the game.

Here are some of the basics to learn how to play Lúcio and be the active healer your team needs.

“Look at this team. We’re gonna do great.”

Lúcio is capable of healing multiple teammates at once thanks to his Crossfade Healing Boost ability. The area of effect is visually denoted with a 12-meter radius field surrounding him. When Healing is activated, it will glow yellow. When Speed Boost is activated, it glows green. This ability is arguably one of the best in the game due to its effectiveness and versatility, allowing him to be picked in a variety of team compositions.

Lúcio needs to be much more active in the healing or speed boosting process since the radius used to be 30 meters. That leaves Lúcio in the thick of things at all times when he’s to be most effective at supporting his teammates, whereas in the past he was able to hang back more.

Always in the fight

Whether Lúcio is using Healing Boost or Speed Boost, he’s always active in helping out his team. One of the more important facets of playing Lúcio is figuring out when to use each ability, using his Crossfade to switch back and forth between heals and speed.

In general, you can’t go wrong with staying on healing and using Healing Boost when your team is getting low on health. It can be the main difference in winning and losing a teamfight since the constant healing plus boost to the heals with his Amp It Up ability will keep their health bars moving upward instead of toward death.

Lúcio’s ultimate ability, Sound Barrier, is key in a number of situations. It can be used both offensively and defensively as a reaction. The ultimate gives a 750 shield boost to all allies within a 30-meter radius, but it lasts for just seven seconds.

Sound Barrier is great for when your team is initiating a fight on offense or to protect them when you’re on the defensive to any number of ultimates from the enemy team.

The king of the “boop”

As a support, one of Lúcio’s main objectives is protecting and keeping his teammates healthy. He can do this in a variety of ways.

First, and most importantly, is his healing. He can’t keep up with the likes of Ana or Mercy when it comes to quickly filling up a tank’s health bar, but his area-of-effect healing can keep the entire team topped off if he’s close enough.

Other than healing, Lúcio’s Speed Boost is also an effective way of keeping the team safe. He can use this ability to quickly rush a team away from harm’s way, like an incoming D.Va ultimate. Speed Boost is also incredibly useful at helping “taxi” teammates back from spawn with haste to return to the fight or to get back to an objective to contest it in the nick of time.

His Soundwave ability shouldn’t be underestimated, either. Probably Lúcio’s best offensive weapon in his kit, this ability (bound to Mouse 2 by default) does 25 damage but has a strong knockback effect. It helps out a ton if you see a teammate being chased down, only to run up to the enemy and “boop” them away to give them the time they need to escape and have you heal them.

While Lúcio is primarily a support character, he can also be incredibly disruptive in multiple scenarios. His maneuverability makes him a pain to track down while contesting objectives, helped even more by a recent 20-percent speed increase to his wall-riding skill.

These movements allow Lúcio to reach areas that most characters can’t, leaving the enemy team susceptible to surprise attacks with his Soundwave ability or just an annoying way to prevent them from capturing an objective.

It’s important for any Lúcio player to get familiar with their wall-riding skills since it’s a crucial component of the character’s kit. It helps him navigate the environments of the game with torrid quickness.

Lúcio works in a variety of situations and it doesn’t matter a whole lot who is on the enemy team to counter him. That being said, he does have his strengths and weaknesses against certain heroes.

It’s tough to pinpoint a hero that Lúcio is strongest against in a one-on-one setting since his main strengths in most battles are his abilities to self-heal and/or speed boost to safety. Outside of that, Lúcio’s best bet in a duel is to try to poke at the enemy with his primary fire and boop them away if they get too close, while self-healing or speed boosting to run toward teammates.

That’s not to say he’s not completely incapable of defending himself against a number of heroes, because he is. But to call him “strong” against any number of the characters on the roster would be misleading.

Having only her meager pistol to defend herself, Lúcio can take Mercy in most one-on-one battles. But there shouldn’t be too many situations where these two are facing off against each other anyway.

Even with Reinhardt’s large hammer-swinging radius, Lúcio can be a pain for the big guy to take down. Using his maneuverability to his advantage is a great way to beat out Reinhardt’s slow movement speed, but it’ll be over quickly if Lúcio comes too close within his swing range.

One of the more annoying things to deal with when playing as Soldier is to hear “I’ve got you in my sights” quickly answered with Lúcio’s “Droppin’ the beat” as his Sound Barrier ultimate will usually nullify most, if not all, of the damage.

Hitscan heroes like McCree do well against Lúcio since they’re the best way to quickly damage him while he flips and jumps around an objective. McCree’s stun grenade is especially useful at stopping him in his tracks.

Mei’s primary fire is a nightmare for Lúcio because his speed is basically taken away once she begins to lock onto him. Her Ice Wall ability also has the potential to stop him in his path.

Just like all supports, a good Genji can be a nightmare for Lúcio to match up against. When the cyborg ninja dives on him, it’s time to boop him away or speed boost and get out of dodge while asking for help from teammates.

This is a fight that Lúcio will need help from the environment to win. The only real way he’ll come out victorious is if he’s able to boop Roadhog off of a ledge. Lúcio can out-maneuver the portly tank, but one well-placed hook will spell the end for him.

If you’re new to Overwatch and looking for a good introductory hero to learn, Lúcio is the hero to start with. He fits in almost any team composition and does a good job at a multitude of little things that can help make the difference in victory or defeat.

There are a number of heroes that you can’t go wrong learning and that everyone should have in their stable of heroes—and Lúcio is right at the top of the list.