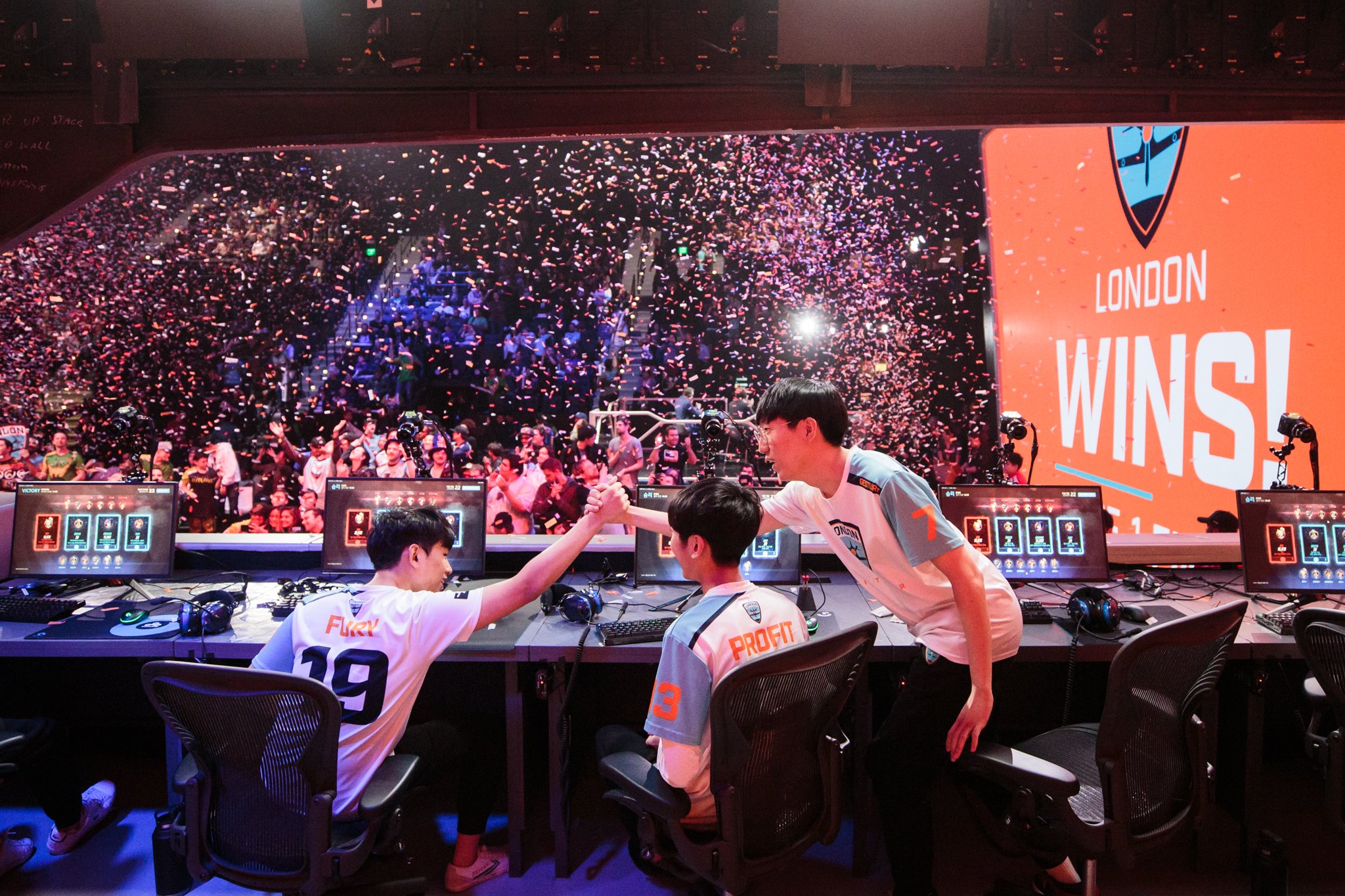 The Overwatch League offseason bloodbath is continuing with the London Spitfire. The team announced today that its entire coaching staff has been released, bringing validity to reports that London may be going for a new look in 2021.

Head coach Hong “Agape” Cheol-yong, assistant coaches Yu “Pavane” Hyeon-sang and Lim “Twinkl” Young-bin, and strategic coach Kim “Sqix” Geon-yong have all been released by the London Spitfire. Many of the former coaches have said on social media that they’re now free agents looking for a new team.

Agape had been with the Spitfire since the team won the inaugural Overwatch League championship in 2018. Assistant coach Pavane was acquired from the New York Excelsior during the 2019 offseason, as was strategic coach Sqix. Twinkl previously coached numerous Contenders Korea teams like O2 Blast and Jupiter.

During the 2019 Overwatch League offseason, the London Spitfire completely rebuilt the team with unknown players. The team ended the 2020 Overwatch League season in 17th place overall and last place in the Asia-Pacific (APAC) region. London relocated to South Korea amid the COVID-19 crisis, joining the APAC division alongside teams like the New York Excelsior and Seoul Dynasty.

Succeeding within this powerful region proved to be more difficult than expected for the team. Jack Etienne, the owner of Cloud9 and the London Spitfire, teased “significant” changes to the Spitfire for the 2021 season after two years of mediocre results.

A recent report from The Esports Observer said the team was in the process of releasing its entire roster and staff to acquire more Western European players.