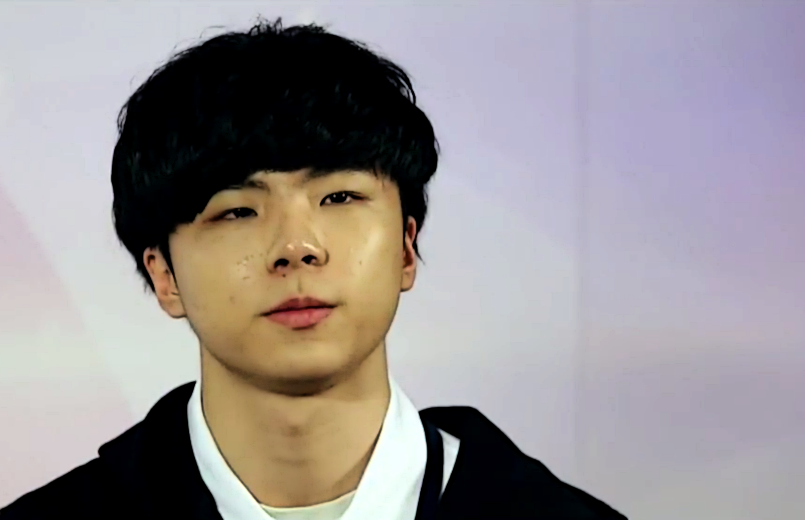 Innovators are surprisingly rare in sports. Most professional players succumb to the simplicity a meta provides and become complacent, content to keep their game of choice free of change.

But there are always a few individuals unswayed by the temptress of the meta. These innovators relish the challenge to discover something new, whether it be a hidden pick or strategy, which would completely change the game they play.

In StarCraft: Brood War there was Bisu, who revolutionized how to play Protoss seven years after the game’s release. League of Legends’ inSec changed how everyone played the champion Lee Sin with his famous “ward hopping.”

Meta Athena, the team which, contrary to its name, strays furthest from the meta, constantly tries to change and evolve how the game is played.

Kim “Libero” Hye Sung stands at the helm of Meta Athena’s ship. One of the team’s DPS players, whenever Meta Athena attempts something abnormal, you can be sure Libero will be the one leading the charge. These abnormalities can range from playing an unconventional hero, to pulling a precise mechanical maneuver.

In the two seasons of OGN’s APEX League Meta Athena has played in, Libero’s unique strategies have altered Overwatch’s meta on multiple occasions

Just hearing that name causes many players to shudder. It’s a name that reminds you of lost ranked matches in hero select, minutes before the game even began. Part of the original set of Overwatch characters, Hanzo is almost unanimously hated by the community for being mostly useless. An immobile glass cannon hero, Hanzo has a skill cap the size of Toronto’s CN Tower. And with Widowmaker, the game’s superior sniper, there is almost no reason to pick Hanzo in almost any situation.

Even in OGN’s APEX, a competition comprised of the world’s best players, most teams haven’t been able to successfully integrate Hanzo into any compositions, and thus have strayed far, far away from the hero. But Libero, alongside Afreeca Freecs Blue’s DPS Jeong “Recry” Taek-hyun, has found unique ways to use the Japanese archer in competitive play.

For Libero specifically, payload maps like Dorado and King’s Row have been the perfect setting to bring out Hanzo. Usually coupled with Ha “Sayaplayer” Jeong Woo’s Widowmaker, Libero and Meta Athena have created an effective fast-push strategy. It allows the team to reach these maps’ first checkpoint in approximately a minute.

Once this strategy is completed though, Libero remains on the Hanzo, a hero many professional players would quickly switch off. And contrary to what the community would have you believe about the hero’s capabilities, Libero can demolish his opponents throughout the whole map with Hanzo. Libero’s pinpoint arrow accuracy, in addition to his magnificent Dragonstrikes, will have you second guessing the usefulness of Overwatch’s bowman.

While not nearly hated as much as Hanzo, Sombra saw virtually no play within APEX upon her release in November, 2016. Sombra’s unique playstyle featured around her ability to hack opponents was unlike any other hero in the DPS class.

That’s why teams kept their distance from Sombra, continuing to run Reaper beyblade compositions, and later three tanks. Kongdoo Panthera’s Kim “Raskal” Dong Jun tried Sombra once earlier that season against Flash Lux, but wouldn’t bring her out again until the quarterfinals, after their match against Meta Athena.

Early into the playoffs of APEX season two, however, Libero decided to take a chance, unveiling his Sombra against Afreeca Freecs Blue on Eichenwalde.

Although this attempt at Sombra was ultimately unsuccessful as Meta Athena weren’t able to hold the first control point, Libero was undeterred. In Meta Athena’s following match against Kongdoo Panthera, Libero once again brought out her out, but this time on Hanamura. Luckily for Libero, his determination paid off.

With the help of his translocator, Libero dropped down onto the unsuspecting members of Kongdoo, hacking Evermore’s Zarya. That led Meta Athena into the first teamfight win as well as an early point A capture.

Despite the Sombra pick not catching on until the following season of APEX, Libero’s early play of the hero revealed to the rest of the league her potential and situations where she can be deadly.

Today we see many teams run strategies around Sombra that are based off mechanics Libero featured a month before. Teams like EnVyUs and Afreeca Freecs Blue have begun to play Sombra on Volskaya Industries defense, using the flank and dropdown hacking maneuvers Libero pioneered.

On the attacking side of Dorado, Libero—who was on the Mei pick—pulled off an ingenious boost with his Ice wall. It brought his entire team, except for Sayaplayer, over the roof of a building that was meant to be a boundary. This boost allowed Meta Athena to surprise flank and later wipe the entirety of Lunatic-Hai.

Throughout Overwatch’s history as an esport, fans have seen a few different boosts. The most notable was easily Kim “Zunba” Joon Hyuk’s Zarya rocket boost at the 2016 Overwatch World Cup.

Not only was Libero’s boost able to incorporate his entire team, but the roof of the building was specifically made to disallow these sorts of flanks, forcibly pushing any hero off through the game’s slipping mechanic.

For a game that’s core strategy centers around the execution of different plays throughout a map, this type of boost will no doubt become an integral part of competitive play. Whole new areas within Overwatch’s 15 maps, currently left untouched and unexplored, will soon become the setting of some of the game’s best highlights. Once more time has passed, and more of these game-changing boosts are found, teams will integrate these map exploits into their ever-growing playbooks.

And when pundits look back at the beginnings of Overwatch, Libero will be credited not only as a leading pioneer for boosts, but as one of the game’s greatest innovators.