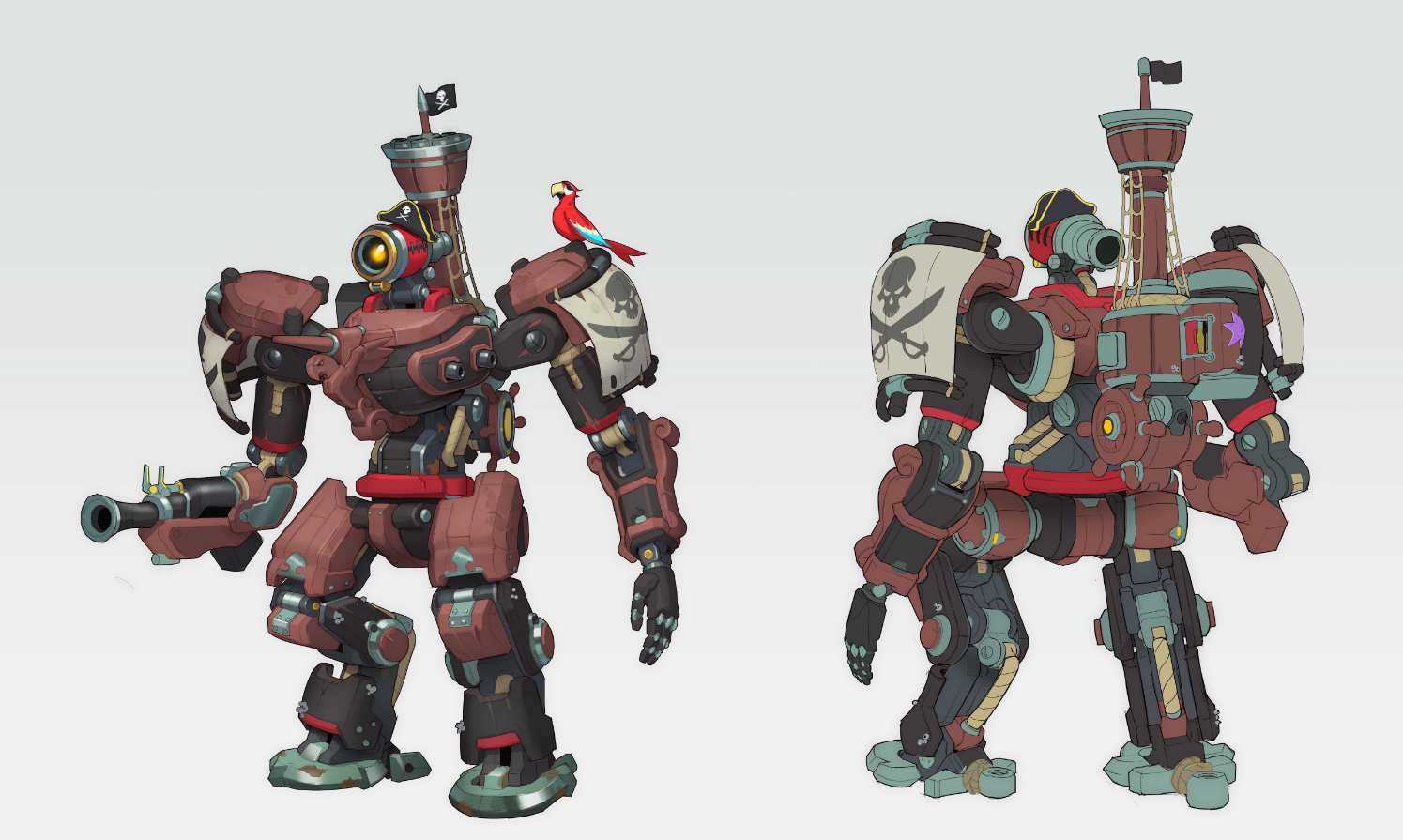 A new Legendary skin for Bastion is live in Overwatch and available for purchase using Overwatch League Tokens today.

Pirate Ship Bastion adorns everyone’s favorite omnic with a, you guessed it, pirate ship design. The skin has been brought to the game in celebration of the Countdown Cup, the OWL’s final tournament of the 2021 season.

“The idea came from a specific team composition featuring Bastion on payload maps called ‘pirate ship,’ where Bastion sits on the payload while the rest of the team protects him,” Blizzard said. “We thought it would be fun to make Bastion an actual pirate ship.”

In the skin, Bastion has a pirate flag and hat, anchors, a marine steering wheel, and a parrot friend. The skin will be available to purchase from Aug. 18 to 30 for 200 League Tokens, which fans earn by watching OWL broadcasts on YouTube.

The 2021 season for the OWL is winding to a close. After the Countdown Cup, the playoffs begin in September and will include the Grand Finals, which are set to take place live at the Galen Center in Los Angeles.

The OWL’s Countdown Cup will be live this weekend, taking place from Aug. 19 to 21.