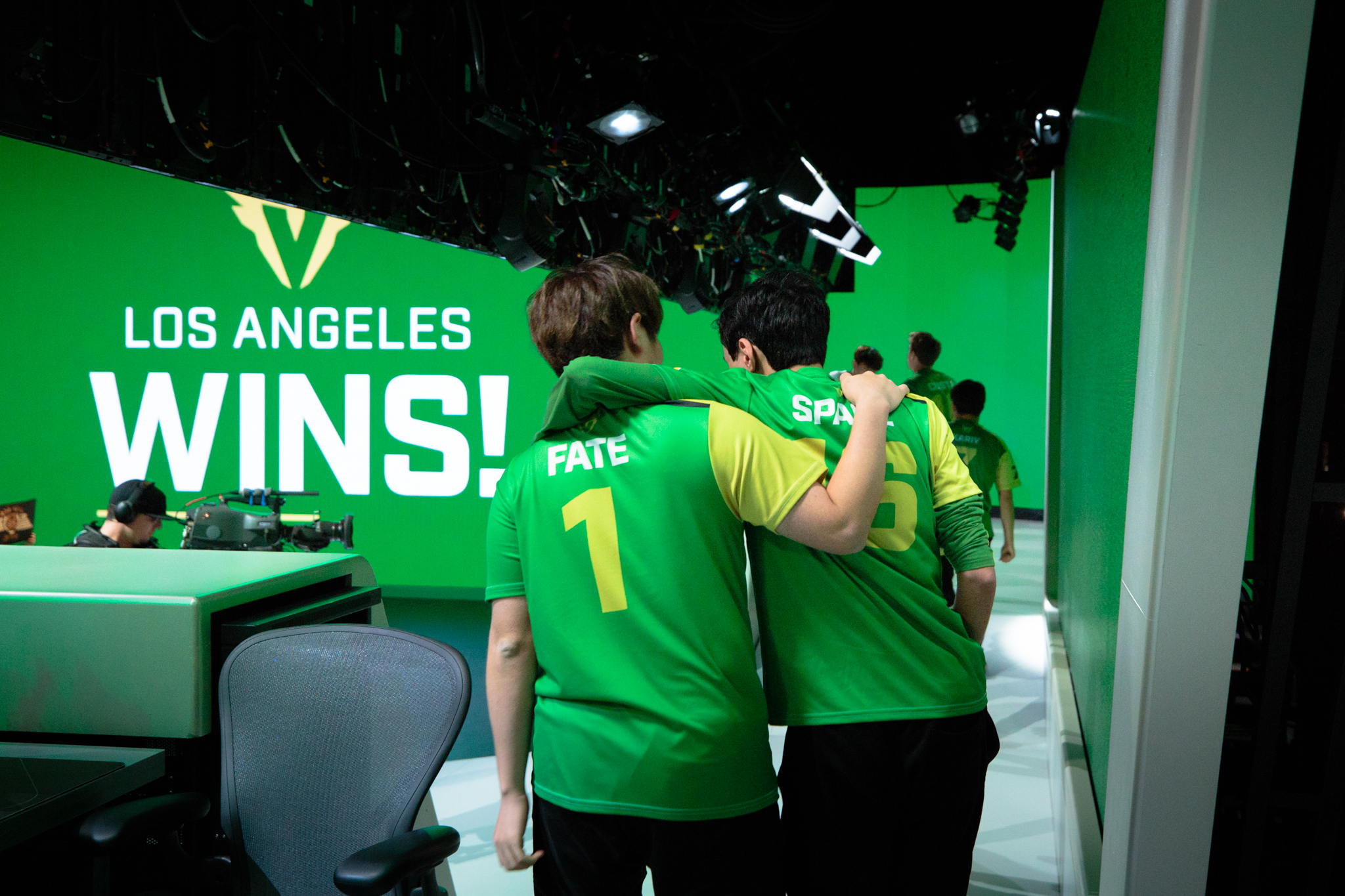 Boston Uprising made history during stage three of the Overwatch League, winning all 10 of their matches to secure the league’s first and only perfect stage.

Stage four, though, has been a nightmare.

Los Angeles Valiant handed Boston Uprising their fourth straight loss tonight, and the team is going from an undefeated stage to a winless one thus far. At least tonight there was some silver lining, unlike their 3-0 loss to Dallas Fuel earlier this week. Uprising won two maps and nearly completed a reverse sweep in Valiant’s 3-2 win.

Los Angeles jumped out to an easy 2-0 lead in the series, posting one of the best attack times the Overwatch League’s ever seen on King’s Row before full holding Uprising on Hanamura. It looked like Los Angeles would earn an easy victory, but Uprising finally showed a little life this stage and brought the series back on Oasis and Dorado. On the decider, Nepal, Valiant showed they were the better team, making some smart hero swaps and scoring the clutch kills to close out the series.

The match was actually an important one for the season standings. Los Angeles Valiant are now the No. 2 team in the league, supplanting Boston in that spot by virtue of a superior map differential. Both teams are now 22-12 on the season, but Valiant’s positive 27 map score tops Uprising, who are at positive 19.

Improving their play is easier said than done, however. Uprising look confused and unsure in this new meta, now that they can’t rely on the dive composition they’ve run to great success through the first three stages of the season. Teams with flexible hero pools that can adapt to different compositions on the field or on each segment of the map are succeeding this stage, compared to squads like Boston that relied on perfecting execution on a single composition.

The new meta has also neutered their stars. Kwon “Striker” Nam-joo was an MVP candidate on Tracer as the league’s best player in one of the more impactful positions. But with Brigitte shutting down dive, he’s struggled to find a similar impact on heroes like Pharah or Junkrat. With Uprising’s one real star neutered by the current meta, it’s tough for Uprising to get their footing, and that could ruin their season.