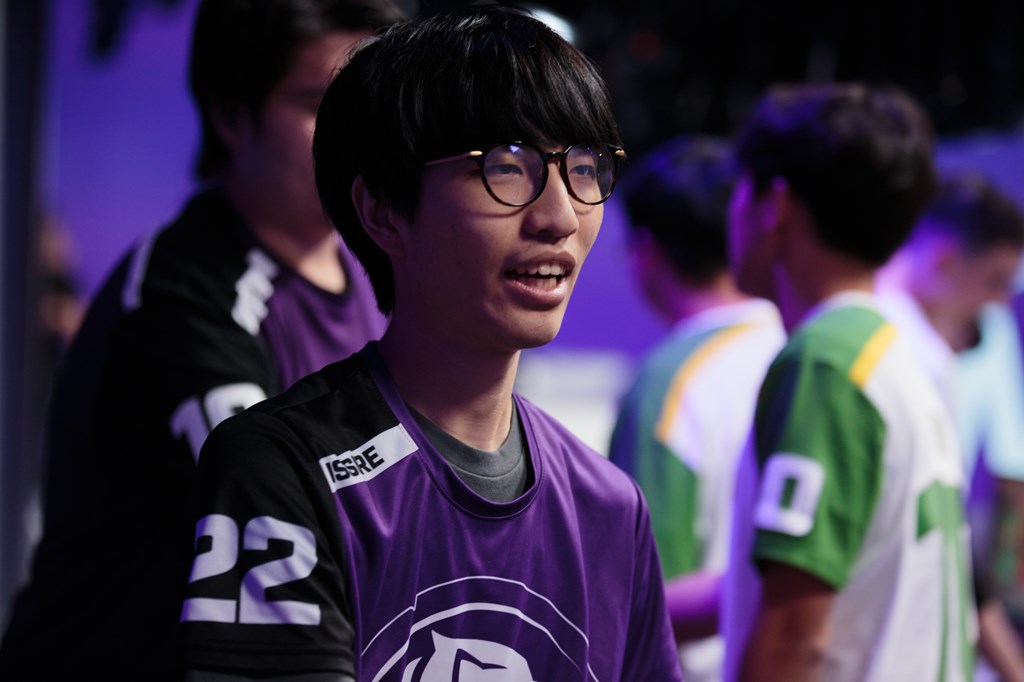 During the break between stage one and stage two of the Overwatch League, London Spitfire had a dilemma: Their roster featured two of the best main tanks in the world, Hong “Gesture” Jae Hee and Baek “Fissure” Chan Hyung, but only Gesture was receiving playing time. London decided to trade Fissure to the Los Angeles Gladiators.

Today, Fissure made his former team pay, as he led the Gladiators to a convincing 3-1 victory against Spitfire.

This was a huge win for a Gladiators team hot off a 4-0 sweep of Los Angeles Valiant, securing a 2-0 week that puts them squarely in the conversation as a playoff contender in stage two. Gladiators now own a 4-2 record on the stage with a positive 10 round differential, pulling them ahead of the two teams they beat this week into third place.

Not only was the win an important one in the standings, but it also proved Los Angeles can hang with the big boys. They outplayed Spitfire, the stage one champs, throughout the entire series.

London may have given Gladiators a helping hand, opening the match fielding their “B-team,” if you can call the starting lineup of the Apex winning GC Busan a B squad. But Gladiators certainly made them look like such, controlling the pace of the match on Volskaya and Lijiang Tower with two comfortable victories.

On Volskaya, Gladiators opened with a well-executed Sombra defense. Spitfire needed a last-second overtime push to take the first point after narrowly avoiding disaster against an EMP and Transcendence combo. On the last point, Gladiators continued to field Lane “Surefour” Roberts on Sombra, but with a team composition twist: Support player Jonas “Shaz” Suovaara started on Genji, and then swapped to Mei as a perfect response to Spitfire’s own change to Reaper. Spitfire needed an overtime cap again to take the point. On attack, Gladiators looked in complete control, taking the high ground and picking apart Spitfire with Surefour’s Soldier 76 before snowballing into the final capture point.

Then came Lijiang Tower. Spitfire only captured the control point a single time, scoring a grand total of 41 percent on the point over two rounds. It was a slaughter.

London swapped to their typical starting lineup for King’s Row, bringing in Kim “Birdring” Ji Hyuk, Kim “Fury” Jun Ho, Kim “NUS” Jong Seok, and Choi “Bdosin” Seung Tae, but it proved too little too late. King’s Row was close with both teams fighting tooth and nail through the middle segment of the map, but Gladiators proved stronger thanks to better team compositions, utilizing Junkrat and Pharah to pick apart London’s tank-heavy setups.

Spitfire recovered to take a single map win on Route 66, but the damage was already done, leaving Spitfire fans to wonder if the result may have been different if their starting lineup played the whole series. Still, Gladiators looked one step ahead all series, even after London swapped their lineup.

In his post-game interview, Fissure said it was “exciting” to play against his former team, and that he’s finally proven himself after sitting on the bench behind Gesture in stage one. He’s not only proving he’s still a world class tank, but proving that Gladiators are a world class team. The addition of Fissure is paying huge dividends for Gladiators, transforming them into a more decisive and aggressive team capable of stacking up and toppling the league’s best.

The win moves Gladiators to 8-8 on the full season. They still have some tough matches coming up in stage two against the Houston Outlaws and Philadelphia Fusion. A week ago, you’d call Gladiators underdogs entering those series, but Gladiators have flipped the script and are now looking like one of the strongest teams this stage.