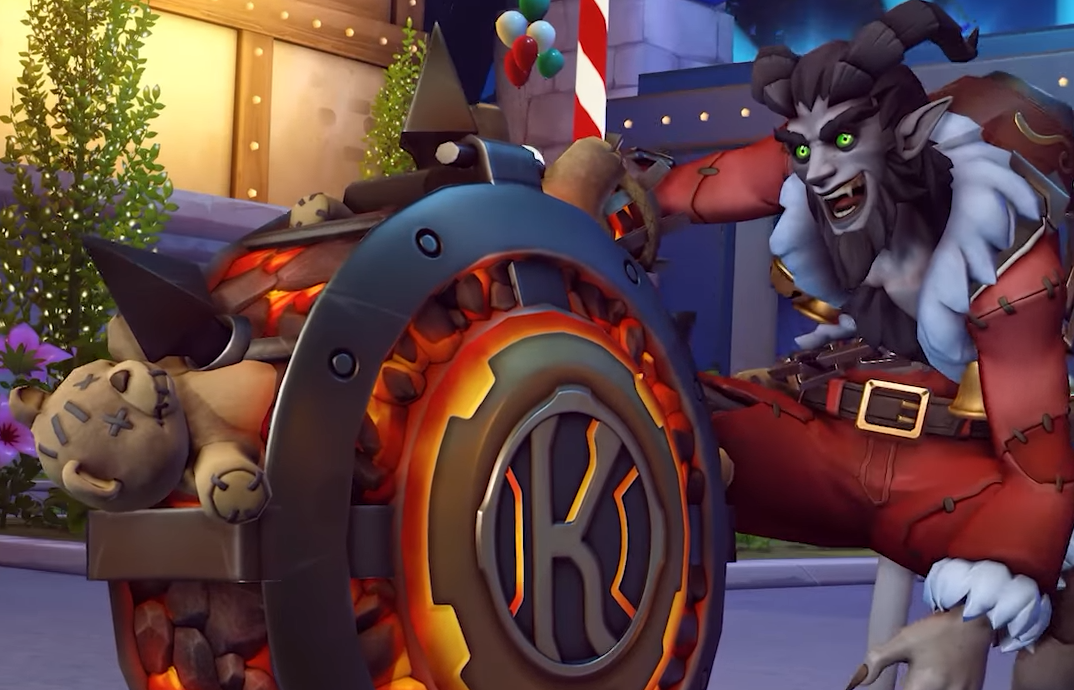 When Overwatch’s Winter Wonderland 2018 event kicks off tomorrow, Blizzard will unlock a series of new seasonally-appropriate skins. Among those skins are Biathlon Widowmaker, Sugar Plum Fairy Mercy, and Figure Skater Symmetra—all delightful re-imaginings of the heroes for the seasonal event. But those aren’t the last of the new skins coming. Blizzard just revealed another new skin for Winter Wonderland: Krampus Junkrat.

“It’s good to be bad,” Blizzard wrote on Twitter. “Get on the naughty list as Krampus Junkrat (Legendary!)”

Krampus Junkrat is inspired by European folklore, turning the Australian junker into a half-goat, half-demon character. Krampus is like the opposite of Santa, a creature that terrorizes kids who were bad over the year. The new Junkrat skin is a terrifying mix of Christmas spirit and demonic symbolism, right down to Junkrat’s tire stuffed with toys that appear to be burning.

Overwatch’s newest Winter Wonderland skin joins the six others revealed over the past week: Figure Skater Symmera, Gift Wrap Bastion, Biathlon Widowmaker, Sugar Plum Fairy Mercy, Artic Fox Lúcio, and Snowboarder Zarya. These are likely all of the Overwatch skins that’ll be released when the event begins on Dec. 11, but we can’t count out any surprises.

Related: All of the Overwatch Winter Wonderland Skins revealed so far

Alongside the new skins, Blizzard’s Winter Wonderland skins from earlier iterations of the event will return, available at discounted unlock prices. New cosmetics, like sprays and victory poses, are expected to to revealed with tomorrow’s kick-off, too.

Blizzard World, Hanamura, and King’s Row are the three Overwatch maps that will be decorated for the holiday. (Blizzard World is the new addition. Our first look at it will be at the event’s start.) Overwatch’s Winter Wonderland event will begin Dec. 11 and continue through Jan. 2.