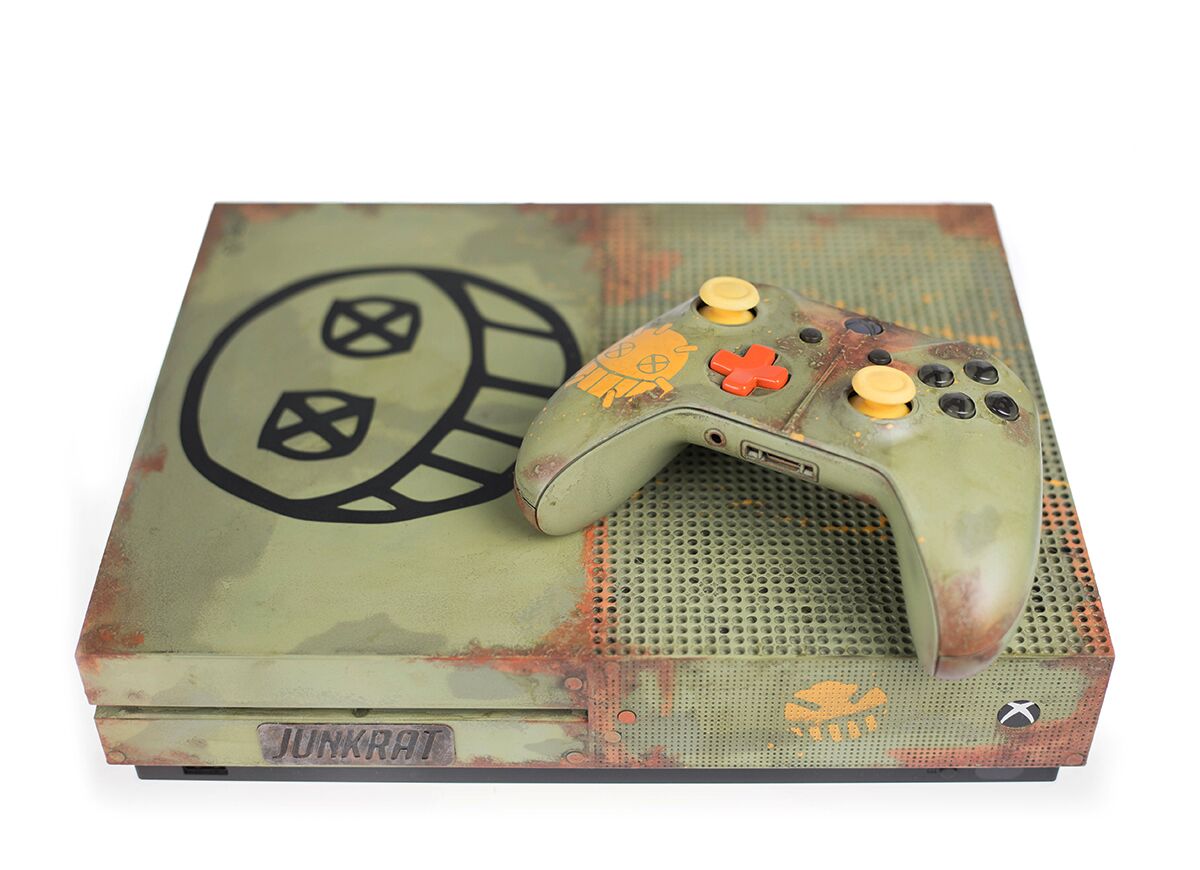 Looking for an Xbox One S straight out of the Australian apocalypse? This might the console for you.

The Xbox One S is a revision of the original console design, making it 40 percent smaller than the first Xbox One. It’s a great looking console—very sleek—but the Junkrat skin really sets it off.

Related: You could get your hands on these Overwatch-themed controllers, if you’re lucky enough

Emblazoned with Junkrat’s logos and sprays, the themed Xbox One S is a muted green color with rusted edges—it’s something you’d expect Junkrat himself to pick up out of a trash pile. And, uh, that’s a compliment.

You can enter the contest for the custom Xbox One S on Hryb’s website. There’s a form there that you can connect to a number of different social media options, but there’s just one entry per person. The deadline for entry is 11am ET on Nov. 2.

If you win, you’ll get the Junkrat-themed Xbox One S console, a custom Xbox wireless controller, the game of the year edition of Overwatch, an Xbox Game Pass for three months, and a 12-month Xbox Live Gold subscription.