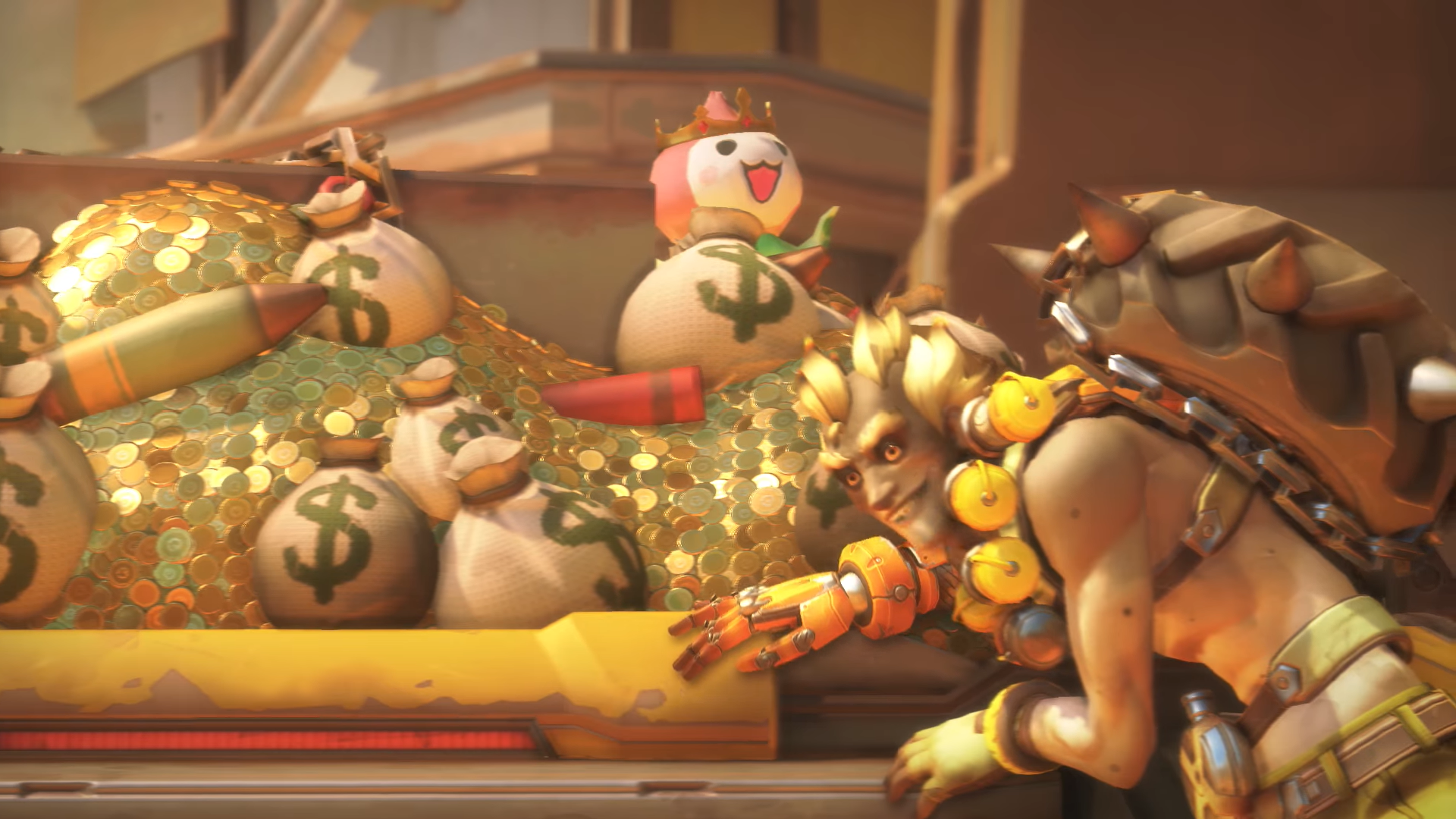 Junkrat and Roadhog are back in Junkertown after a worldwide heist—they’ve just got to get back inside.

Blizzard revealed a new Overwatch map, Junkertown, during a livestream held ahead of gamescom 2017 in Cologne, Germany. To go with it, the developer also released a little animated short showing off how the Overwatch heroes got up to their shenanigans.

The two Australian bad guys have returned to their hometown in the outback after being kicked out of Junkertown by the city’s queen. If they want to get back into their home, they need two things—money and explosives. But as you might expect, things don’t go exactly to plan, thanks to Junkrat.

We’ve got lots of gold, lots of bombs, and a couple of very inconspicuous costumes. All of those together play a big part of Roadhog and Junkrat’s plan to get back inside: It’s all explained as part of the little animated short shown during Blizzard’s teaser trailer.

The best part is, it’s not even the digital short—like The Last Bastion or Infiltration—that’s debuting later in the event. It’s just a bonus animated short to go along with the map. Thanks, Blizzard!