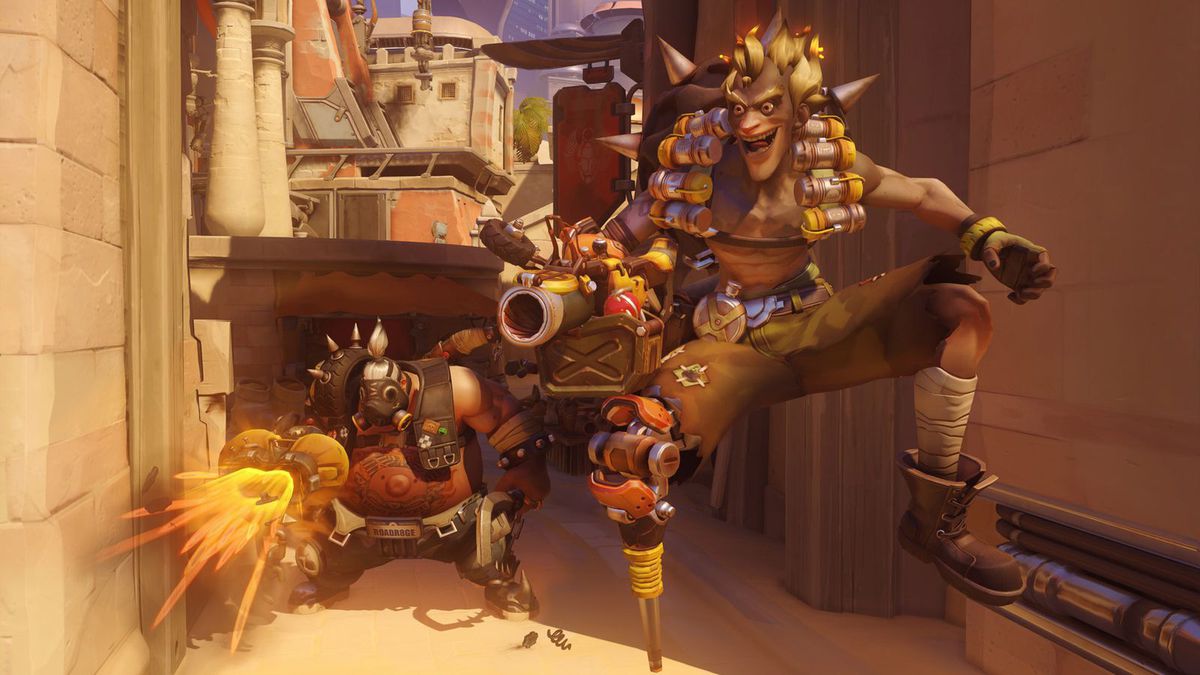 Junkertown was only the beginning. Overwatch’s seen a serious increase in Junkrat and Roadhog’s playtime since their Aug. 29 buffs—and now they’re dominating the in-game meta.

Across PC and console, both Australian junkers have seen not only increased playtimes, but winrates, too. Looks like we’re going to have to stop bowing down to the Junkertown queen. Roadhog and Junkrat rule, these days. Junkrat has become the most popular DPS hero, ranking one through four, in every tier, according to Overwatch statistics site Omnic Meta. At Grandmaster, he’s number one.

In turn, Junkrat’s popularity has created a downturn for other DPS heroes, like Soldier: 76, Reaper, and Doomfist. Of course, the hero usage differs across skill tiers, but if we’re talking broad strokes, Junkrat is in, for both console and PC, according to Omnic Meta—even in Competitive Play.

Junkrat isn’t alone, either. Roadhog is often found with an even higher usage rate than the DPS hero. His buffs adjusted the tank heroes’ survivability. Take a Breather is now available for use while moving, and damage taken while healing has been reduced by 50 percent.

The numbers presented by Omnic Meta represent hero usage in Competitive Play, but not necessarily professional Overwatch. Buffs to both heroes are certainly helping the two heroes see more time there, too—but it’s far too early to know if their impact will change the professional Overwatch meta, which is currently being dominated by Doomfist.

It’s not only buffs and nerfs to individual heroes that change their own usage rates, however. It’s all hero changes that impact the entire meta. Things will likely change once again—even for Junkrat and Roadhog—when the current PTR patch hits the live server. D.Va’s rework, which adds changes to the Defense Matrix and adds Micro Missiles, will certainly impact her play, but could do anything across the game, too.