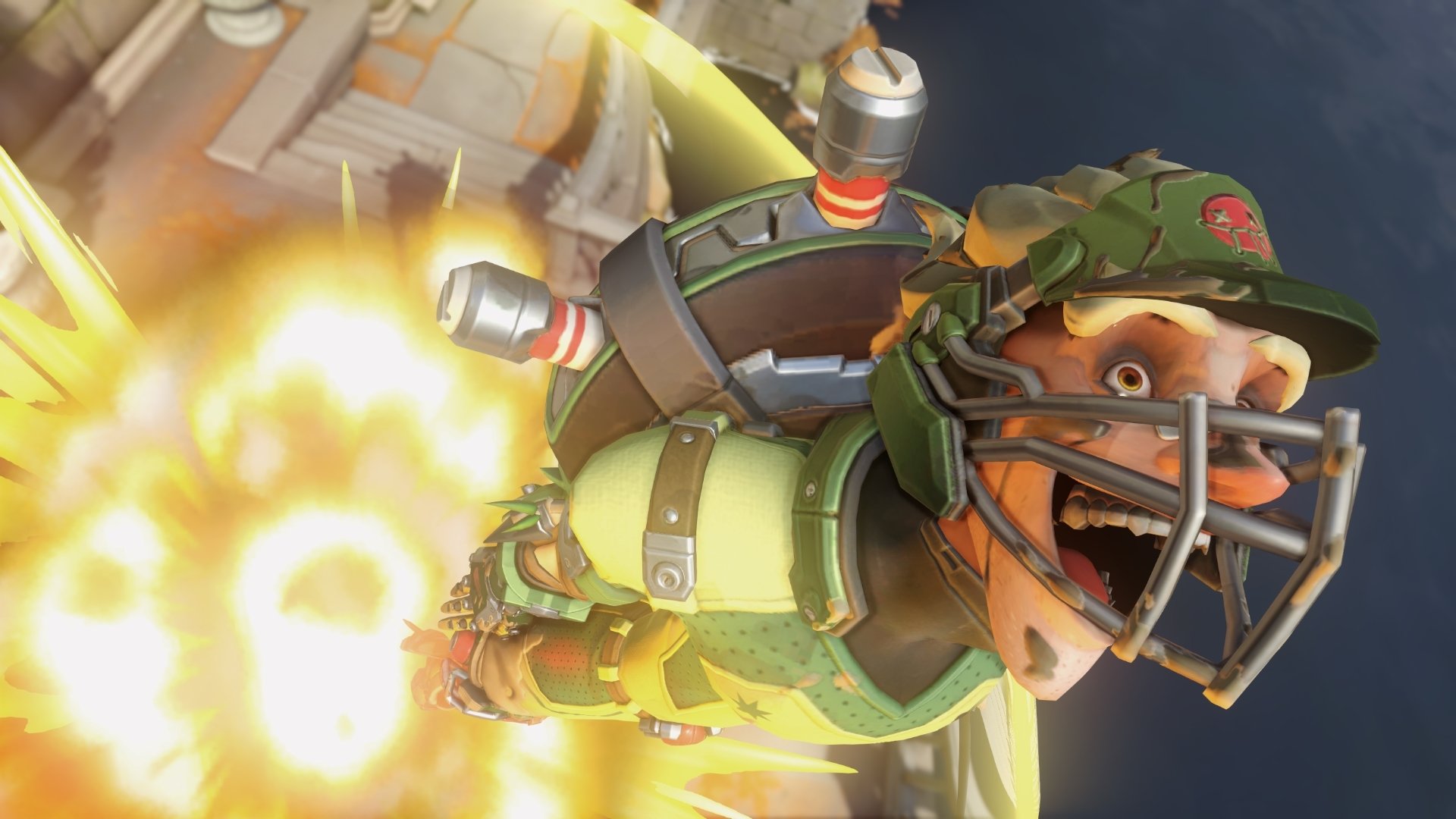 It’s a perfect day for some mayhem—Junkrat’s buffs are now live in Overwatch, along with a slew of other changes.

With Summer Games 2017 coming to an end, a new update has hit the game’s live servers. A total of four heroes have seen changes, but none of them have seen more improvements than everyone’s favorite pyromaniac.

The addition of a second Concussion Mine makes a huge difference for Junkrat, as he can now deal twice as much damage as before. Not only that, but a second mine also makes him way more maneuverable and less flat than he was. He can use both mines in concert to reach higher than he ever could.

The buff to his RIP-Tire is much needed as well, as the movement speed makes it more difficult to take out and kill if maneuvered skillfully enough. Overall, both of these changes make him more viable than before.

Orisa’s primary fire is a projectile, meaning that the bullets have to travel before they reach their target, unlike hitscan heroes like McCree and Soldier: 76. This small change to the speed of her projectiles allows her to be slightly more consistent with her damage output, especially at range.

Defensively, too, Orisa is stronger now, as her Protective Barrier is larger and has a slight lip at the top. The new shape can help protect her and her teammates from vertical threats like Pharah and Soldier: 76.

Roadhog’s healing ability gets two separate changes, and they definitely help with his survivability. The 50 percent damage reduction can be the difference between life and death, and he’ll now be even harder to hit while vaping, as he can move while he does it.

Overwatch’s evil sniper has received two minor changes, but they can help her a lot in the long run. Shaving four seconds off of her Grappling Hook cooldown means that she’s now more capable of escaping from heroes like Winston and D.Va, which obviously helps her ability to stay in the fight.

Her Venom Mine also received a slight buff, as it can be used as a sort of a mini-radar that shows affected enemies through walls when they take damage from it.

Season six of Overwatch’s competitive play begins in two days, so keep these changes in mind when it’s time to start climbing up the ladders again.