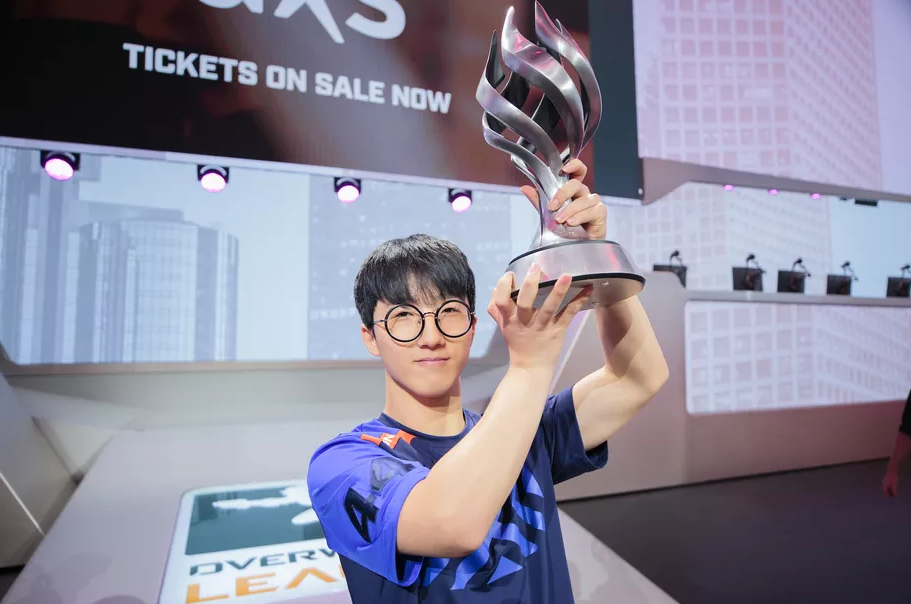 Bang “JJoNak” Sung-hyeon is one of the Overwatch League’s finest players, so it’s only fair that he receives the finest ink.

The New York Excelsior star and Zenyatta main has a badass shoulder tattoo that pays homage to his name. JJoNak, or “jjomullak nakji,” means “fumbling octopus” in Korean.

The tattoo is a perfect tribute to both JJoNak’s in-game name and his commemorative Overwatch skin that was a part of him winning the 2018 Overwatch League MVP award.

The octopus tattoo features a monocle and it appears to be holding orbs that Zenyatta uses as his weaponry in-game. It’s the perfect tattoo for JJoNak that you could imagine, especially when compared with the in-game skin.

The tweet above by New York Excelsior’s parent company Andbox also teased “something special” in the works and more information coming soon. It’s up to players and fans to speculate what comes next, but a T-shirt with JJoNak’s tattoo design would be pretty awesome.

Regardless, JJoNaK has solidified himself in both the Overwatch community and the octopus community. He definitely isn’t fumbling when it comes to the game of life.