See if your favorite hero is undergoing some tweaks. 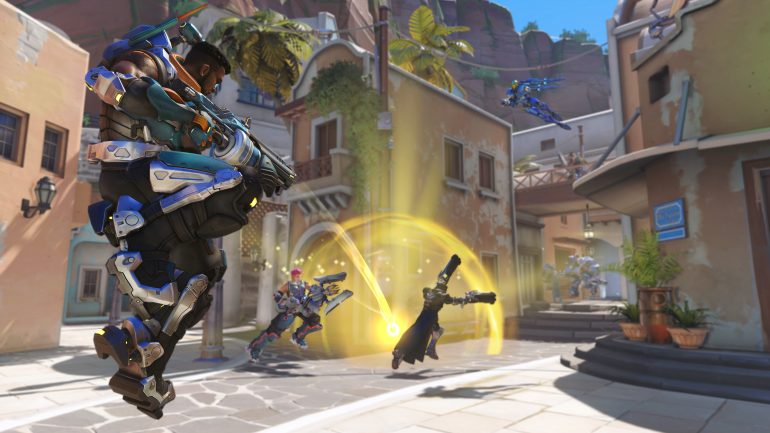 Overwatch is aiming to truly change the game with a long list of general and hero-specific changes going live today.

Baptiste, the game’s 30th hero, also joins live servers today. All of these changes have been tested on the Public Test Realm (PTR) the past few weeks in order to balance them for live players. They’re all instantly available in every part of Overwatch, including Competitive mode. Baptiste will not be available in Competitive mode for at least a week, however.

Here is everything you need to know about the patch.

Beam-type damage (such as from Zarya’s Particle Cannon) is now reduced by 20 percent when hitting armor. Damage over time, from attacks like Widowmaker’s Venom Mine, will be more consistent when interacting with armor. Knockback has also been made more consistent. Flying heroes, such as D.Va, can now be knocked back by heroes like Lúcio and slowed down.

Damage boost, whether from Baptiste or another hero, is now applied when a projectile is fired rather than when it hits a target. New sounds have been enabled to help players identify different kinds of hits. A new, higher pitched metallic sound plays when you land a hit that is damage boosted. A new duller sound plays when a hit is landed but doesn’t do any damage at all; a good example is when a hit is sent through Baptiste’s Immortality Field and doesn’t damage a character.