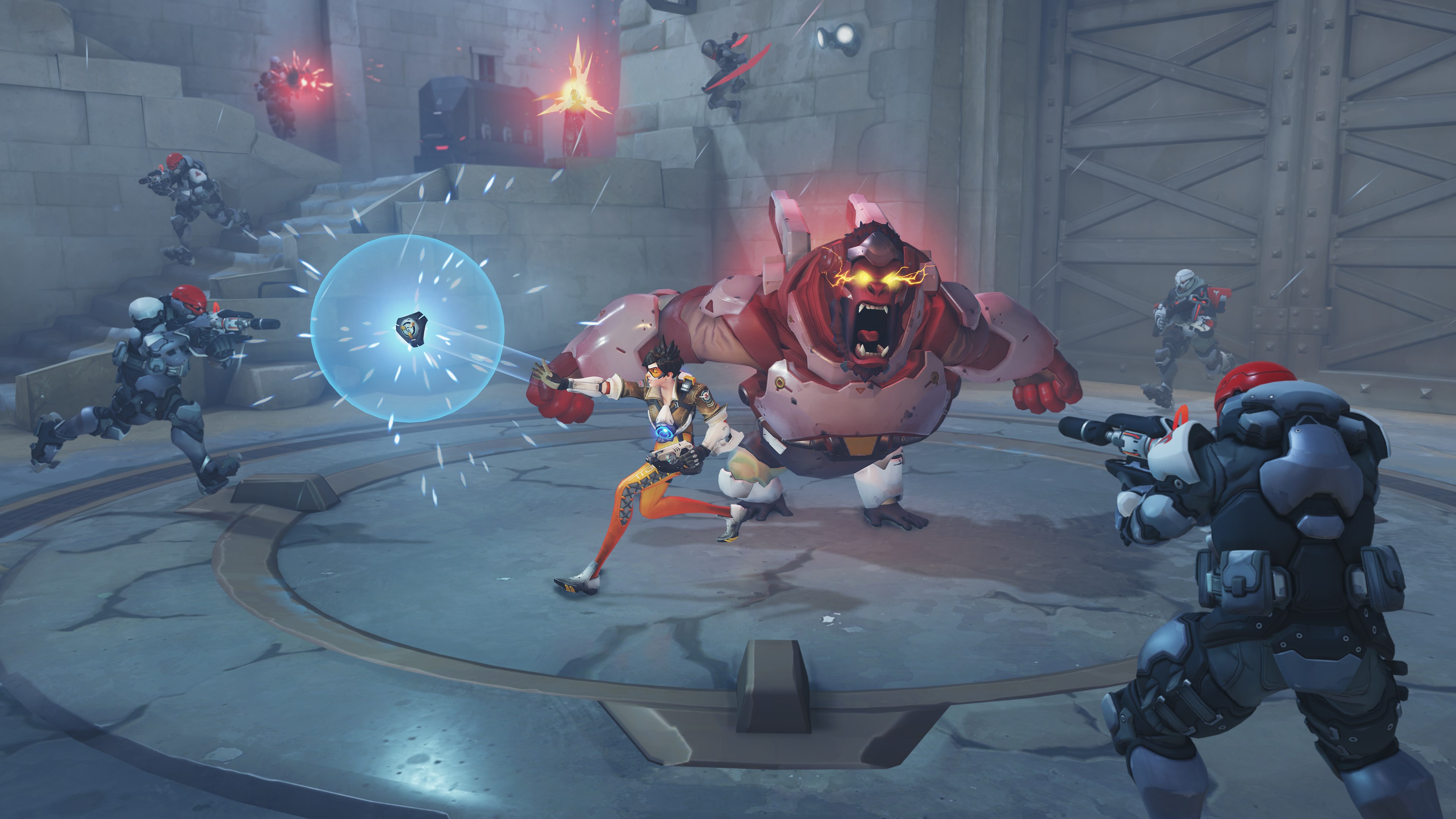 A patch of this magnitude can drastically alter the meta of competitive and professional Overwatch. Here’s how these specific changes will affect hero choices and decide whether dive meta will have a resurgence.

In the current Overwatch meta, referred to as “shield meta,” Orisa and Sigma are the most common tank duo. Patch 1.41 introduces consequences for both of these heroes. Sigma now has a one-second cooldown on his Experimental Barrier, meaning players can no longer throw the shield at will. Orisa’s Protective Barrier also has an increased cooldown of 10 seconds.

While they’re still the strongest tank duo, Sigma and Orisa players will have to be more careful. Sigma will no longer be able to instantly stop assaults from DPS heroes, like Pharah or Reaper, at multiple angles due to the cooldown of his barrier. Additionally, Sigma’s Kinetic Grasp will no longer block Roadhog’s Chain Hook or Brigitte’s Whip Shot, making him more susceptible to displacement. All of this combined means that bunker setups with Orisa and Sigma can be more easily taken down.

Winston and D.Va may return to the tank conversation thanks to buffs in Patch 1.41. Winston’s Projected Barrier duration has been massively increased from six to nine seconds and his shield’s health has been increased to 700. D.Va’s Defense Matrix has a faster regeneration rate and lower delay before regeneration. Both may see slightly higher pick rates, especially against high-damage, projectile setups.

For the last few weeks, everything has been coming up Moira. Her ultimate, Coalescence, goes through shields and has quickly become one of the most valuable ultimates in the game. Due to her near-constant pick rate, Blizzard decided to make her slightly less powerful. Her self-heal when using Biotic Grasp has been reduced, so she’ll be easier to eliminate.

Lúcio has still seen a high pick rate in the shield meta thanks to his ability to speed boost his team into an attack against shield tanks. His Speed Boost ability has been made even more powerful with a full 10-percent increase when Amplification is used. Mercy has also seen a considerable buff to her ultimate, Valkyrie, which will now ignore shields.

With these changes, Lúcio and Mercy might become viable as a healing duo once again. At the very least, Mercy may have some chance of replacing Moira on certain maps thanks to her damage boost.

Beams and fists, not so great

Doomfist isn’t having a good time with Patch 1.41. After being used as an effective counter against heroes like Mei and Reaper, a few of his most useful abilities have been reduced. He gains fewer shields after hits and Rocket Punch now takes 1.4 seconds to build up to full strength, which is a huge increase from the previous one-second charge time. He’s still the best choice for disrupting common DPS picks, but Doomfist players will have to more carefully plan their attacks.

Symmetra’s ultimate, Photon Barrier, has reduced health (4,000 from 5,000) and has lost a full three seconds of duration. Her Sentry Turrets also had their damage reduced from 50 to 40. Symmetra’s primary weapon gains power when it’s used against shields, so she’ll still be an easy pick against most compositions. Her ultimate may suffer in usefulness, especially when used as an aggressive opener for attacks.

Many players are wondering if dive meta can make a return with Patch 1.41. The classic dive meta used Winston, D.Va, Tracer, Genji, Mercy, and Lúcio to rush a specific target and eliminate them. Five of those six heroes were given buffs in this patch, but don’t say dive is making a comeback just yet.

The buffs to Winston and D.Va are significant, but they still won’t stand up to the survivability of Orisa and Sigma. The dive tank duo may have their uses, especially against teams who aren’t using Orisa and Sigma to their full potential. Lúcio’s Speed Boost buff will be helpful, but it’ll likely be used to speed in heroes like Reaper and Mei instead of the classic dive heroes. Even though the range of Tracer’s Pulse Pistols has been increased from 10 to 13 meters without fallout, it doesn’t stop her from being easily defeated by a talented Mei or Reaper.

The current shield meta might not go away, but it’s overwhelming presence in competitive Overwatch may be weakened thanks to these changes. All of the PTR patch changes should hit the live servers in as little as two weeks after testing is completed.