How to watch the Overwatch League 2019 All-Stars event 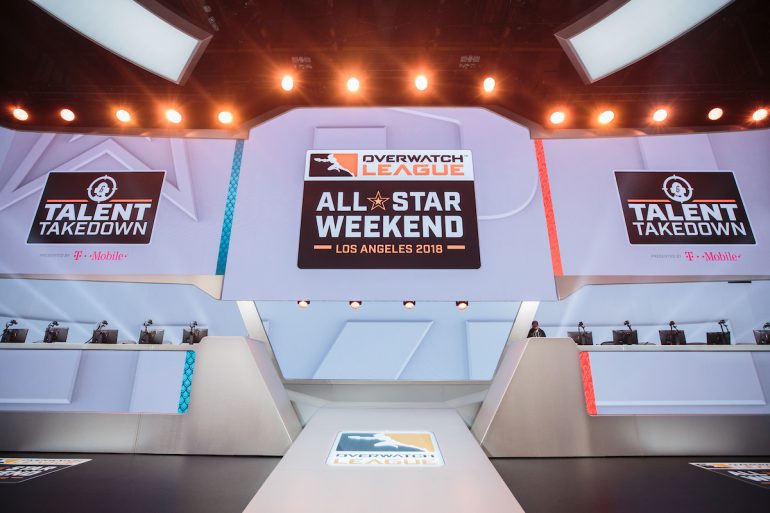 The Overwatch League All-Stars event will return in just a matter of days, and the full schedule for the two-day event is finally here.

Fans chose 12 starters from the Pacific and Atlantic divisions to represent the two regions in a series of fun and unique game modes. An additional 24 pros chosen by Overwatch League staff members, coaches, and players will join them on stage as reserves for the All-Star Game on Thursday.

Games will be streamed on the Overwatch League site, Twitch, and ESPN2, according to the schedule below:

The Talent Takedown will kick off day one with coaches from the Atlantic and Pacific divisions drafting teams of Overwatch League broadcast talent for a three-map set of lockout elimination, escort, and control.

Shortly after the Talent Takedown, the top Widowmaker players from the Atlantic and Pacific divisions will face off in the first two rounds of the headshot-only elimination bracket. Players will only be able to use Widowmaker’s sniper rifle, and the first players to reach seven eliminations will advance to the next round.

All-Stars will then compete in the All-Star Arcade, which features five different game modes voted on by fans. The first game mode will be Sibling Rivalry, a classic game on Hanamura featuring three Hanzos and three Genjis on both teams. The second mode will be Healers Never Die, a supports-only mode on Nepal with a limit of one hero per team.

The Terrible, Terrible mode will take place afterwards, a damage-only mode on Hollywood, followed by Keeping the Peace, a McCree-only face off on Route 66. A tiebreaker, Thanks, but No Tanks, will come next, which will pit players against each other in a no-tanks game mode with a one hero limit.

The finals of the Widowmaker 1v1 will then wrap up Wednesday. The two All-Stars who emerged from the semifinals earlier in the day will then face off in the 1v1, and the first to reach nine eliminations will win.

For day two, the All-Star teams from the Pacific and Atlantic divisions will compete in the main event, the All-Star Game. The series will be a first-to-four and will feature classic Overwatch League game settings, and all players from each team will be required to play at least one map.