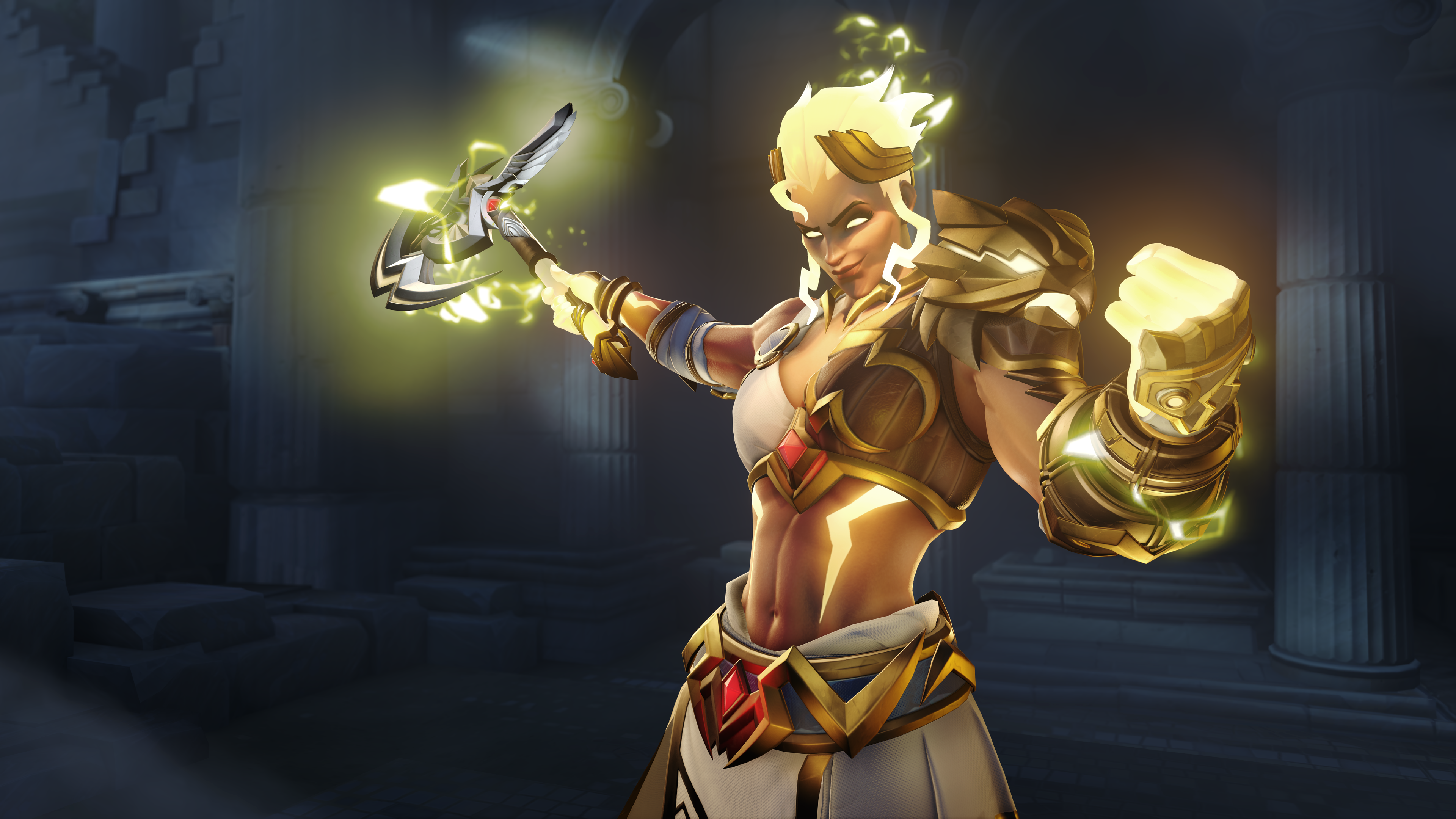 A new Mythic skin is joining the ever-growing list of cosmetics in Overwatch 2, this time taking inspiration from Greek mythology.

One of the newest heroes in the Overwatch universe, Junker Queen, will be the recipient of the game’s next Mythic skin with the release of season two on Dec. 6. This skin will be known as Zeus Junker Queen and is clearly inspired by the Greek god of thunder himself.

Within the season two reveal trailer, Zeus Junker Queen can be seen with various designs, similar to the customizability of season one’s Mythic skin, Cyber Demon Genji. Most of her visuals have also been imbued with lightning, giving new purely-cosmetic effects to her many weapons.

Zeus Junker Queen will be available as the reward for reaching tier 80 in the premium track of the season two battle pass. It is expected to be accompanied by what appears to be a new highlight intro related specifically to this skin, depicting Junker Queen calling lightning to strike her ax.

As with Cyber Demon Genji, the Mythic skin reward for season one, Zeus Junker Queen will be locked behind both a paywall of 1,000 Overwatch Coins—roughly $10—and a significant XP grind. The skin is not likely to be available for purchase in the near future, though it is possible that Mythic skins will be made available through the in-game shop for premium currency at a later date.

Various cosmetics relating to Zeus Junker Queen, such as sprays and icons, are also expected to be available as rewards in the battle pass track prior to unlocking the skin itself. All of these can be earned via the season two battle pass that releases on Dec. 6 alongside the new tank hero, Ramattra.