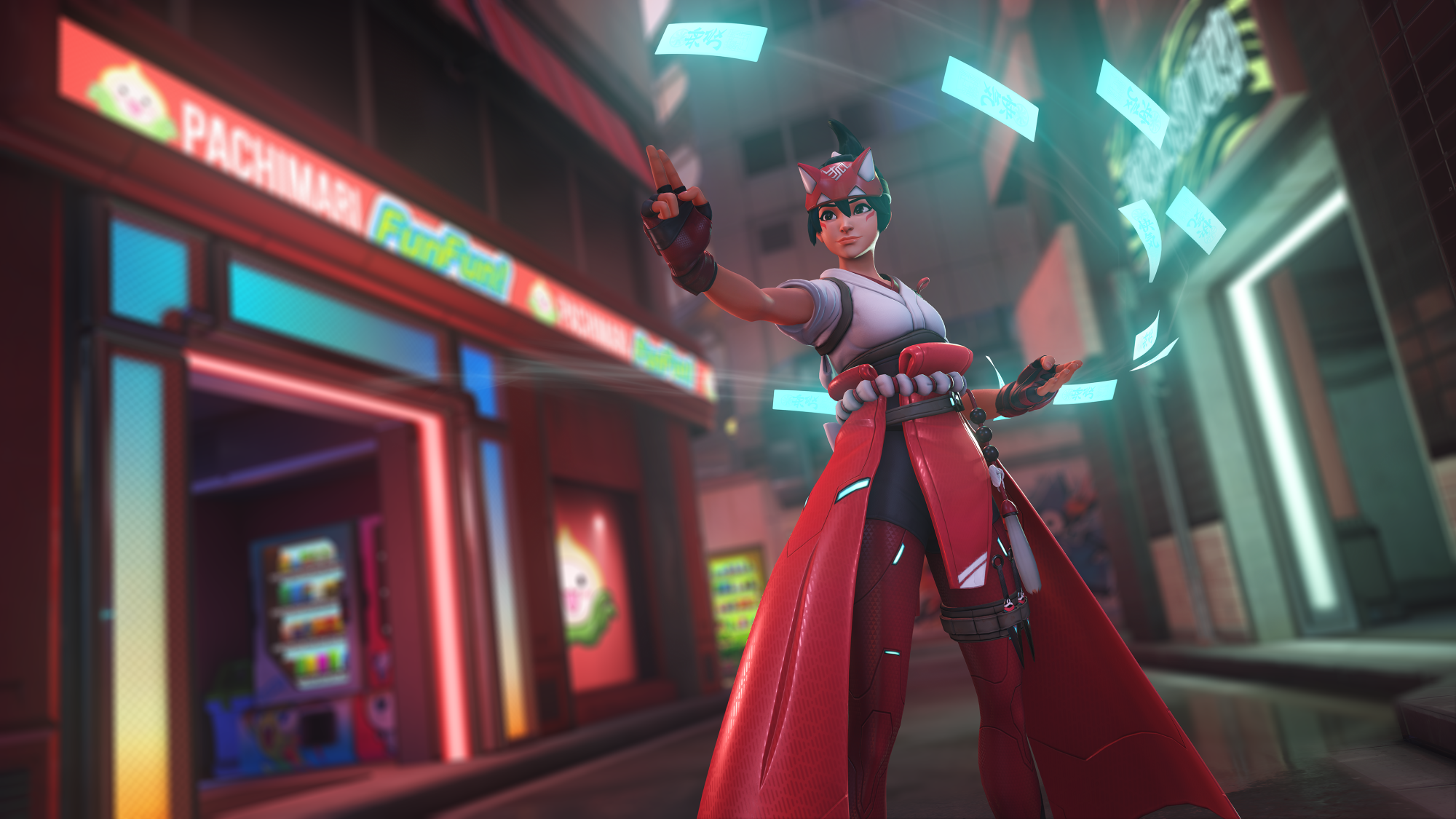 Blizzard announced today that Overwatch 2’s newest hero, Kiriko, will be joining the game when it releases in free-to-play early access on Oct. 4.

Unlike previous heroes, Kiriko will begin the precedent of all future heroes added to Overwatch 2 being locked behind the free track of the ongoing battle pass. For those that want to play as the new kitsune-themed support hero, they will have to grind all the way to tier 55 of the season one battle pass. She will not be unlockable with Overwatch Coins immediately.

But, a bonus is being given to existing Overwatch players that will allow them to play as Kiriko without having to grind the pass. This campaign is likely to only apply to Kiriko, and not other heroes released after her.

Players that currently have the original Overwatch installed on their platform of choice are eligible to receive the Founder’s Pack. This can be obtained simply by logging into Overwatch if you purchased the game prior to June 23, 2022.

Outside of two Epic-tier skins for Sombra and Doomfist, as well as a profile icon, the Founder’s Pack also grants players Kiriko for free immediately upon downloading Overwatch 2 with that same account.

This means players will be able to use the new hero in their matches—outside of Competitive mode—at their leisure, without having to reach tier 55 on the free track of the battle pass.

Players that purchase the premium track of the season one battle pass will also get instant access to Kiriko. It is likely heroes released after Kiriko will also be given away immediately to those that spend money on the premium pass.

Future heroes will continue to be locked behind progression in the battle pass, though Blizzard ensured players that they can always be earned through the free track. Players that miss heroes from specific seasons will be able to buy them from the shop using Overwatch Coins or earn them via special challenges.