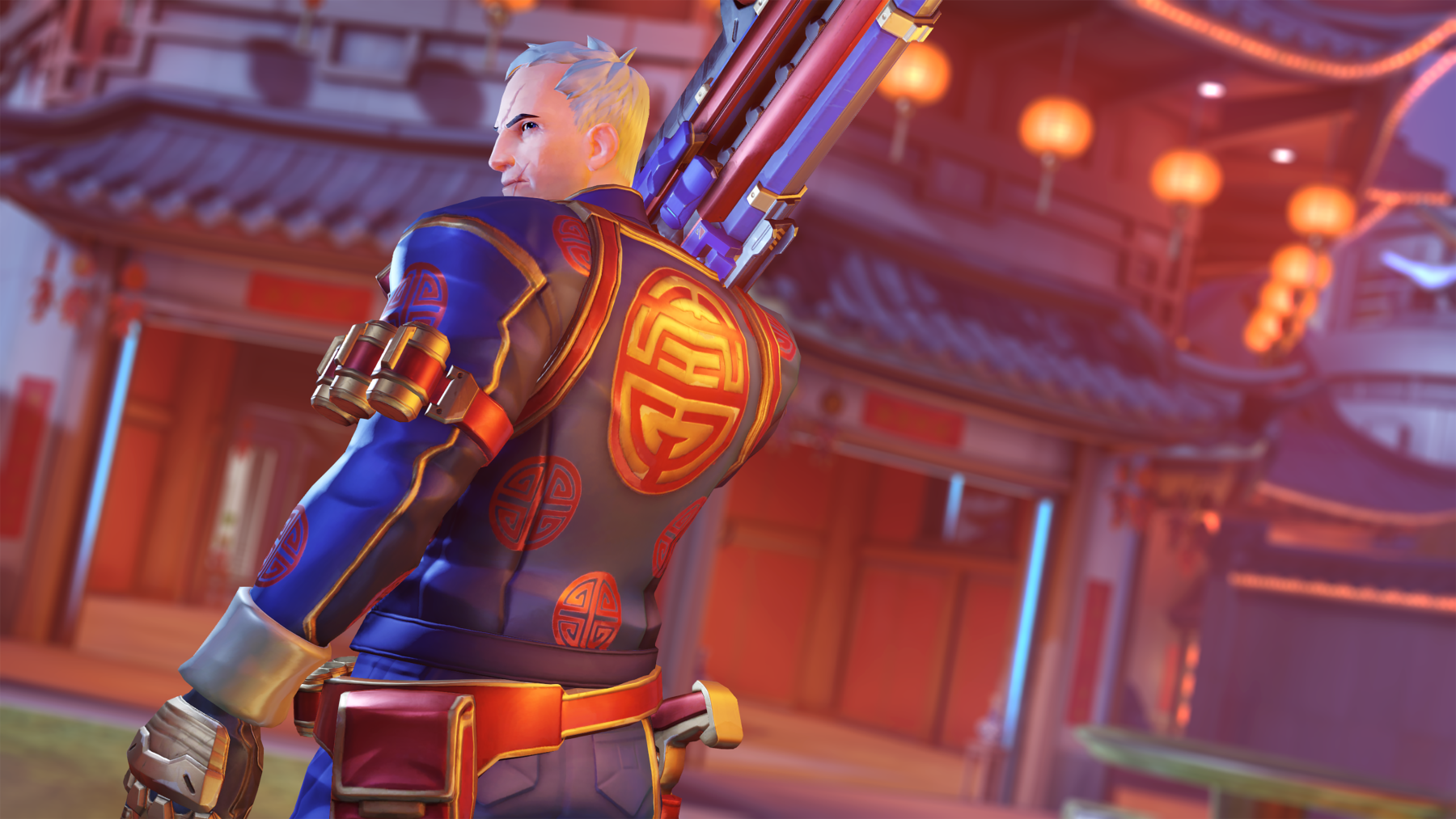 It’s the second week of Overwatch’s 2022 Lunar New Year event and that means there’s a new weekly challenge for players to complete that unlocks a slew of Soldier: 76-themed cosmetics.

The weekly challenge begins today and can be completed until next Tuesday, Feb. 8. The exact time that the challenge ends depends on what region you’re in.

Soldier: 76’s new Epic-quality Auspicious skin has a metallic blue base color for his pants and top. Meanwhile, a matching metallic red is present throughout. His utility belt and accessories are all a combination of that same metallic red and a shiny gold.

Players can win the skin just by playing 27 games of any Overwatch game mode. That includes quick play, competitive play, and arcade modes. As a bonus, any game that you win counts as two games.

On Feb. 8, a new challenge will start giving players an opportunity to earn Wrecking Ball’s Epic Porcelain skin. That will serve as the final weekly challenge of the 2022 Lunar New Year event.