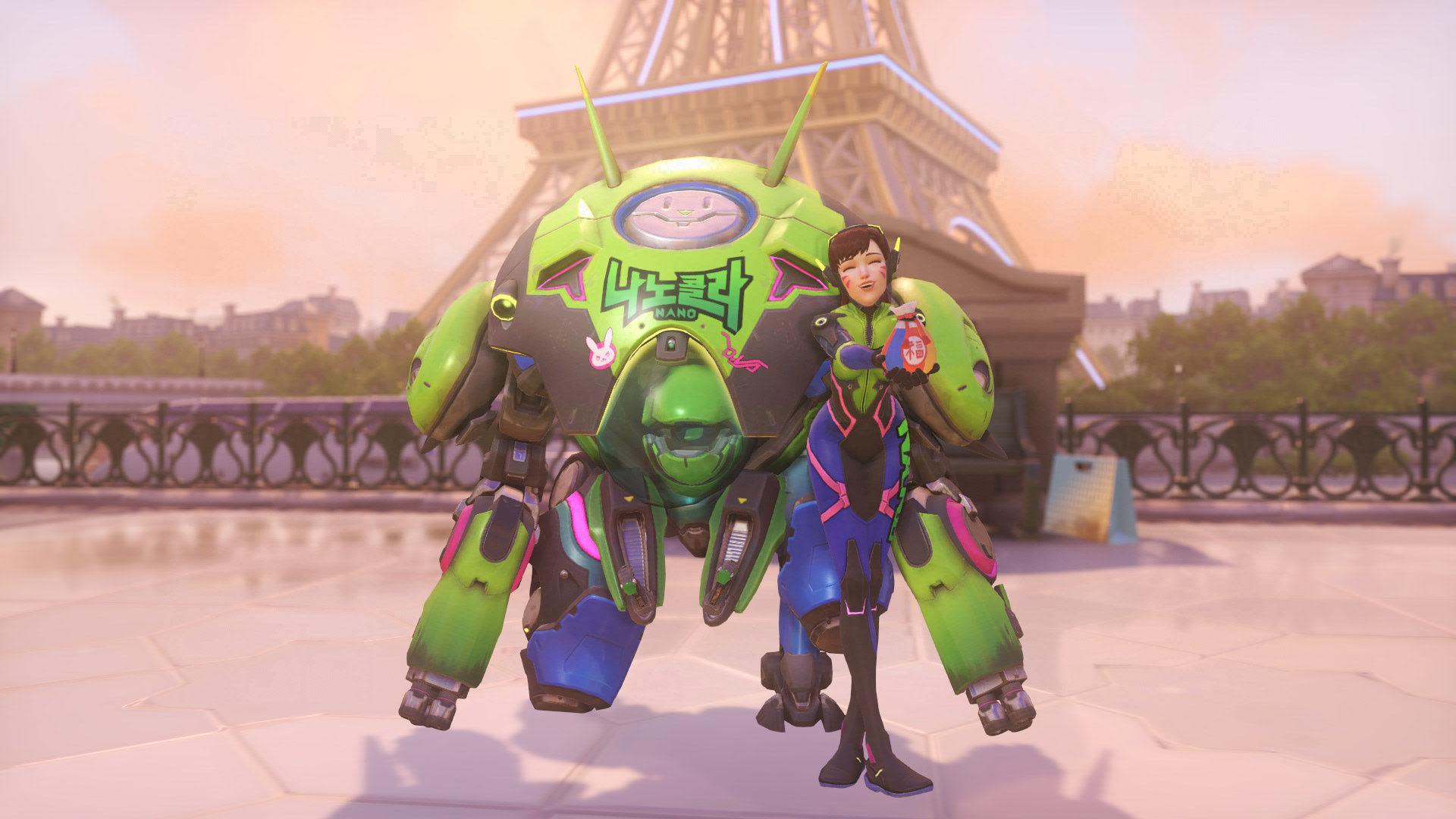 Overwatch’s Anniversary event began yesterday, and among the exclusive in-game goodies players can get their hands on is a Nano D.Va skin.

The green and blue outfit has pink accents and is a callback to a previous exclusive skin challenge event. And just like last time, you won’t be able to get it in a loot box or by using credits. The Nano D.Va skin can only be obtained by completing the game’s weekly challenge this week.

The Nano D.Va skin was originally only obtainable during a mini-event that Blizzard ran for the game in the last summer of 2018.

Fortunately, the challenge only requires players to play Overwatch. By completing 27 games of quick play, competitive, or an arcade mode, you can get the Nano D.Va skin you missed out on last time around. In the process, you’ll get a few other D.Va-themed items. Winning a game will give you credit toward two games instead of just one.

After nine games, players will get a pair of Nano D.Va-related sprays, and after 18, they will get a Nano Cola player icon. You only have until Tuesday, April 12, to complete the event, however.

Once the week is over, the next challenge will begin and players will be able to earn the Bastet Ana skin. The final week will give players a chance to get the Combat Medic Baptiste skin.