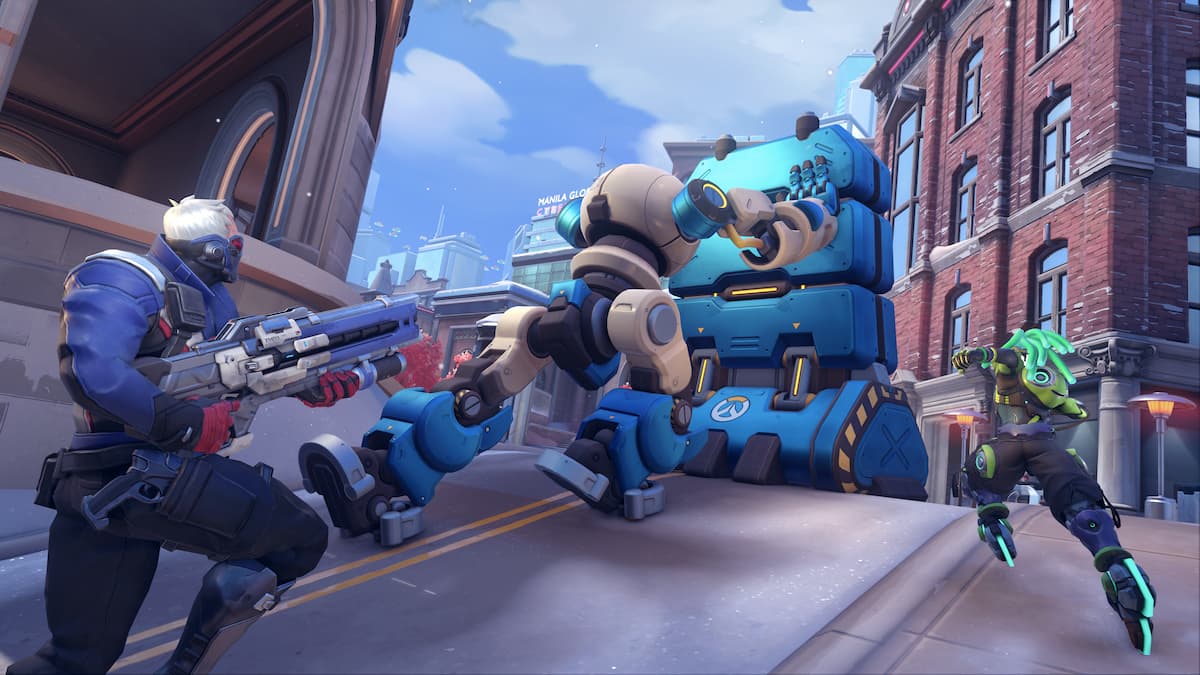 With the release of Overwatch 2 looming sometime in the future, fans of the franchise are always ready to dig into new aspects of the game. One of the key features we continue getting new information about is the new game mode, Push.

Push, which will be released alongside Overwatch 2, and features a singular robot named TW-1 that will be tasked with pushing a large barricade deeper into enemy territory. However, unlike a normal Escort or Hybrid game where only one team is tasked with pushing the objective, Push is more of a tug-of-war between both sides.

Players will battle around TW-1 and try to gain control of it by standing near enough to have the robot push it towards the opposing side. There will be multiple checkpoints for both teams, with new spawn points unlocking as progress is made towards either base.

Players can win a game of Push by getting TW-1 to push the barricade all the way to the end of its line on one side, which will end the round. And if the game ends without one team reaching the end when time or overtime runs out, the team that reached the furthest point will win.

Blizzard developers have specifically noted that the game was designed to focus less on pushing the robot to the final checkpoint and more around frantic battles to keep the other team from undoing your progress.

Push will be a core game mode, with multiple maps specific to it being added to Overwatch 2. Right now, those maps include Rome and Toronto, with more likely to come in the final version of the game.