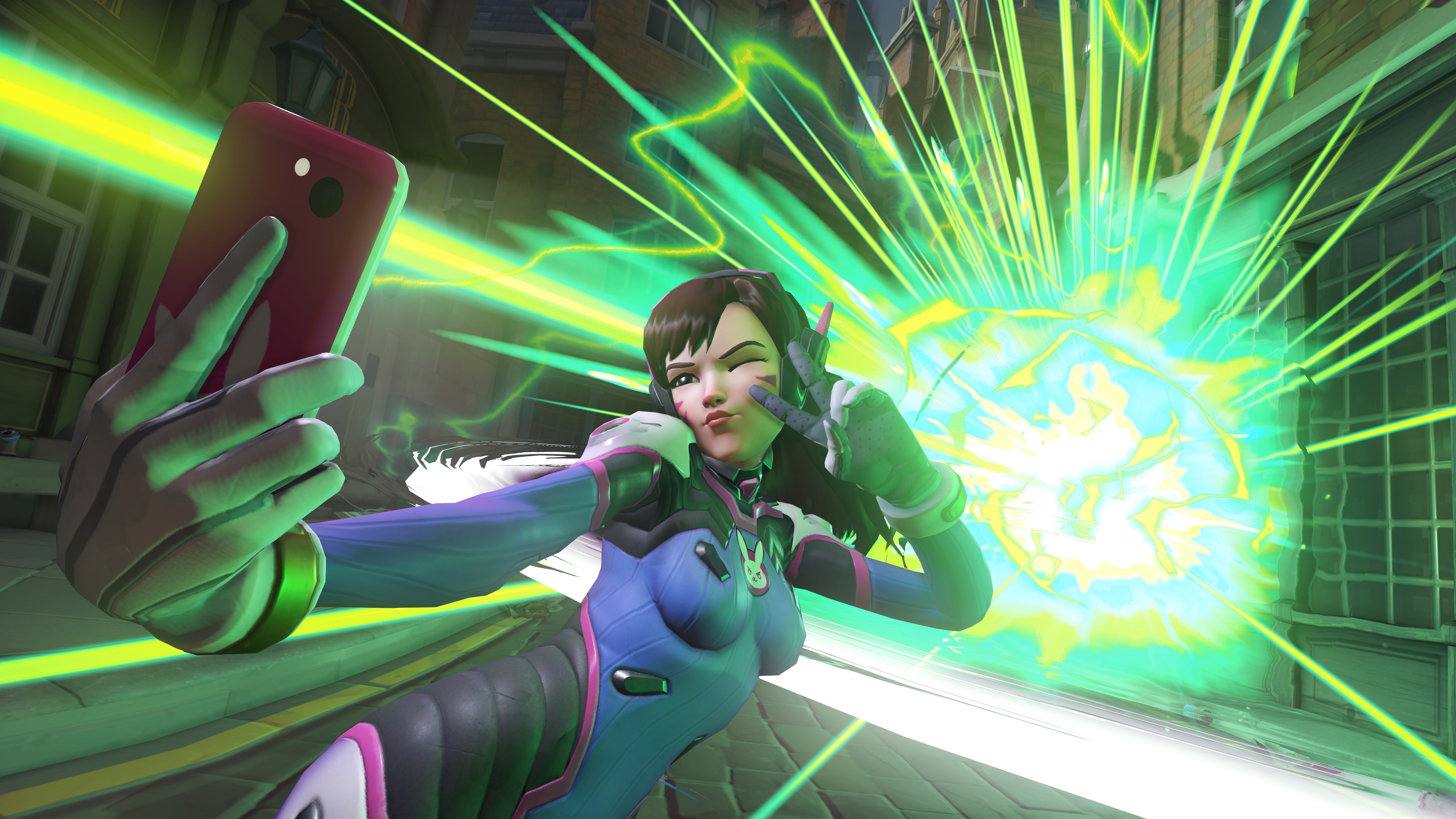 Heroes of the Storm’s Genji is a grade-A memer, but D.Va’s got jokes, too.

Overwatch’s pro-gaming hero is now available in the Heroes of the Storm public test realm, which means we also get to see her emotes and voice lines. Yeah, sure… her abilities matter, too. But what’s more important is that Blizzard has continued to embrace Gremlin D.Va—a gamer persona created by fans—in Heroes.

D.Va’s hearthing animation has the hero plopping herself on the ground with a bag of Doritos and a bottle of Mountain Dew. She’s double-fisting snacks while also playing a handheld video game. Watch D.Va’s bottom, left-hand portrait while in-game and you’ll see her chug a massive bottle of Mountain Dew as she plays.

D.Va’s also got jokes on top of jokes in her Heroes voice lines. “By the way, I know I say “Nerf this!” a lot, but please don’t actually “Nerf this!” D.Va says in-game. (D.Va likely wouldn’t be too happy about some of the adjustments Blizzard has made to her kit in Overwatch.) In Heroes, D.Va also teases the player for “wasting left clicks,” because after all, that doesn’t count as raising your APM.

Our favorite, however, is when D.Va breaks the fourth wall between games. In Overwatch, D.Va is a StarCraft pro-gamer. So it comes as a surprise to the hero when StarCraft heroes show up in-game. “Kerrigan? You’re real? I am such a huge fan!” D.Va says. Plenty more of her interactions with StarCraft heroes are of D.Va fangirling out. Blizzard, we’re pleased.

Experience them all in Heroes’ public test realm.