Wrecking Ball is live in Overwatch for PS4, Xbox One, and PC players 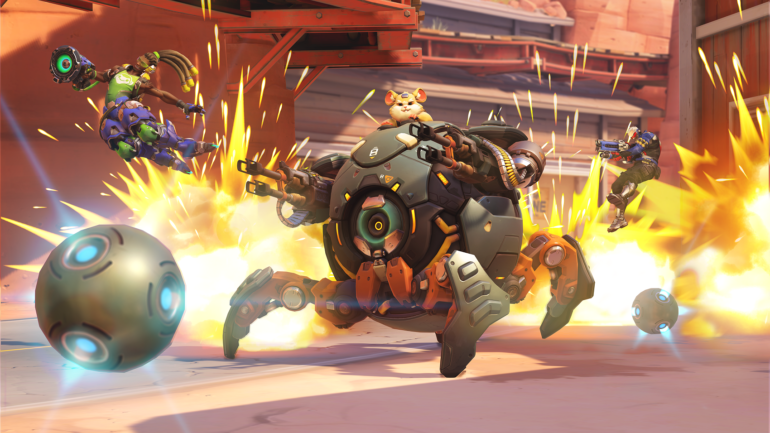 There’s a hamster in Overwatch now.

Yep, Blizzard finally uploaded its newest tank hero, Wrecking Ball, to Overwatch’s live server after almost a month on the PTR. Wrecking Ball, also known as Hammond, is a genetically-modified hamster who once lived on the moon with an Overwatch hero you’ve already heard a lot about—Winston. Both heroes were part of the Horizon Lunar Colony research program; Hammond escaped the moon in a pod attached to Winston’s escape ship.

Related: Here’s how to play Wrecking Ball, according to developer Geoff Goodman

He crash landed in Junkertown, and is about to cause chaos in your Overwatch matches. (Just Quick Play, the Arcade, and Custom games, though—Wrecking Ball will stay out of Competitive Play for a bit, per Blizzard rules.)

Wrecking Ball looks a bit different since his entrance into the Overwatch PTR. A nerf earlier in July targeted his grappling claw movement speed. Other changes came later, and Blizzard is hoping he’s looking a bit more balanced.

Here’s a breakdown of his abilities.