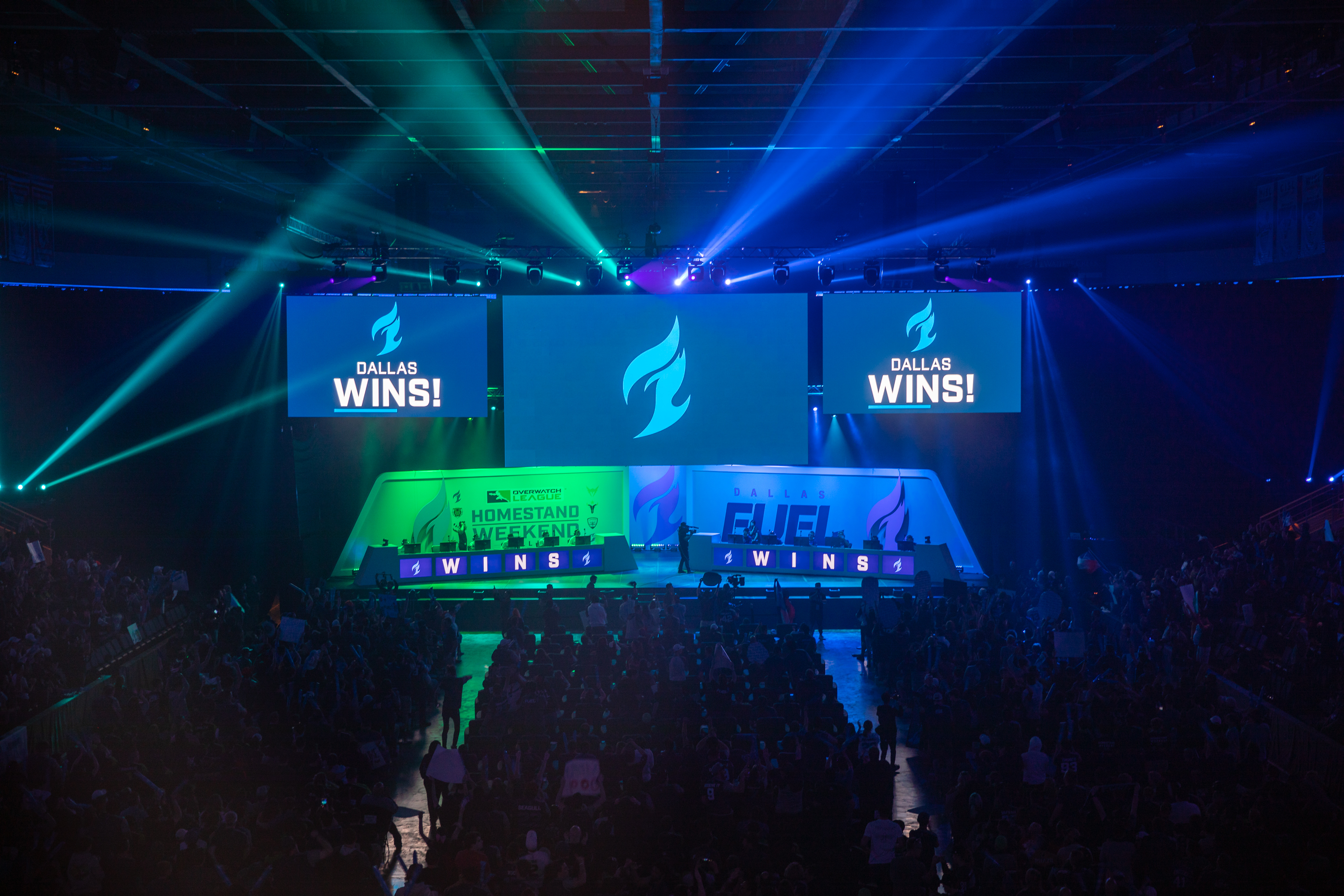 The Allen Event Center roared to life over the weekend as fans gathered in Dallas to celebrate the first Overwatch League home game hosted by the Dallas Fuel. The first of its kind, the Ultimate Weekend set its sights high, looking to offer attendees the ultimate esports fan experience. But did it succeed?

While ticketed esports events may seem like an oddity, they serve as a perfect way for the league to cultivate a sense of community. They bring fans and the competitive scene together under one roof—just as traditional sporting events have done.

Attending a live esports event is a unique experience compared to watching broadcasts online. And as this past weekend proved, games played on a team’s home turf take that experience one step further.

Navy blue banners hung throughout the building, and posters featuring individual players from the Fuel’s nine-person roster greeted fans as they entered the arena. The event center was well-equipped for its sold-out stadium, offering a plethora of convenient food and drink options throughout its L-shaped lobby.

But it wasn’t the stadium’s amenities that drove home the experience for many in attendance.

The sold-out crowd brought an unmatched energy level that couldn’t be achieved in the 500-seat Blizzard Arena in Burbank, California. When Dallas Fuel stepped on stage, the stadium shook with cheers of devout attendees. Coordinated chants echoed across the arena, and broadcast cameras frequently plucked energetic fans hoisting handcrafted signs out of the sea of blue jerseys.

The Ultimate Weekend proved home games not only provide engaging fan experiences but also create opportunities for smaller communities within the Overwatch League to celebrate their favorite teams and come together as fans.

What can be improved?

Very few attempts at anything are executed perfectly on the first try. A few technical difficulties stood in the way of this event achieving perfection.

Shortly after London Spitfire secured the first point of map one, the arena’s lights cut out, and fans seated in the arena were left in the dark. Power returned within seconds, but games were delayed for close to 45 minutes as the broadcast and games needed to be rebooted.

The blackout was part of an area-wide outage caused by problems with a local substation. According to Geoff Moore, president and COO of Envy Gaming, an uninterruptable power source was brought in to the event center overnight to ensure games couldn’t go down a second time during the weekend.

Atlanta Reign and Los Angeles Valiant, who will host their own homestead weekend later in the season, will have to have at least reach the bar Dallas Fuel set in the opening weekend.

With a nearly full rein of venue choice, however, teams should seek to carve out unique experiences for their own fanbases and home cities, while still providing a comparable experience to the one provided by the Ultimate Weekend.