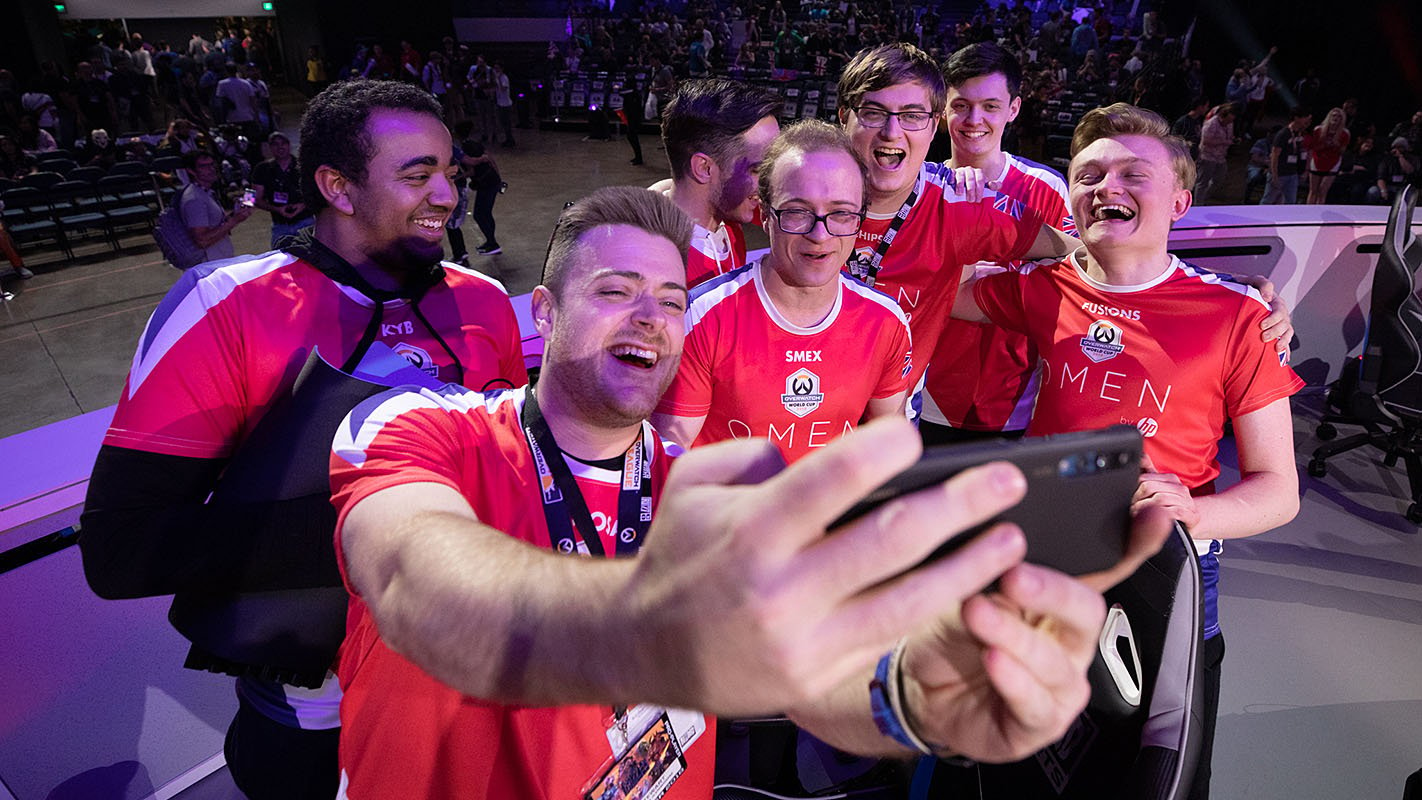 Cameron “Fusions” Bosworth shocked the world at the Overwatch World Cup at BlizzCon in November. Playing main tank for Team U.K., Fusions’ stellar Reinhardt and Winston performances drew attention to his seemingly boundless potential, landing him a two-way contract with Boston Uprising and Overwatch Contenders team Toronto Esports—which means that Fusions’ season returns will be dependent on which of the two teams he plays for.

Although fans of Contenders were already well aware of Fusions’ ability from watching him play with London Spitfire academy team British Hurricane, those less accustomed with the lower tiers of professional play got their first taste of Fusions at BlizzCon, where he helped an underdog Team U.K. reach the semifinals of the Overwatch World Cup.

Fusions went up against some of the biggest names in the industry, such as Koo “Fate” Pan-seung and Austin “Muma” Wilmot. Not only did Fusions contend with these players, on many occasions, he bested them, showcasing a plethora of reasons as to why he deserves a place in the Overwatch League.

An Overwatch aficionado since the game launched in 2016, Fusions is a name that OWL fans should get used to hearing and a player that they should look forward to watching when the league kicks off again on Feb. 14. He might just become one of the greatest Overwatch players in the world. That’s why we spoke to him about his roots, ambitions, and recent OWL deal ahead of his biggest Overwatch endeavor yet.

How did you start playing Overwatch?

Fusions: I started playing Overwatch with my friends during the open beta and just fell in love with the game. I knew that it was going to be a game that I played for a long time just because of how excited I was for the release.

How did you end up playing for the British Hurricane? Did you play with friends before or find an amateur team?

Before British Hurricane, I was in the tier two scene for a long time. I played with Mosaic Esports (before it became 6nakes) and also played with nerdRage for about eight months, which had Eoghan “Smex” O’Neill playing on it as well—in the original roster. In the beginning, I found my first team right after season one of Overwatch ended and I placed top 500. It just snowballed from there.

How did it feel when you got the call for Team U.K. for BlizzCon 2018?

I was super excited when Elliott Hayes (Team U.K.’s coach) told me I was being brought up to U.K. I was a little nervous to take over Chris’ position, but overall just excited to learn from the guys and get a chance to prove myself on stage. I’d say it worked out pretty well in the end.

How did you feel about going toe-to-toe with players like Fate and Muma?

Getting the chance to play against Muma and Fate on stage was really exciting, and after playing against them, I really gained a lot of confidence in my own play. I think facing those players was a big step in helping me improve and gain experience toward being in the Overwatch League.

You recently signed with Boston. Did you know that you were ready for OWL? What are your thoughts on performing at the top level now?

I definitely think that I’m ready for OWL because I’m very confident in my play. There are still some things, however, that I need to learn and stuff that I need to polish up on before I get playtime. My goal is to become the best tank in OWL at some point, so for me, it’s not about stopping here—it’s about getting even better and trying to crush the competition.

You were obviously very well known in Contenders already, but you and Team U.K. had the world behind you at BlizzCon. Do you have any advice for up-and-coming players as to how to make it to the next level?

The best advice I can give is to keep practicing and be open-minded when learning the game. It’s a really slow process and you’re not going to get insane at the game overnight. As long as you listen to feedback and force yourself to be as coachable as possible, you can make it pretty far just from the tier three or four scene.

If you haven’t seen Fusions play, you can tune in to his Twitch channel ahead of Overwatch League season two in order to get a feel for the rising star.

As Fusions said himself, he doesn’t plan on stopping here—his goal is to become the best tank in the OWL, which may seem like a huge task at first. Once you see him play, though, you’ll recognize that this goal is definitely within reach. He’s already proven himself against players that fans know as OWL’s best, so getting the chance to see him play at OWL-tier from February onward will enlighten everyone on exactly why Fusions is set to become one of the most talented Overwatch main tanks in the world.