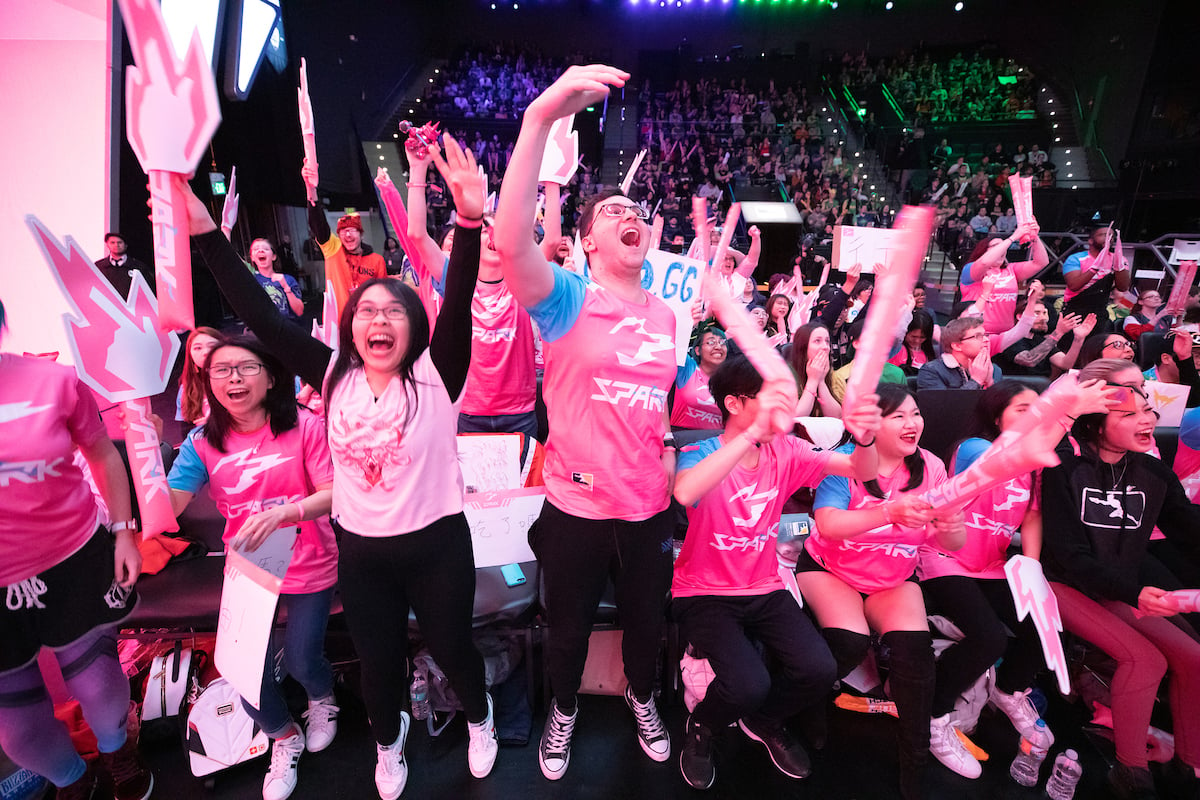 Despite having arguably the most popular team skins in the Overwatch League, the Hangzhou Spark has never quite been able to hit the top of the competitive leaderboard in the same way.

In 2020, the team ended with a 12-10 record, landing them squarely in the middle of the league. Thanks to favorable metas and some big performances, Hangzhou has sometimes climbed higher than the halfway point but failed to maintain that altitude.

This year, it feels obvious that Hangzhou is tired of mediocrity. The team almost instantly maxed out its roster limit, filling in gaps with talented rookies and committing to a mixed Chinese and Korean roster. All of the changes seem beneficial and powerful, but it’ll be up to the Spark to use those additions in an impactful way.

Winston specialist Qiulin “guxue” Xu returns for his third year as Hangzhou’s steadfast main tank. This time, he’ll be joined by rookie Lee “Takoyaki” Young-hyun, who hails from Meta Athena and Team Diamond. While guxue has been consistent at best, Takoyaki can fill in the missing main tank heroes that the team sorely needs.

Former London Spitfire off-tank Shin “BERNAR” Se-won will rock a pink jersey this year alongside talented rookie Jia “LiGe” Chengjie, who most recently played for Team CC in Overwatch Contenders China. With two strong main tank options, Hangzhou should be able to adjust to any meta.

Main support is one of the few roles where the Spark didn’t make any big changes. Park “iDK” Ho-jin returns with Liu “M1ka” Jiming to share the support spotlight. Neither of them have been the flashiest main supports in the East region, but they’re consistent and get the job done.

The Spark is combining new talent with former standouts in the DPS department. Hitscan prodigy Zheng “Shy” Yangjie, who played for Hangzhou’s academy team Bilibili Gaming, was picked up as soon as he was eligible to play in the league. He and Spark staple Kim “GodsB” Kyeong-bo will likely handle the Ashe and McCree duties for the team.

Former Vancouver Titans standout Seo “SeoMinSoo” Min-soo was also acquired in the offseason, joining up with former San Francisco Shock rival Park “Architect” Min-ho in the flex DPS role. With heroes like Mei and Doomfist becoming more important as the season kicks into gear, they’ll have to work together to topple over the major players in the East region.

In previous years of the Overwatch League, the Hangzhou Spark has always hovered around the middle of the pack. The team soared in some metas and crashed in others. This year, the team has to work with its existing player synergy and deep roster to make smart, mindful moves.

Some East region teams, like the Shanghai Dragons or Philadelphia Fusion, have star power working for them. Hangzhou has to beat that dazzle with cohesion and determination. As of right now, nothing in the East region feels set in stone. Teams like the Spark are more than capable of capitalizing on opportunities to get ahead.

The Hangzhou Spark’s first match of the season is against the Philadelphia Fusion on April 24 at 5:30am CT.