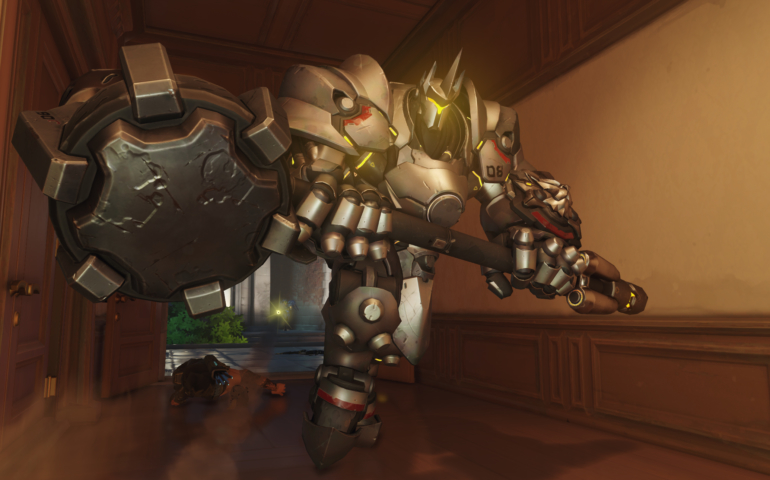 Desperate for loot boxes? Strapped for time? Look no further.

Here’s how to level as fast as humanly possible in Overwatch.

If you have the option, you should always consider playing with your friends. You get a 20-percent group bonus at the end of each game, no matter how many friends you play it. That’s a great deal of XP—and it adds up—so find a group and start grinding.

Queue up for ranked

You’re welcome to queue up for quickplay, arcade, or ranked, but the latter will likely grant you the most XP. If competitive play isn’t your style, though, and the stresses and anxieties of laddering don’t sit comfortably with you, there’s absolutely nothing wrong with quickplay. But the longer the match, the more XP you’ll get, meaning ranked games will benefit you the most.

Being good (or at least half-decent) at Overwatch makes a difference. If you’re consistently racking up medals and winning game after game, you’ll be drowning in XP. You’re awarded 150 XP for a gold medal, 100 XP for a silver, and 50 XP for a bronze. But, you’ll only be awarded for your best medal, so make sure to aim for at least one gold medal per game. Even if you’re new to the game, or you’re just plain bad, it shouldn’t stop you from going for gold. You can always try playing support or tank if damage isn’t your forte. There’s plenty of medals to go around.

You might be tempted to leave the match as soon as it finishes and find a new lobby. But this is counterproductive to the leveling process. You earn a guaranteed 250 XP for losing and 500 XP for winning (if you finish it), and you’ll get an extra 200 XP for playing consecutive matches. That’s bonus XP for practically nothing. And don’t forget it, because every point of XP counts.

Remember to play at least one game a day

Try to play and win at least one game a day. You’ll get an extra 1,500 XP for doing so. If you don’t feel like grinding, however, then you don’t have to. But one game definitely won’t harm you. The juicy XP is well worth the effort.