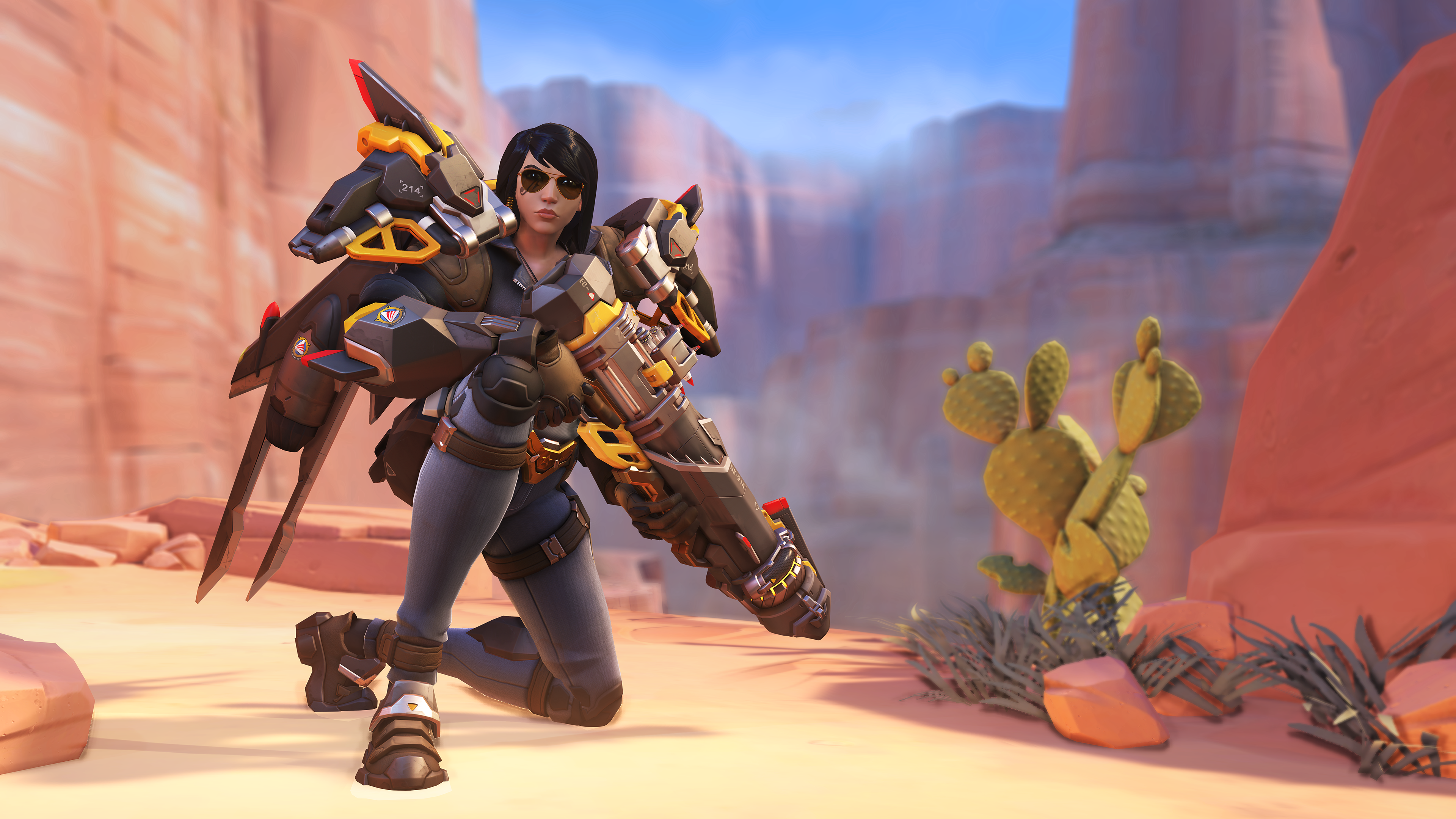 The annual Overwatch Archives event normally dives into the past, but this year’s skins jump right into some wild fashion trends. The 2020 Archives event dropped suddenly and runs from March 12 to April 2. Players can unlock a total of eight new skins during the event.

Three of the skins can only be unlocked by participating in the event’s weekly challenges. Each week, players will have to win a total of nine matches in competitive mode, arcade mode, or quick play to unlock that week’s skin.

The first skin available in the Archives weekly challenge is Holi Symmetra. This colorful skin celebrates the Festival of Colors, also known as Holi, a Hindu celebration that revolves around colored powders and cheerful parades. Netting nine wins before March 19 will grant players this skin, which shows the normally-stoic Symmetra covered in bright colors.

From March 19 to 26, players can earn this skin that gives our favorite machinist a slightly rusted look. Torbjörn looks like he matches the landscape of Eichenwalde and all the former war machines scattered throughout, overtaken by rust and plants.

Mei remains the queen of adorable skins with this addition, available through the March 26 to April 2 weekly challenge. Mei’s usual fluffy battle outfit is now purple and emblazoned with tiny, cute bears. Even her companion, Snowball, gets a cute makeover to match her new wardrobe.

As the most athletic hero in the game, Zarya has quite a few skins that circle back to her workout habits. This one is the most casual and, yet, the most fitting of her character thus far. Instead of having a wild 1980s-themed look or dripping in Olympic gold, Zarya looks like she’s about to run to the gym and then hit the juice bar. Even in her casual wear, she could still deadlift all of us.

In the current timeline of Overwatch, Ana is an older woman who was once a top agent within the organization. While she already has a few skins that transform her back into her youthful looks, this one is the most fun yet. Ana is free from her usual Overwatch uniform and wears something much more fitting her personality. It’s a fun, stylish flashback.

This time, Roadhog means business. The one-man apocalypse gets a full military-style makeover with his newest Legendary skin. It strays a bit from standard issue, with a large grenade attached to his hip and half the outfit falling off, but it fits Roadhog’s personality. We’re not sure what those bullets are for on his hand, but we don’t want to find out.

From common rat to jester to king, Junkrat is making his way up in the world. The notorious treasure hunter appears to have finally hit the top with this gaudy outfit. He gets a sparkling crown, tire straps made of gold bars, and even a bejeweled peg leg. The sweatpants with dollar signs really make the look.

If any Overwatch skin gets credit for breaking the internet lately, it’s this one. Most of Pharah’s outfits involve several layers of heavy armor for safety. In this skin, she finally gets to have a bit of fun with a cool-girl update, leather jacket included. She even gets jeans and excellent aviator sunglasses. Is she ready to party or rain down some justice? Why not both?

All of these skins will only be available during the 2020 Overwatch Archives event, which runs from March 12 to April 2. Epic skins can only be unlocked through participation in weekly challenges. Each Legendary skin can be unlocked through Archives loot boxes or purchased with 3,000 gold.