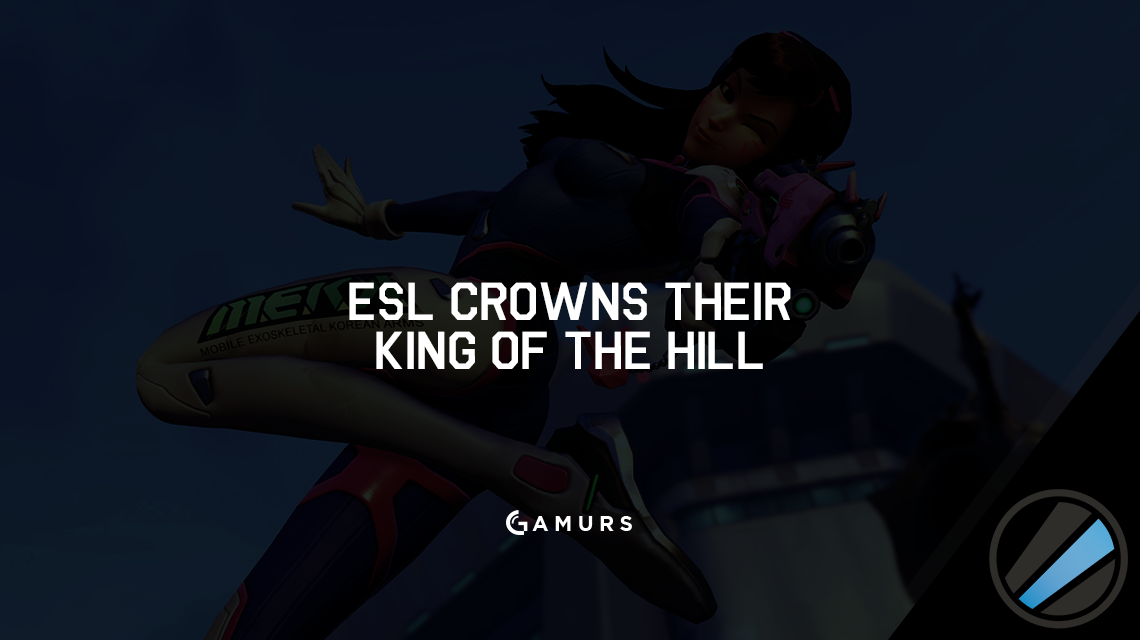 ESL has recently taken a bigpart in the Overwatch competitive scene. They are most known in thescene for their Atlantic Showdown, which recently ended its onlinequalifiers. Their offline tournament will take place at Gamescomfrom Aug. 20-21. On Aug. 9, ESL brought in a new weekly tournament:ESL King of the Hill.

If you’re interested inwatching King of the Hill, it is played every Tuesday at 5 p.m.PDT/ 8 p.m. EST/ 2 a.m. CEST on twitch.tv/ESL. The literal king ofthe hill every Tuesday gets $1,000, as well as an invite back tonext week’s competition.

The first ever King of the Hill,which was supposed to be played on Aug. 2, was played on Aug. 9.The four teams invited to the Aug. 2 date were re-invited, andthose teams were: compLexity, Sodipop, Team Liquid andSelfless.

Recap of the last King of theHill:

By winning this series,compLexity moved onto the finals to fight the winning team of TeamLiquid vs. Sodipop.

By winning this series, TeamLiquid moved onto the finals to fight compLexity for the king ofthe hill title.

What do you think about this new weekly tournament? Let us knowin the comments and make sure to follow us on Twitter, @GAMURScom, for live coverageand other esports content.