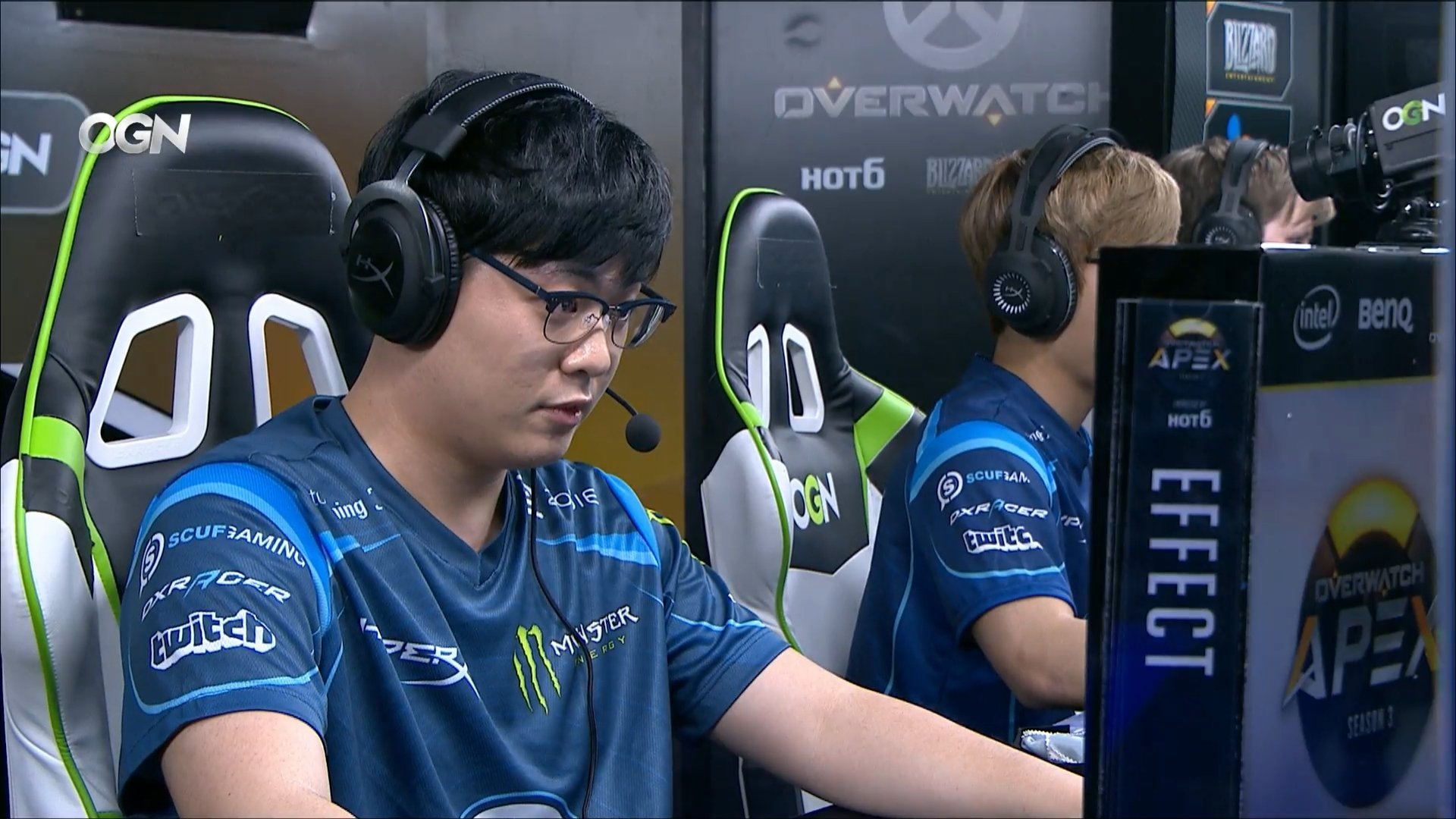 One of the new players on Team EnVyUs’s Overwatch roster has made an immediate effect on the squad in his first series.

Kim “Effect” Hyeon (along with fellow DPS player Lui “Lui” Olivares) joined the EnVyUs roster for the start of season three of Apex. In their first match of the season, they faced off against Meta Athena, who placed fourth in Apex season two and were easily the favorites heading into the match.

Along with Rogue, EnVyUs are one of two North American teams in Korea for Apex season three, playing on foreign soil and in front of intense Korean crowds. Some rust and home-field advantage may have factored in early as EnVyUs fell behind quickly in their first series, losing 2-0 on Oasis and 3-2 on King’s Row.

The third map of the series went to Volskaya Industries, and EnVyUs answered Meta Athena’s first round with a faster attack round of their own. A full hold on defense followed, and the boys in blue finished the map with a one-tick capture on offense to stay alive in the series.

Still down 2-1, the fight went to Dorado, and Effect’s Tracer play was huge as Meta Athena was unable to reach the first checkpoint on attack. EnVyUs went on to tie the series with ease and force a game five on Hollywood.

It was here that Effect solidified himself as a force to be reckoned with on Tracer, constantly a thorn in the side of Meta Athena on attack as EnVyUs earned a full hold. When it was EnVyUs’s turn on attack, it effectively turned into “The Effect Show.”

Effect made his impact felt throughout the match by filling his team’s DPS slot with slick Tracer play, making his living via harassing Meta Athena’s supports. Hours before their match began, Effect tweeted that he was the number one overall player in the Korean competitive ladder, and EnVyUs is his first professional team.

This may be the beginning of EnVyUs’s reclamation of glory. For much of 2016, the boys in blue dominated the Overwatch scene, especially when the tank meta was still in play. They finished a disappointing 7th/8th in season two of Apex, and then picked up Effect and Lui before season three.

Dive compositions are very strong in the new meta. This relies on Tracer, and solid play from the hero is something that EnVyUs had lacked until Effect showed up today and loudly announced his arrival on the scene.

Effect and EnVyUs will next be seen in their Apex season three match on May 23 against Rhinos Gaming Wings.