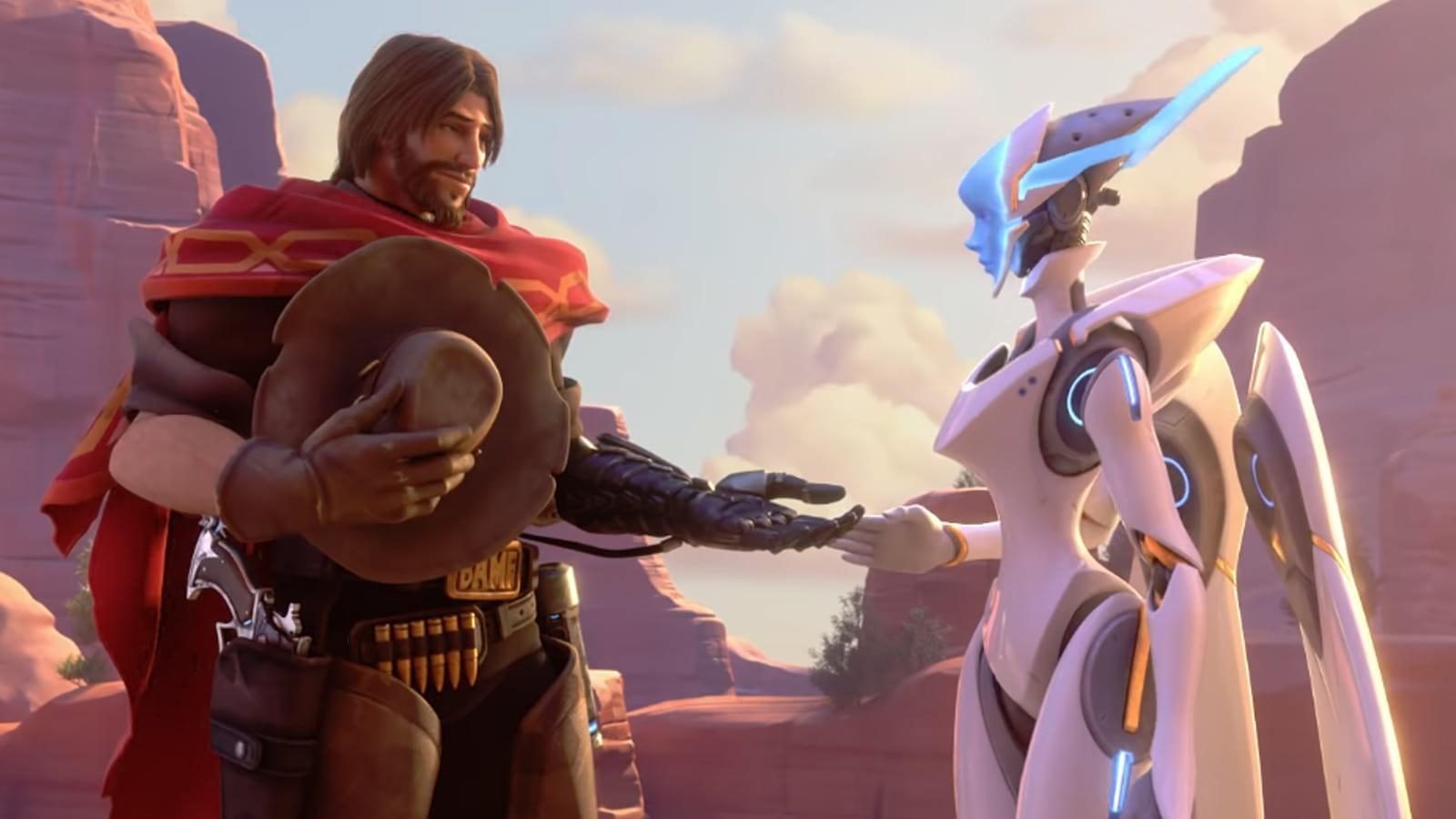 After a year of waiting, Overwatch fans may finally get to play as Echo. The omnic hero looks set to join the first-person shooter’s cast of characters as the 32nd hero for the series, according to a report by ESPN.

Echo’s release, which is mentioned in the report as part of a larger leak surrounding Overwatch 2, references artwork in the leaked document about the hero that was revealed over a year ago at BlizzCon 2018.

Echo’s character design was initially revealed during McCree’s animated short, named Reunion, which was released at BlizzCon 2018. While many expected she would be joining the game last year, it was, in fact, Ashe that released instead.

It would also make her the first new character to be added into the reported sequel, which is expected to have a number of new modes including a PVE story mode.

Of course, all this information should be taken with a grain of salt until we get official confirmation from Blizzard. The developer is expected to reveal the news at BlizzCon, which starts Nov. 1, so it won’t be long before fans get their answers.