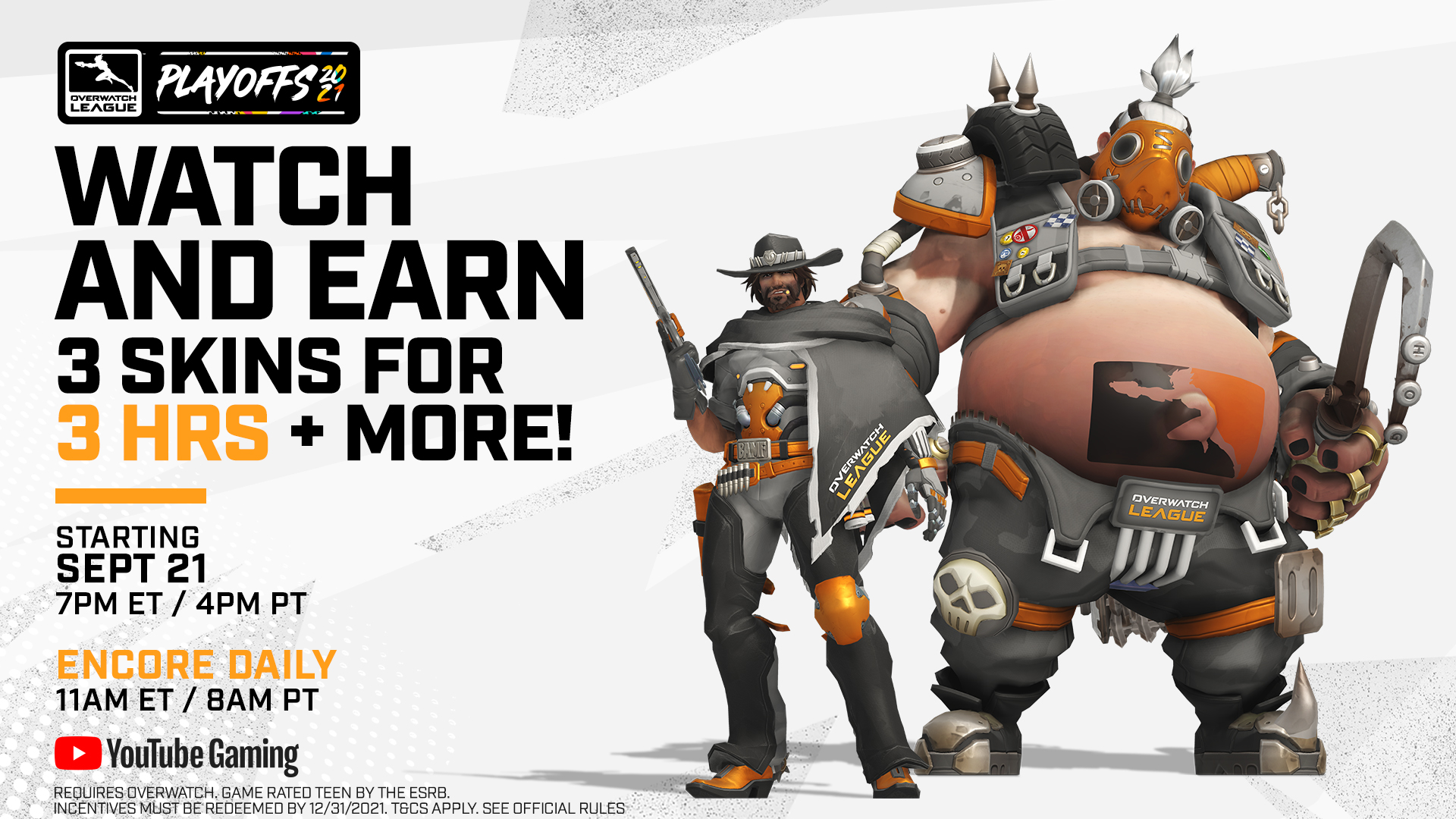 From Sept. 21 through the grand finals on Sept. 25, Overwatch League fans can earn sprays by watching any of the 14 matches taking place.

As usual, every hour of watch time will award players five League Tokens when they view matches on any of the available platforms. In addition, the Overwatch League has released some nifty rewards for those who watch more than nine hours of OWL matches during the playoffs and more than two hours of the grand finals match.

The gray OWL skins have been given out before as All Access Pass perks and as rewards for watching each monthly tournament, but this is the first time a large number of the gray skins have been available in such a short amount of time.

From Sept. 21 to 24, fans can watch OWL matches and receive a set of three OWL skins. At three hours of watch time, viewers will receive Reinhardt, Soldier: 76, and Torbjörn skins. At six hours, they’ll get additional skins for Junkrat, Roadhog, and Sombra. And at nine hours, they’ll earn Doomfist, Hanzo and McCree skins.

For the OWL grand finals on Sept. 25, fans can earn a unique grand finals spray featuring Tracer, Lucio, Genji, Zenyatta, D.Va, and Hammond. After one hour of view time, fans can earn Orisa, Pharah, and Symmetra skins. Two hours of view time will grant the viewer the Genji, Moira, and Reaper OWL skins, as well as 100 League Tokens, which is enough to buy one new OWL team skin in the shop.

How to watch the OWL playoffs and grand finals

The OWL playoffs take place from Sept. 21 to 23 at 6pm CT and Sept. 24 at 8pm CT. The grand finals will start on Sept. 25 at 8pm CT. Matches between the West region teams commence earlier than the matches involving the East region teams on each of the playoff days. Matches can be viewed on the OWL YouTube channel, the OWL website, and on the OWL app.